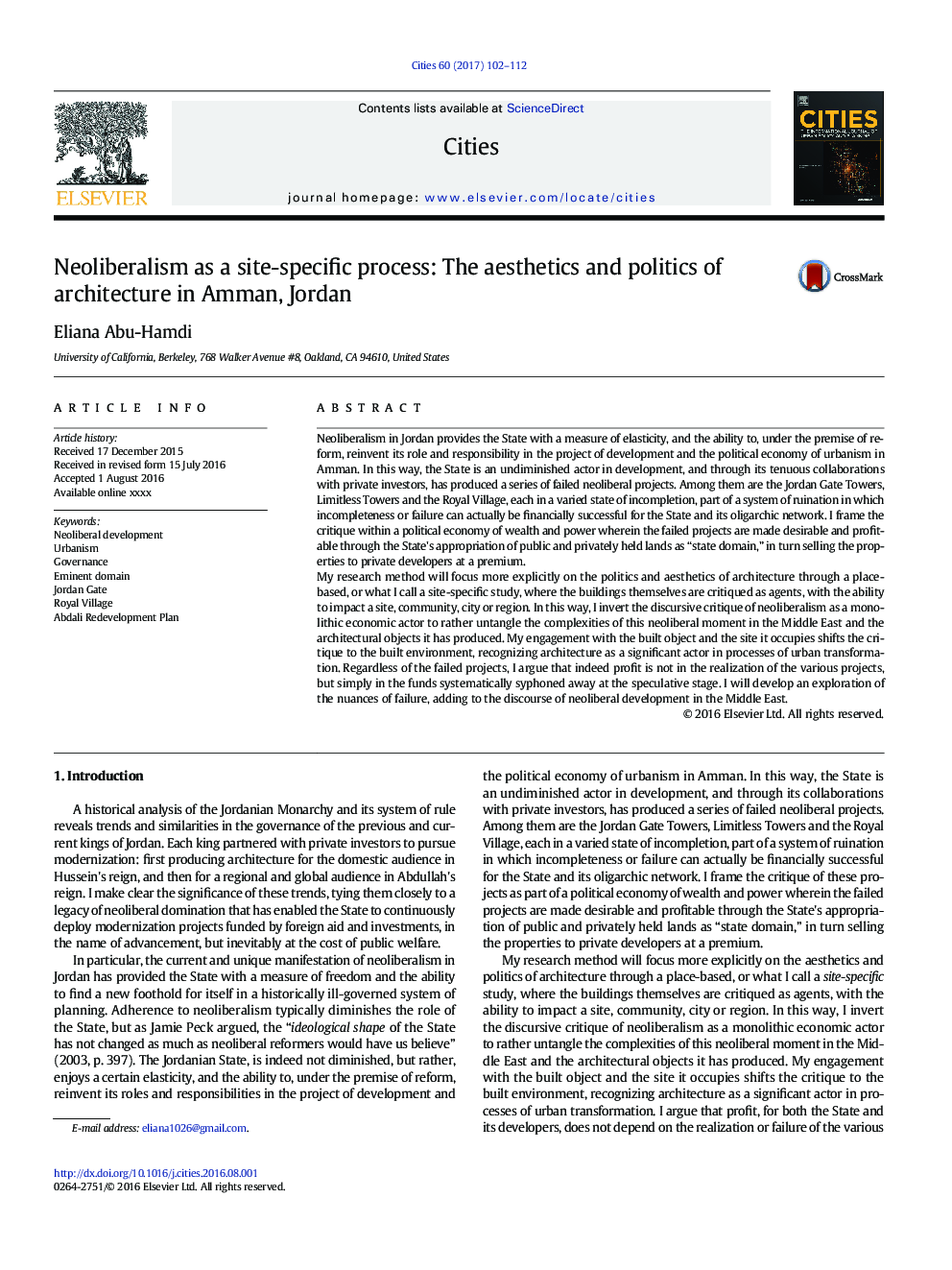 • A site-specific critique of buildings as agents, with the ability to impact a site, city or region
• The Jordanian State has reinvented its role and responsibility in the project of development.
• Failed projects are profitable through the State's appropriation of land as “state domain.”

Neoliberalism in Jordan provides the State with a measure of elasticity, and the ability to, under the premise of reform, reinvent its role and responsibility in the project of development and the political economy of urbanism in Amman. In this way, the State is an undiminished actor in development, and through its tenuous collaborations with private investors, has produced a series of failed neoliberal projects. Among them are the Jordan Gate Towers, Limitless Towers and the Royal Village, each in a varied state of incompletion, part of a system of ruination in which incompleteness or failure can actually be financially successful for the State and its oligarchic network. I frame the critique within a political economy of wealth and power wherein the failed projects are made desirable and profitable through the State's appropriation of public and privately held lands as “state domain,” in turn selling the properties to private developers at a premium.My research method will focus more explicitly on the politics and aesthetics of architecture through a place-based, or what I call a site-specific study, where the buildings themselves are critiqued as agents, with the ability to impact a site, community, city or region. In this way, I invert the discursive critique of neoliberalism as a monolithic economic actor to rather untangle the complexities of this neoliberal moment in the Middle East and the architectural objects it has produced. My engagement with the built object and the site it occupies shifts the critique to the built environment, recognizing architecture as a significant actor in processes of urban transformation. Regardless of the failed projects, I argue that indeed profit is not in the realization of the various projects, but simply in the funds systematically syphoned away at the speculative stage. I will develop an exploration of the nuances of failure, adding to the discourse of neoliberal development in the Middle East.