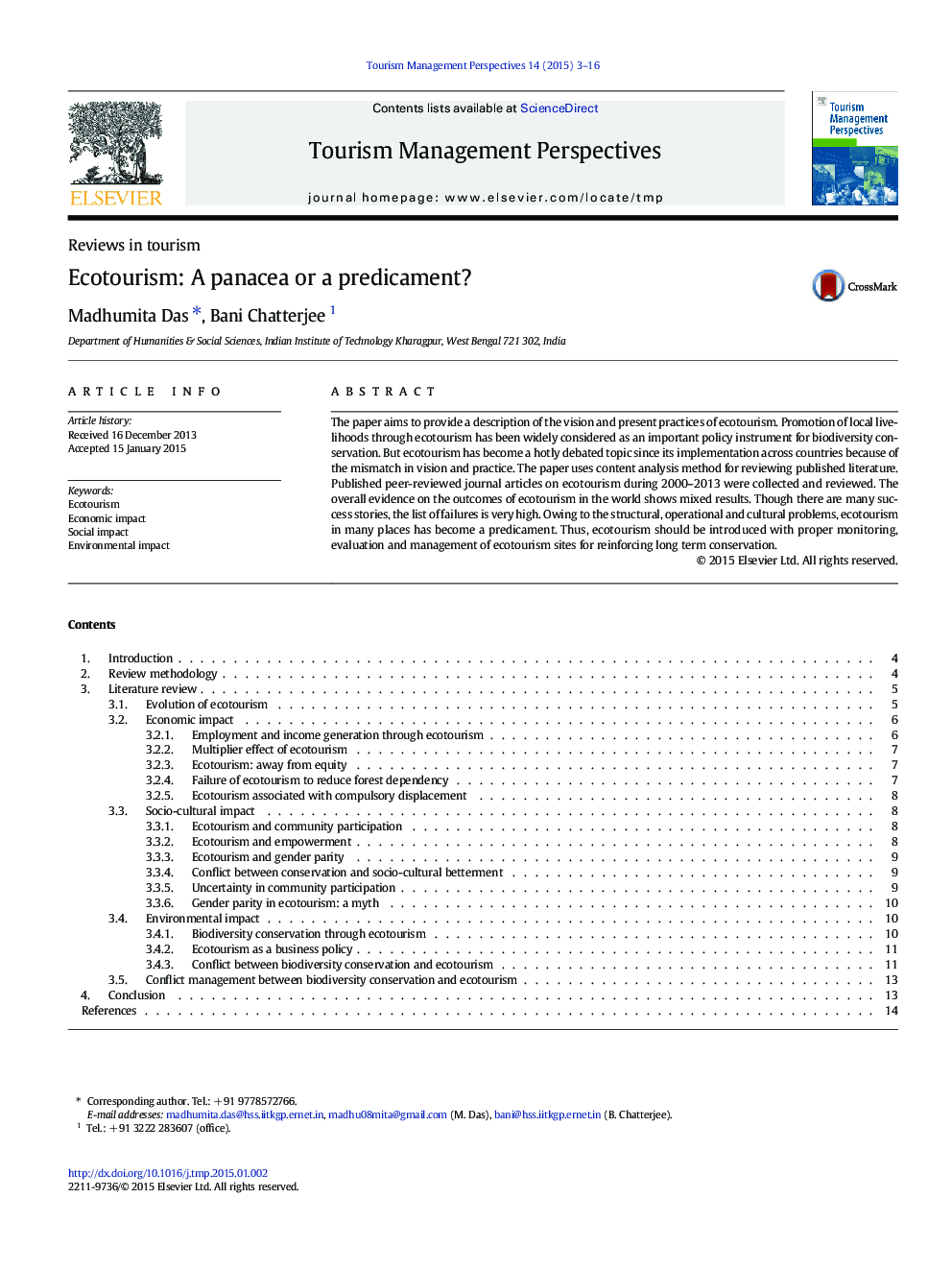 • The paper uses content analysis method for reviewing published peer-reviewed journal articles on ecotourism 2000–2013
• At present economic incentives play a major role in number of sites leading to partial success of ecotourism. However economic incentives without socio-cultural betterment, and proper management of the sites will not help in conservation.
• Putting environment above people will also not help in conservation of the natural resources.
• The dynamics of the three major stakeholders: (a) resources, (b) community, and (c) tourists are most important for the success of ecotourism and thus they are to be managed properly.

The paper aims to provide a description of the vision and present practices of ecotourism. Promotion of local livelihoods through ecotourism has been widely considered as an important policy instrument for biodiversity conservation. But ecotourism has become a hotly debated topic since its implementation across countries because of the mismatch in vision and practice. The paper uses content analysis method for reviewing published literature. Published peer-reviewed journal articles on ecotourism during 2000–2013 were collected and reviewed. The overall evidence on the outcomes of ecotourism in the world shows mixed results. Though there are many success stories, the list of failures is very high. Owing to the structural, operational and cultural problems, ecotourism in many places has become a predicament. Thus, ecotourism should be introduced with proper monitoring, evaluation and management of ecotourism sites for reinforcing long term conservation.