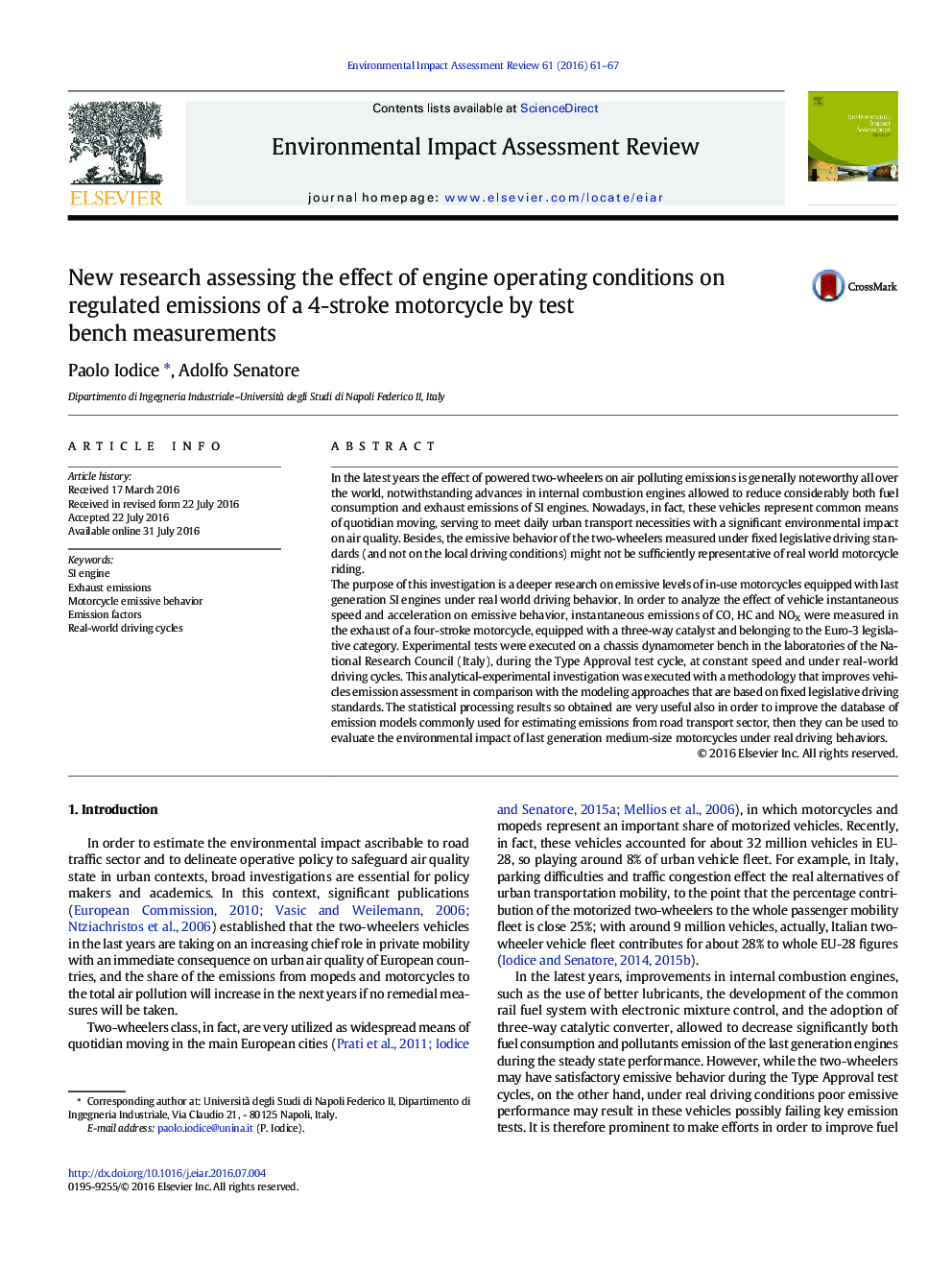 In the latest years the effect of powered two-wheelers on air polluting emissions is generally noteworthy all over the world, notwithstanding advances in internal combustion engines allowed to reduce considerably both fuel consumption and exhaust emissions of SI engines. Nowadays, in fact, these vehicles represent common means of quotidian moving, serving to meet daily urban transport necessities with a significant environmental impact on air quality. Besides, the emissive behavior of the two-wheelers measured under fixed legislative driving standards (and not on the local driving conditions) might not be sufficiently representative of real world motorcycle riding.The purpose of this investigation is a deeper research on emissive levels of in-use motorcycles equipped with last generation SI engines under real world driving behavior. In order to analyze the effect of vehicle instantaneous speed and acceleration on emissive behavior, instantaneous emissions of CO, HC and NOX were measured in the exhaust of a four-stroke motorcycle, equipped with a three-way catalyst and belonging to the Euro-3 legislative category. Experimental tests were executed on a chassis dynamometer bench in the laboratories of the National Research Council (Italy), during the Type Approval test cycle, at constant speed and under real-world driving cycles. This analytical-experimental investigation was executed with a methodology that improves vehicles emission assessment in comparison with the modeling approaches that are based on fixed legislative driving standards. The statistical processing results so obtained are very useful also in order to improve the database of emission models commonly used for estimating emissions from road transport sector, then they can be used to evaluate the environmental impact of last generation medium-size motorcycles under real driving behaviors.