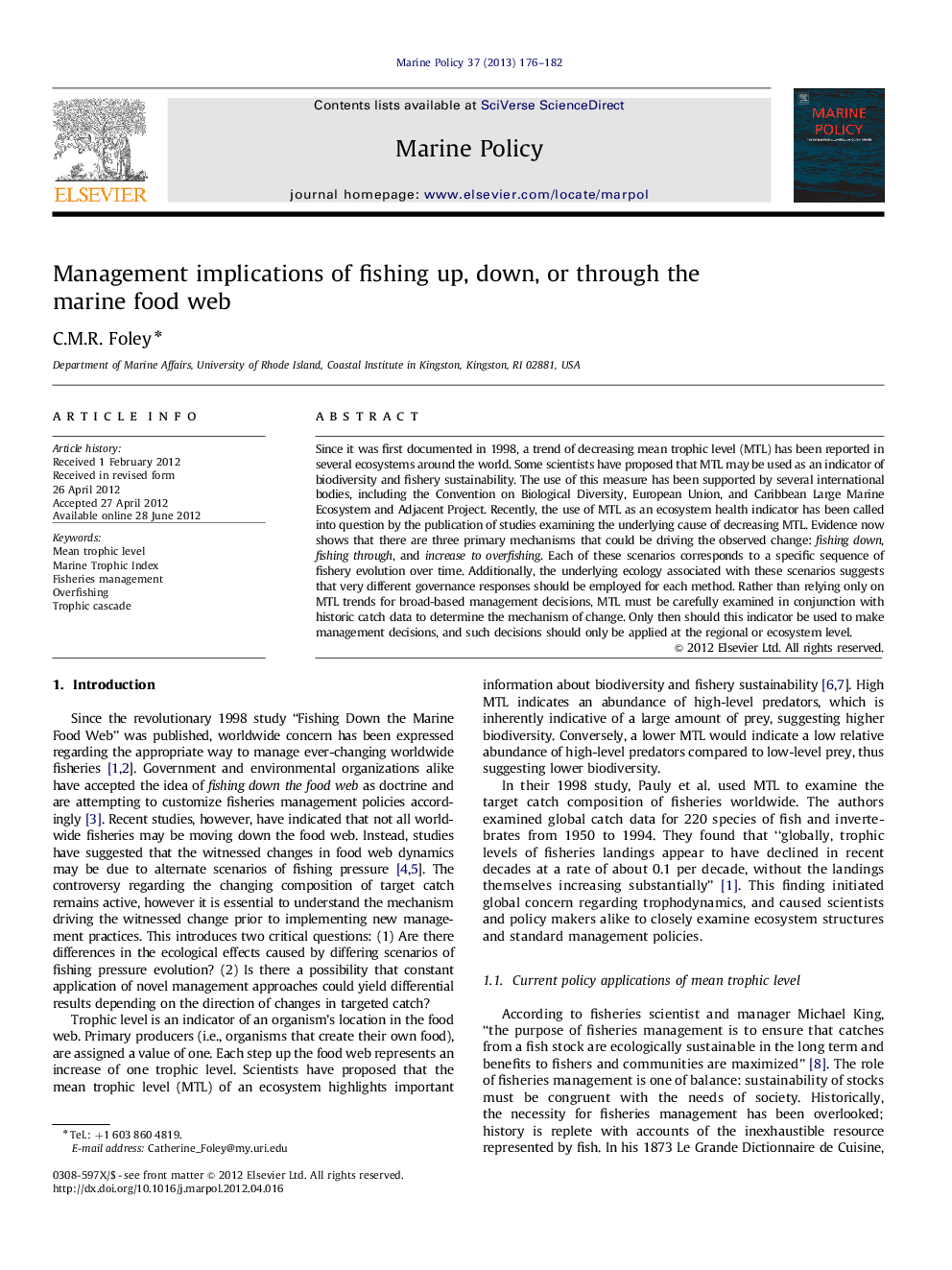 Since it was first documented in 1998, a trend of decreasing mean trophic level (MTL) has been reported in several ecosystems around the world. Some scientists have proposed that MTL may be used as an indicator of biodiversity and fishery sustainability. The use of this measure has been supported by several international bodies, including the Convention on Biological Diversity, European Union, and Caribbean Large Marine Ecosystem and Adjacent Project. Recently, the use of MTL as an ecosystem health indicator has been called into question by the publication of studies examining the underlying cause of decreasing MTL. Evidence now shows that there are three primary mechanisms that could be driving the observed change: fishing down, fishing through, and increase to overfishing. Each of these scenarios corresponds to a specific sequence of fishery evolution over time. Additionally, the underlying ecology associated with these scenarios suggests that very different governance responses should be employed for each method. Rather than relying only on MTL trends for broad-based management decisions, MTL must be carefully examined in conjunction with historic catch data to determine the mechanism of change. Only then should this indicator be used to make management decisions, and such decisions should only be applied at the regional or ecosystem level.