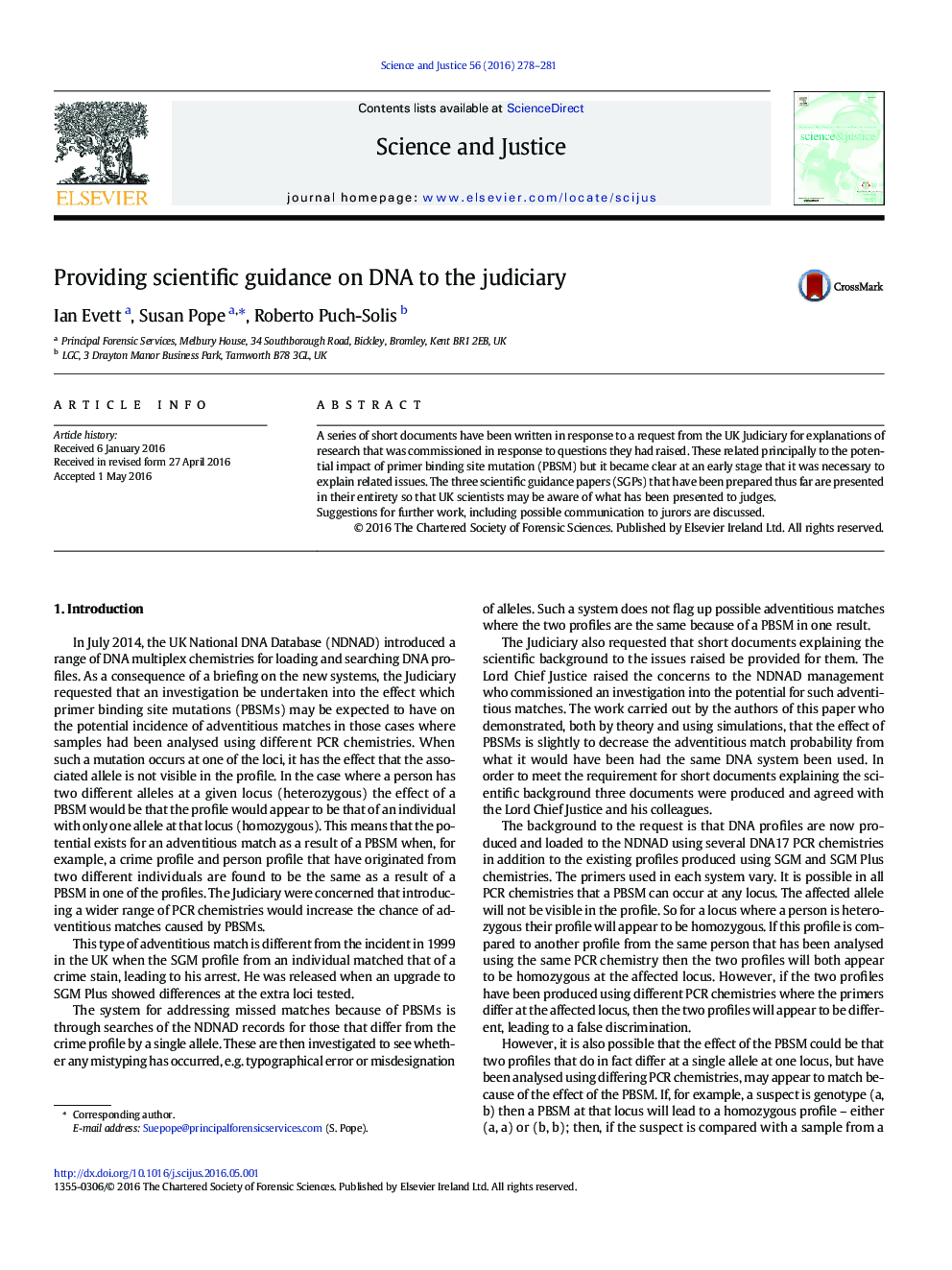 • The UK judiciary asked the National DNA Database about Primer Binding Site Mutations.
• Work was undertaken to address the issues.
• The judiciary required supporting documents to explain the background science.
• Three short guidance papers have been produced, discussed and agreed with the Judiciary.
• These are presented as examples for future scientific guidance.

A series of short documents have been written in response to a request from the UK Judiciary for explanations of research that was commissioned in response to questions they had raised. These related principally to the potential impact of primer binding site mutation (PBSM) but it became clear at an early stage that it was necessary to explain related issues. The three scientific guidance papers (SGPs) that have been prepared thus far are presented in their entirety so that UK scientists may be aware of what has been presented to judges.Suggestions for further work, including possible communication to jurors are discussed.