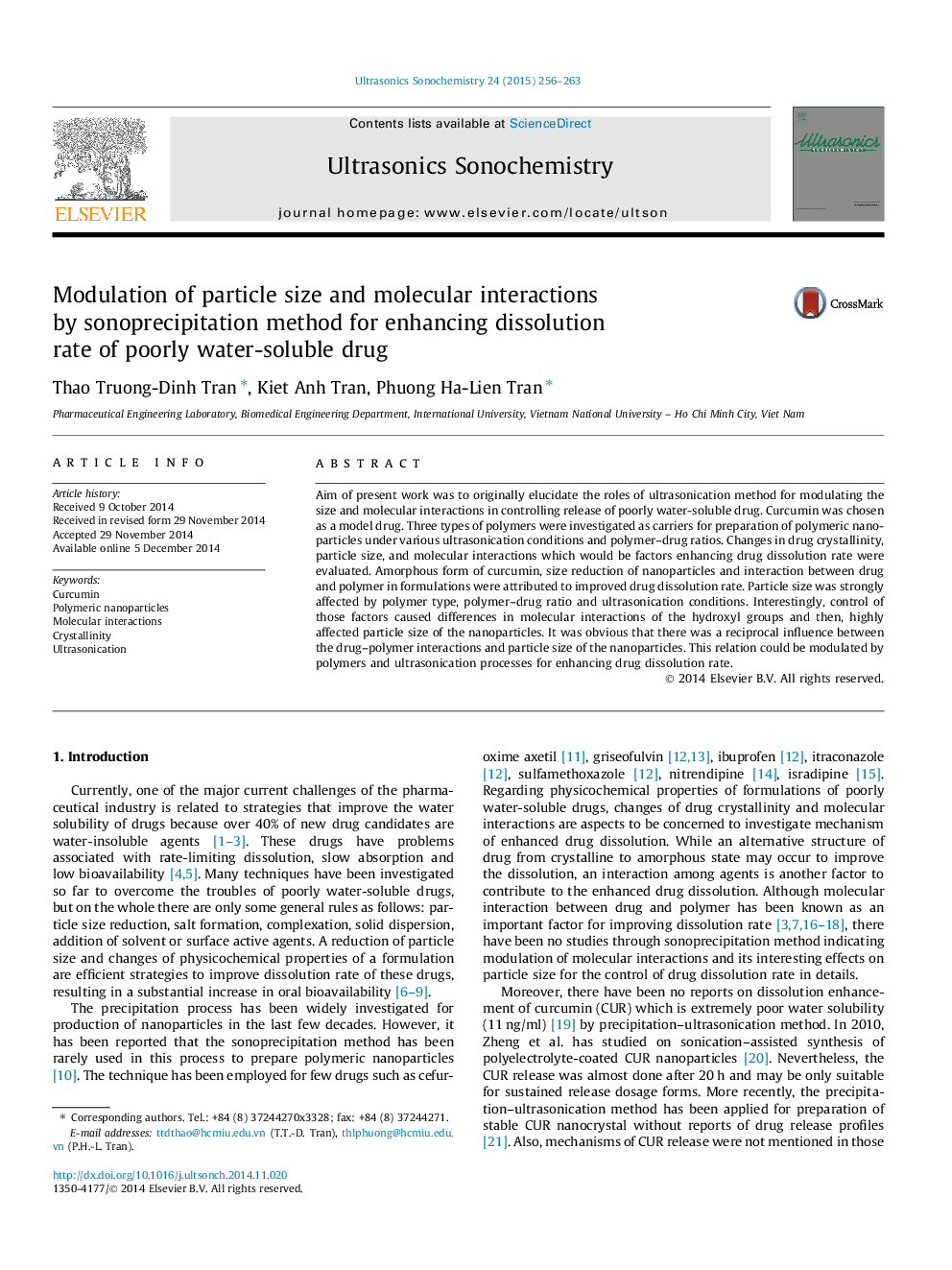 Aim of present work was to originally elucidate the roles of ultrasonication method for modulating the size and molecular interactions in controlling release of poorly water-soluble drug. Curcumin was chosen as a model drug. Three types of polymers were investigated as carriers for preparation of polymeric nanoparticles under various ultrasonication conditions and polymer–drug ratios. Changes in drug crystallinity, particle size, and molecular interactions which would be factors enhancing drug dissolution rate were evaluated. Amorphous form of curcumin, size reduction of nanoparticles and interaction between drug and polymer in formulations were attributed to improved drug dissolution rate. Particle size was strongly affected by polymer type, polymer–drug ratio and ultrasonication conditions. Interestingly, control of those factors caused differences in molecular interactions of the hydroxyl groups and then, highly affected particle size of the nanoparticles. It was obvious that there was a reciprocal influence between the drug–polymer interactions and particle size of the nanoparticles. This relation could be modulated by polymers and ultrasonication processes for enhancing drug dissolution rate.