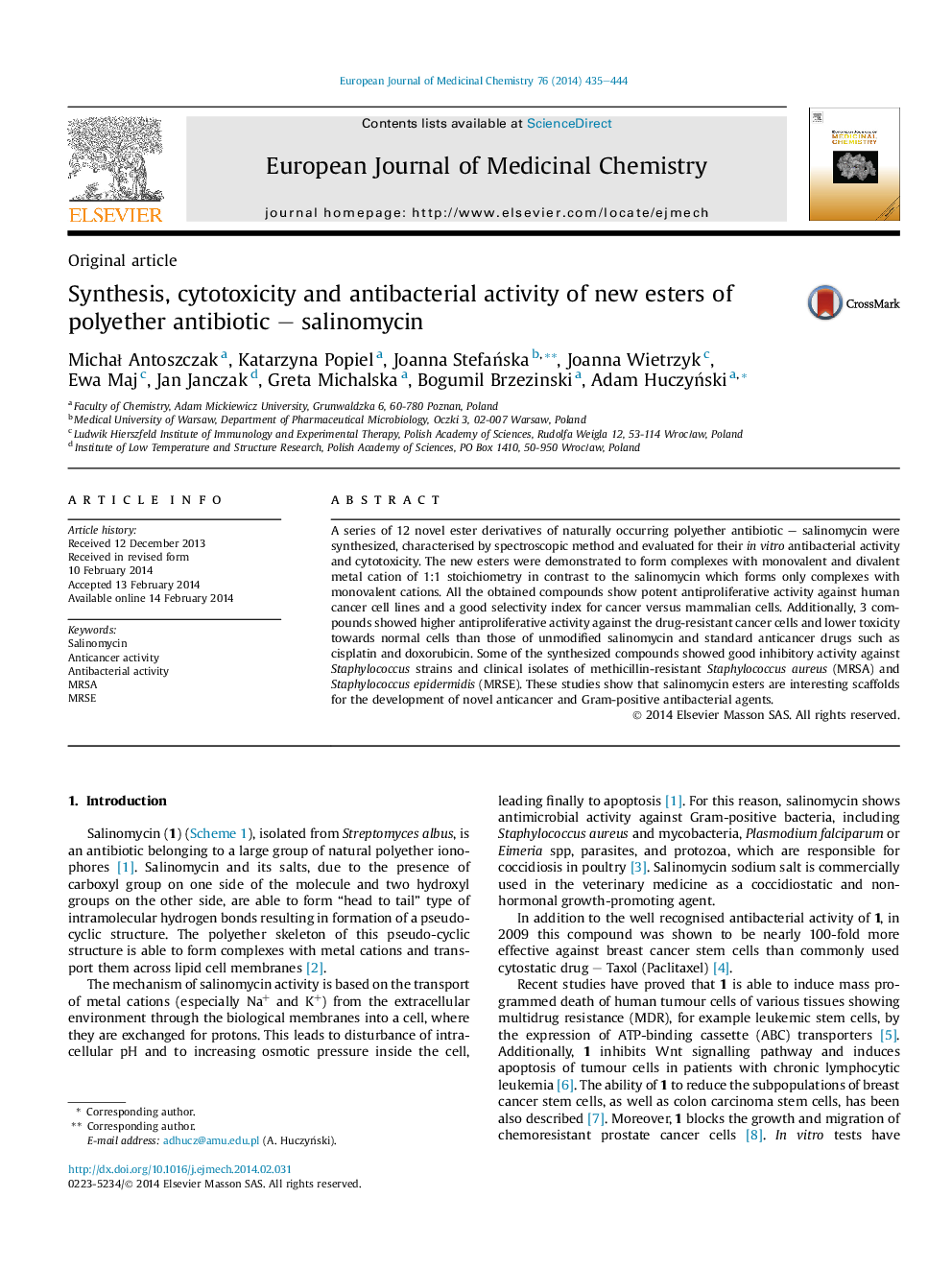 A series of 12 novel ester derivatives of naturally occurring polyether antibiotic – salinomycin were synthesized, characterised by spectroscopic method and evaluated for their in vitro antibacterial activity and cytotoxicity. The new esters were demonstrated to form complexes with monovalent and divalent metal cation of 1:1 stoichiometry in contrast to the salinomycin which forms only complexes with monovalent cations. All the obtained compounds show potent antiproliferative activity against human cancer cell lines and a good selectivity index for cancer versus mammalian cells. Additionally, 3 compounds showed higher antiproliferative activity against the drug-resistant cancer cells and lower toxicity towards normal cells than those of unmodified salinomycin and standard anticancer drugs such as cisplatin and doxorubicin. Some of the synthesized compounds showed good inhibitory activity against Staphylococcus strains and clinical isolates of methicillin-resistant Staphylococcus aureus (MRSA) and Staphylococcus epidermidis (MRSE). These studies show that salinomycin esters are interesting scaffolds for the development of novel anticancer and Gram-positive antibacterial agents.