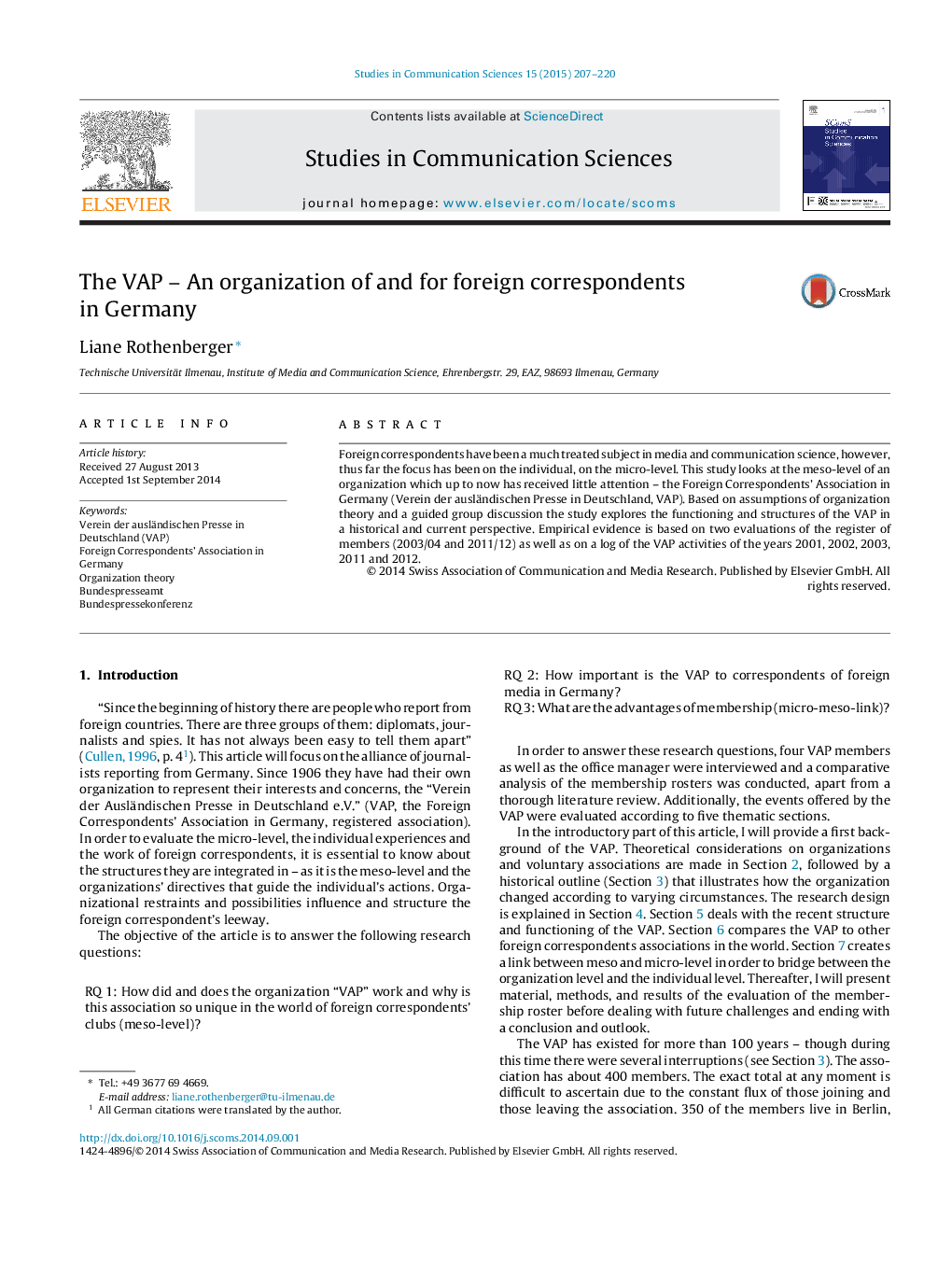 Foreign correspondents have been a much treated subject in media and communication science, however, thus far the focus has been on the individual, on the micro-level. This study looks at the meso-level of an organization which up to now has received little attention – the Foreign Correspondents’ Association in Germany (Verein der ausländischen Presse in Deutschland, VAP). Based on assumptions of organization theory and a guided group discussion the study explores the functioning and structures of the VAP in a historical and current perspective. Empirical evidence is based on two evaluations of the register of members (2003/04 and 2011/12) as well as on a log of the VAP activities of the years 2001, 2002, 2003, 2011 and 2012.