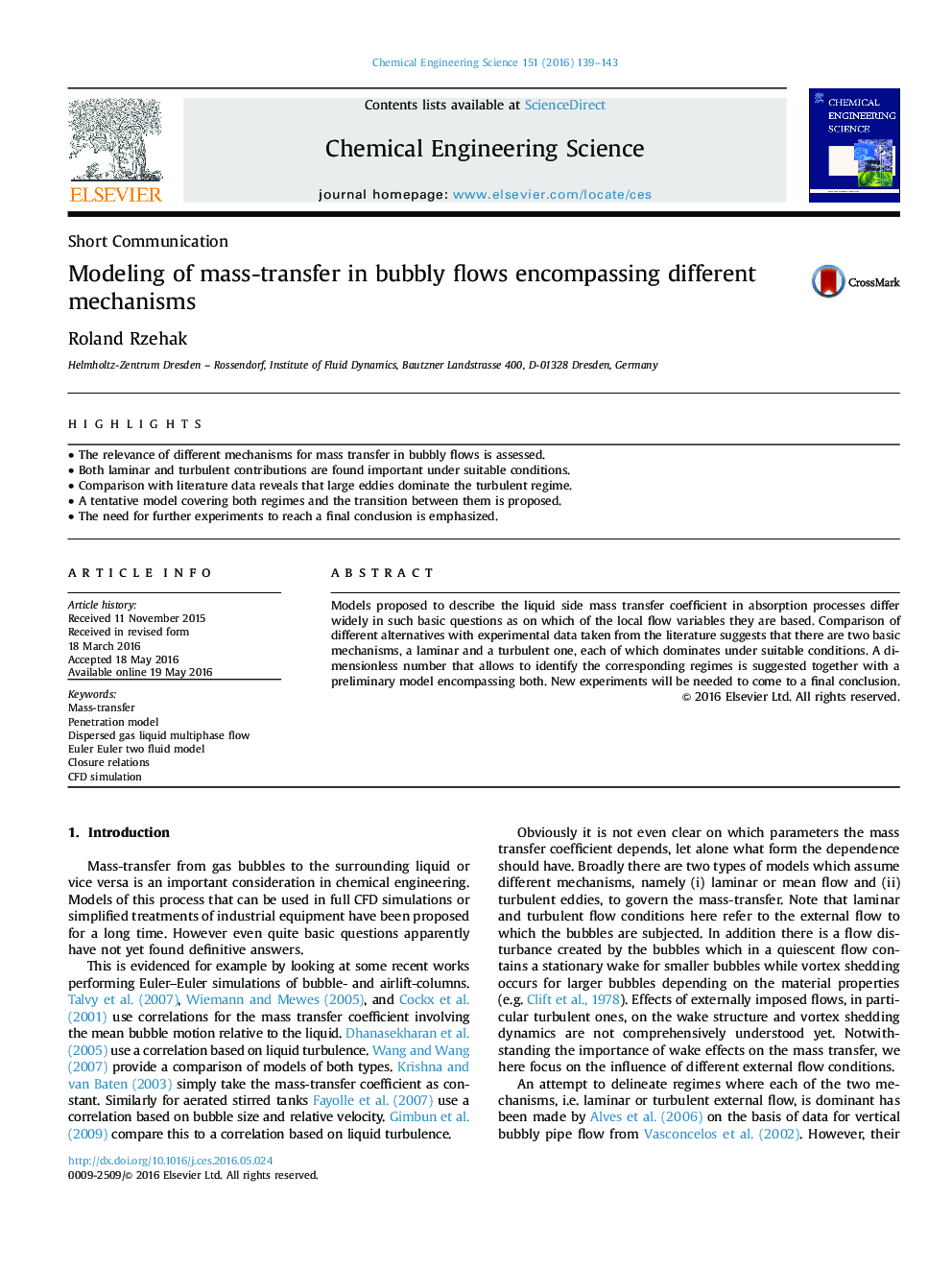 • The relevance of different mechanisms for mass transfer in bubbly flows is assessed.
• Both laminar and turbulent contributions are found important under suitable conditions.
• Comparison with literature data reveals that large eddies dominate the turbulent regime.
• A tentative model covering both regimes and the transition between them is proposed.
• The need for further experiments to reach a final conclusion is emphasized.

Models proposed to describe the liquid side mass transfer coefficient in absorption processes differ widely in such basic questions as on which of the local flow variables they are based. Comparison of different alternatives with experimental data taken from the literature suggests that there are two basic mechanisms, a laminar and a turbulent one, each of which dominates under suitable conditions. A dimensionless number that allows to identify the corresponding regimes is suggested together with a preliminary model encompassing both. New experiments will be needed to come to a final conclusion.