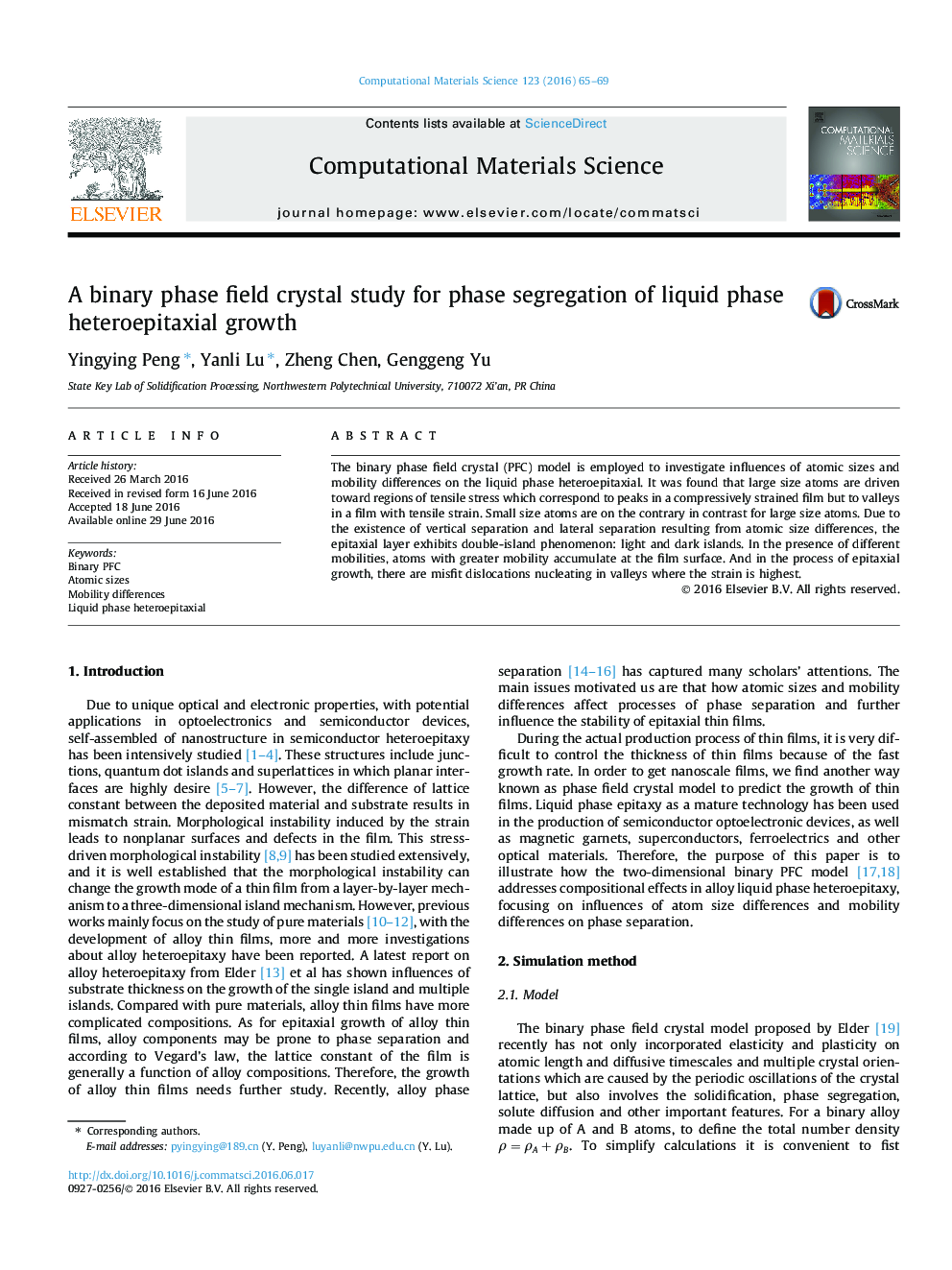 The binary phase field crystal (PFC) model is employed to investigate influences of atomic sizes and mobility differences on the liquid phase heteroepitaxial. It was found that large size atoms are driven toward regions of tensile stress which correspond to peaks in a compressively strained film but to valleys in a film with tensile strain. Small size atoms are on the contrary in contrast for large size atoms. Due to the existence of vertical separation and lateral separation resulting from atomic size differences, the epitaxial layer exhibits double-island phenomenon: light and dark islands. In the presence of different mobilities, atoms with greater mobility accumulate at the film surface. And in the process of epitaxial growth, there are misfit dislocations nucleating in valleys where the strain is highest.