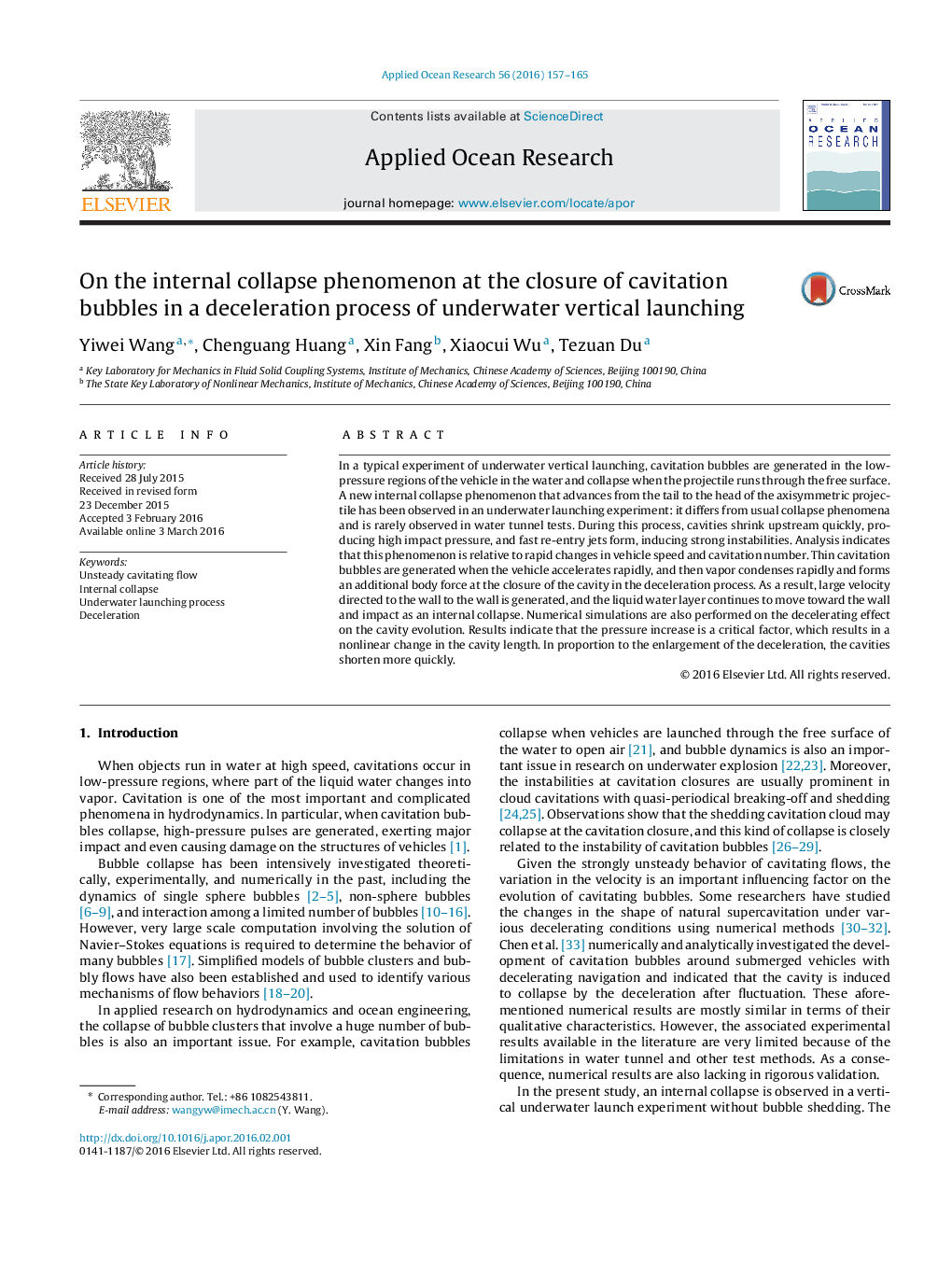 • A new internal collapse phenomenon was observed in an underwater launching experiment.
• The collapse phenomenon is relative to the rapid changes of vehicle speed.
• Numerical simulations are performed on the decelerating effect on the cavity evolution.
• The cavities shorten more quickly in proportion to the enlargement of deceleration.

In a typical experiment of underwater vertical launching, cavitation bubbles are generated in the low-pressure regions of the vehicle in the water and collapse when the projectile runs through the free surface. A new internal collapse phenomenon that advances from the tail to the head of the axisymmetric projectile has been observed in an underwater launching experiment: it differs from usual collapse phenomena and is rarely observed in water tunnel tests. During this process, cavities shrink upstream quickly, producing high impact pressure, and fast re-entry jets form, inducing strong instabilities. Analysis indicates that this phenomenon is relative to rapid changes in vehicle speed and cavitation number. Thin cavitation bubbles are generated when the vehicle accelerates rapidly, and then vapor condenses rapidly and forms an additional body force at the closure of the cavity in the deceleration process. As a result, large velocity directed to the wall to the wall is generated, and the liquid water layer continues to move toward the wall and impact as an internal collapse. Numerical simulations are also performed on the decelerating effect on the cavity evolution. Results indicate that the pressure increase is a critical factor, which results in a nonlinear change in the cavity length. In proportion to the enlargement of the deceleration, the cavities shorten more quickly.