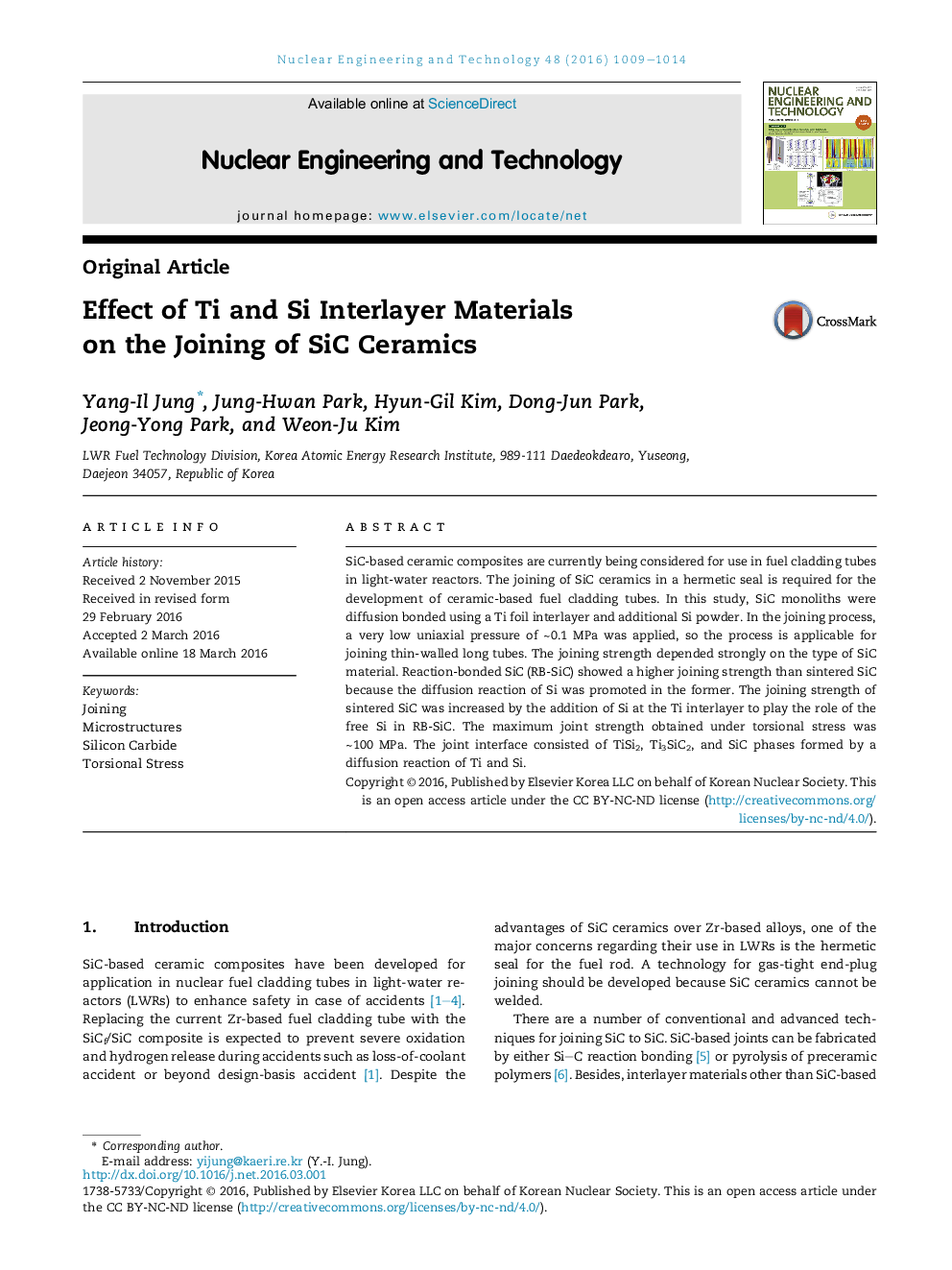 SiC-based ceramic composites are currently being considered for use in fuel cladding tubes in light-water reactors. The joining of SiC ceramics in a hermetic seal is required for the development of ceramic-based fuel cladding tubes. In this study, SiC monoliths were diffusion bonded using a Ti foil interlayer and additional Si powder. In the joining process, a very low uniaxial pressure of ∼0.1 MPa was applied, so the process is applicable for joining thin-walled long tubes. The joining strength depended strongly on the type of SiC material. Reaction-bonded SiC (RB-SiC) showed a higher joining strength than sintered SiC because the diffusion reaction of Si was promoted in the former. The joining strength of sintered SiC was increased by the addition of Si at the Ti interlayer to play the role of the free Si in RB-SiC. The maximum joint strength obtained under torsional stress was ∼100 MPa. The joint interface consisted of TiSi2, Ti3SiC2, and SiC phases formed by a diffusion reaction of Ti and Si.