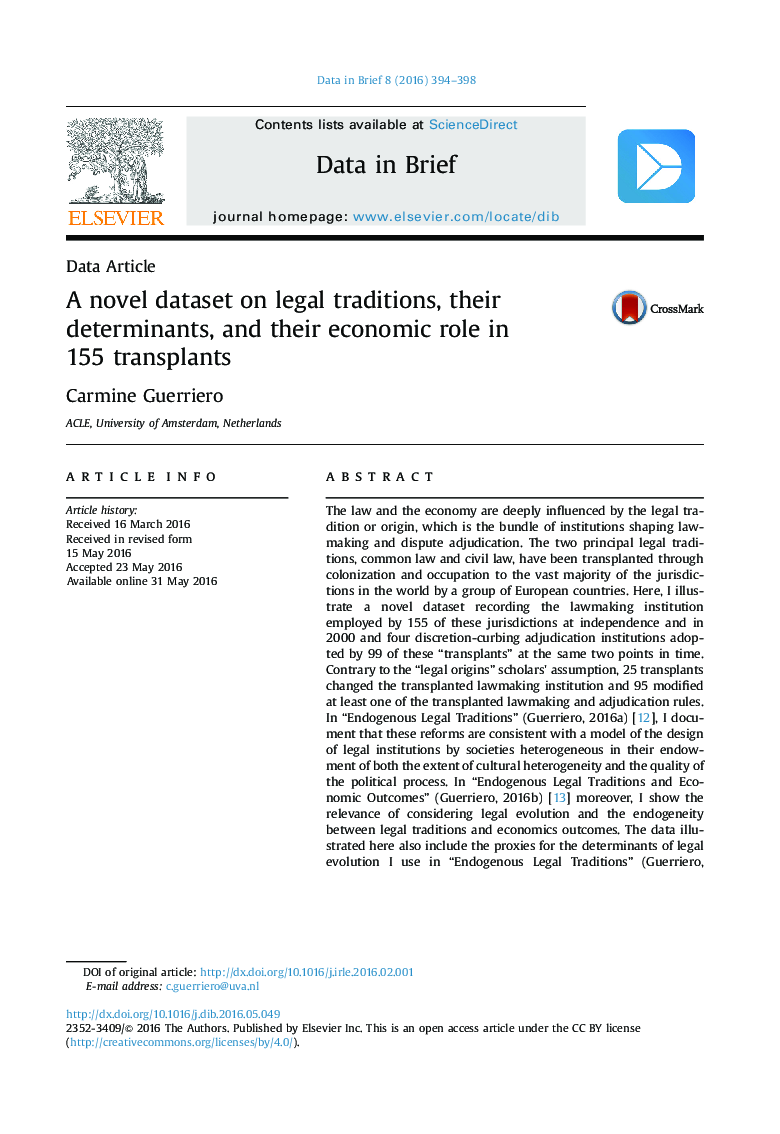 The law and the economy are deeply influenced by the legal tradition or origin, which is the bundle of institutions shaping lawmaking and dispute adjudication. The two principal legal traditions, common law and civil law, have been transplanted through colonization and occupation to the vast majority of the jurisdictions in the world by a group of European countries. Here, I illustrate a novel dataset recording the lawmaking institution employed by 155 of these jurisdictions at independence and in 2000 and four discretion-curbing adjudication institutions adopted by 99 of these “transplants” at the same two points in time. Contrary to the “legal origins” scholars׳ assumption, 25 transplants changed the transplanted lawmaking institution and 95 modified at least one of the transplanted lawmaking and adjudication rules. In “Endogenous Legal Traditions” (Guerriero, 2016a) [12], I document that these reforms are consistent with a model of the design of legal institutions by societies heterogeneous in their endowment of both the extent of cultural heterogeneity and the quality of the political process. In “Endogenous Legal Traditions and Economic Outcomes” (Guerriero, 2016b) [13] moreover, I show the relevance of considering legal evolution and the endogeneity between legal traditions and economics outcomes. The data illustrated here also include the proxies for the determinants of legal evolution I use in “Endogenous Legal Traditions” (Guerriero, 2016a) [12] and the novel measure of economic outcomes I employ in “Endogenous Legal Traditions and Economic Outcomes” (Guerriero, 2016b) [13].