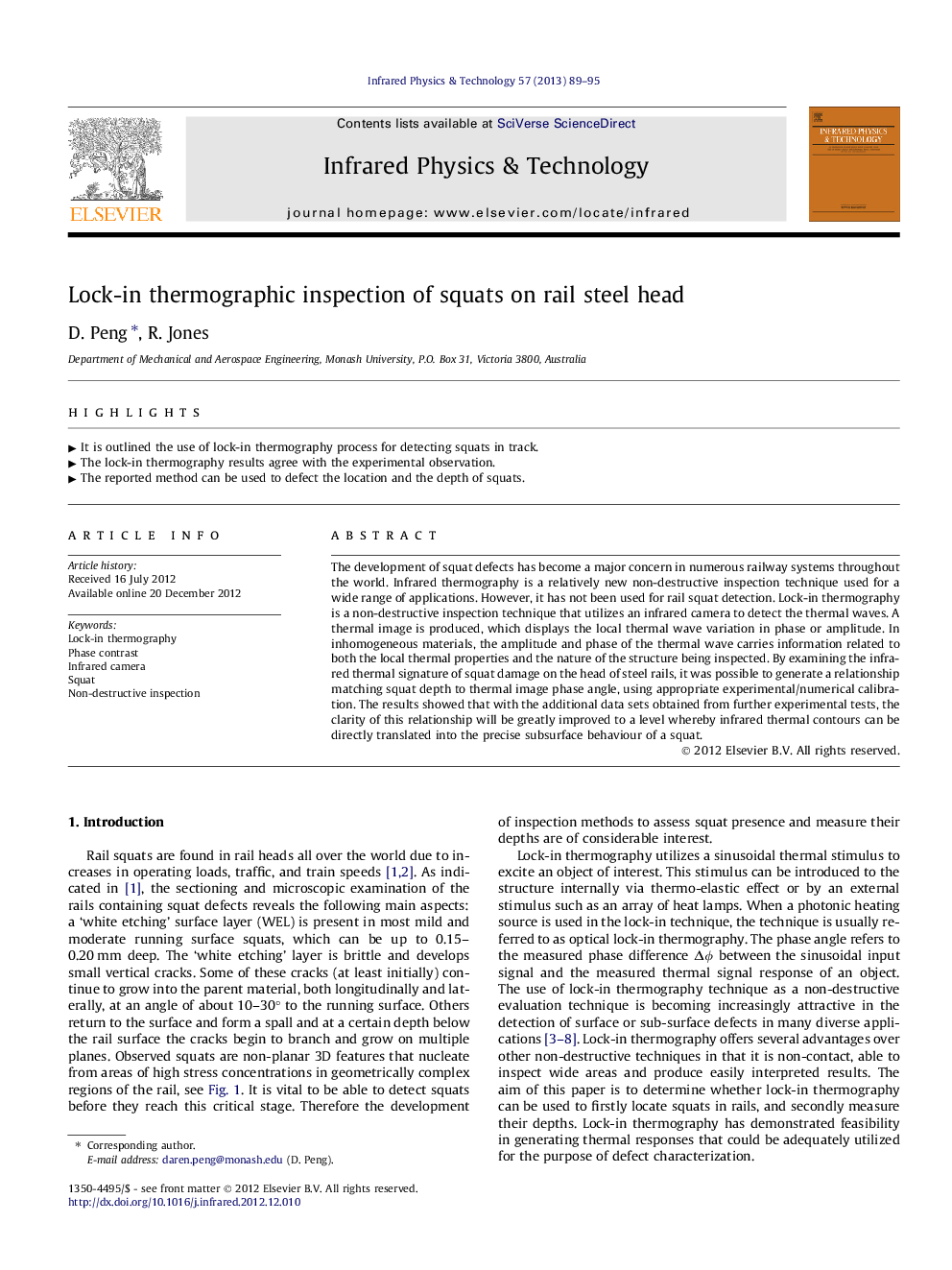 The development of squat defects has become a major concern in numerous railway systems throughout the world. Infrared thermography is a relatively new non-destructive inspection technique used for a wide range of applications. However, it has not been used for rail squat detection. Lock-in thermography is a non-destructive inspection technique that utilizes an infrared camera to detect the thermal waves. A thermal image is produced, which displays the local thermal wave variation in phase or amplitude. In inhomogeneous materials, the amplitude and phase of the thermal wave carries information related to both the local thermal properties and the nature of the structure being inspected. By examining the infrared thermal signature of squat damage on the head of steel rails, it was possible to generate a relationship matching squat depth to thermal image phase angle, using appropriate experimental/numerical calibration. The results showed that with the additional data sets obtained from further experimental tests, the clarity of this relationship will be greatly improved to a level whereby infrared thermal contours can be directly translated into the precise subsurface behaviour of a squat.