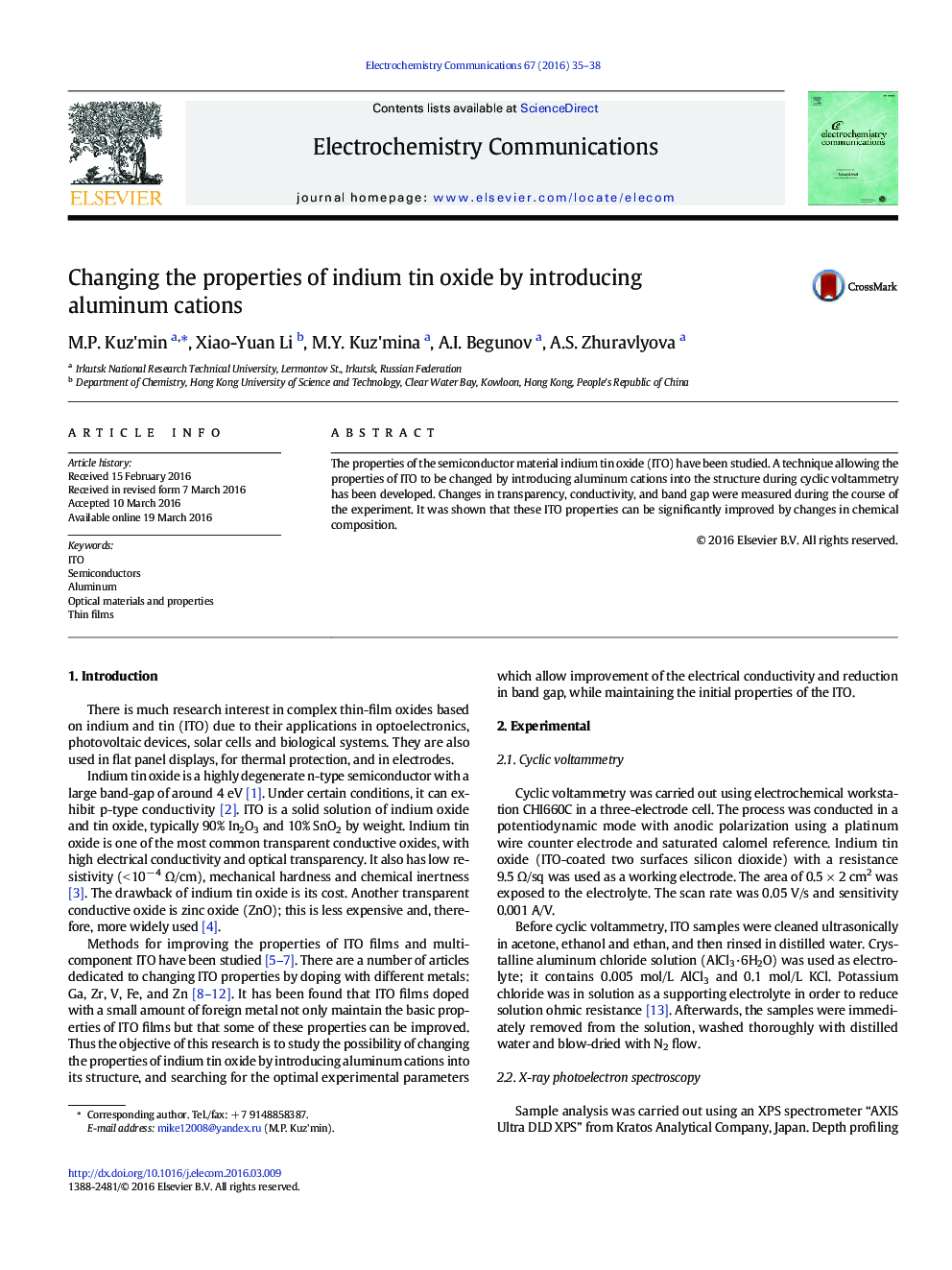 • Influence of aluminum and other metals chlorides on various ITO properties during cyclic voltammetry was studied;
• At the potential (-0,1 to -0,9 V) aluminum cations incorporate into ITO lattice structure partially substituting In and Sn;
• Aluminum cations penetrate into the structure of indium-tin oxide almost the entire depth;
• Studied effect makes possible to change ITO electrical conductivity and band gap without change in its surface morphology.

The properties of the semiconductor material indium tin oxide (ITO) have been studied. A technique allowing the properties of ITO to be changed by introducing aluminum cations into the structure during cyclic voltammetry has been developed. Changes in transparency, conductivity, and band gap were measured during the course of the experiment. It was shown that these ITO properties can be significantly improved by changes in chemical composition.