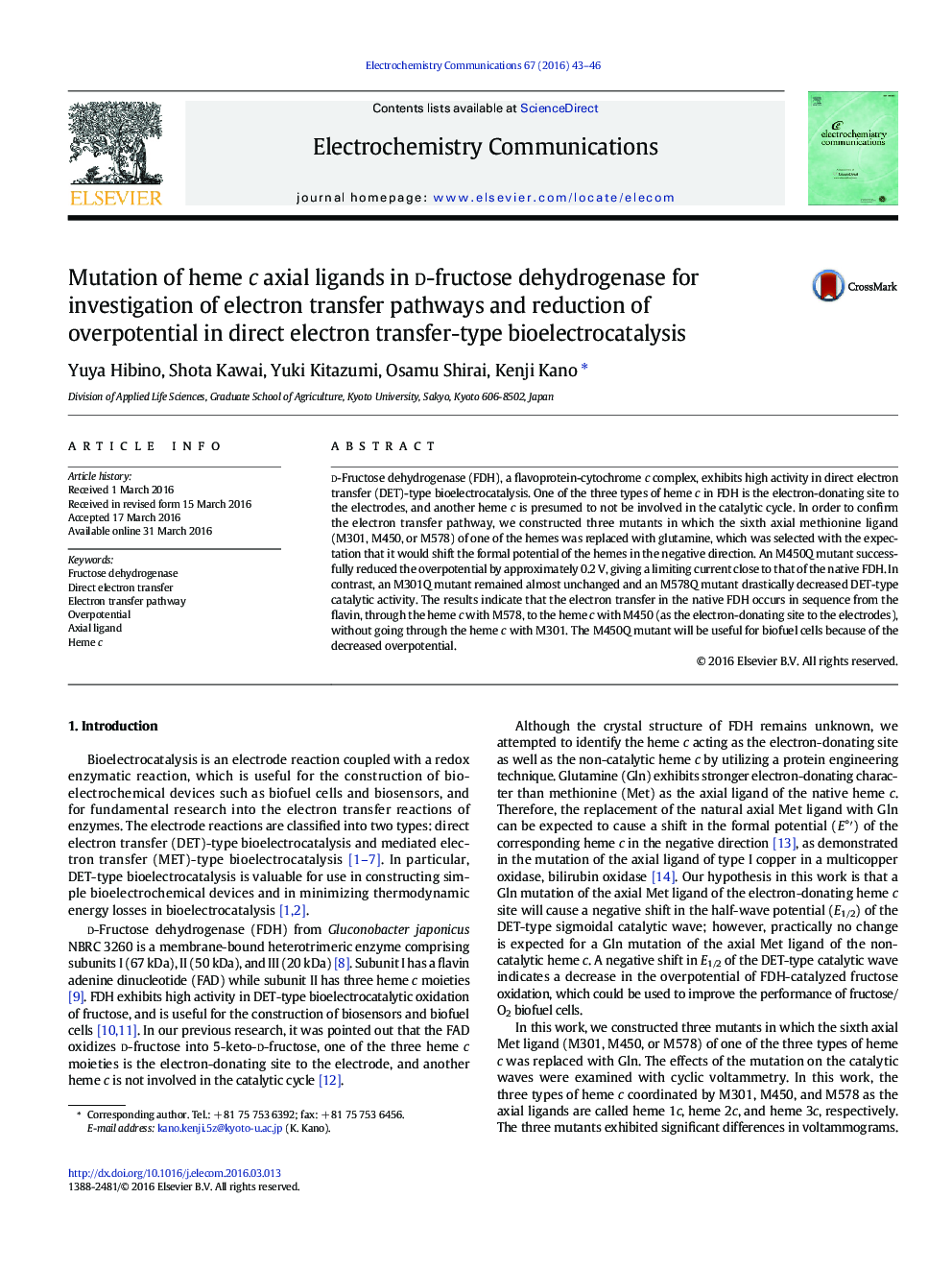 d-Fructose dehydrogenase (FDH), a flavoprotein-cytochrome c complex, exhibits high activity in direct electron transfer (DET)-type bioelectrocatalysis. One of the three types of heme c in FDH is the electron-donating site to the electrodes, and another heme c is presumed to not be involved in the catalytic cycle. In order to confirm the electron transfer pathway, we constructed three mutants in which the sixth axial methionine ligand (M301, M450, or M578) of one of the hemes was replaced with glutamine, which was selected with the expectation that it would shift the formal potential of the hemes in the negative direction. An M450Q mutant successfully reduced the overpotential by approximately 0.2 V, giving a limiting current close to that of the native FDH. In contrast, an M301Q mutant remained almost unchanged and an M578Q mutant drastically decreased DET-type catalytic activity. The results indicate that the electron transfer in the native FDH occurs in sequence from the flavin, through the heme c with M578, to the heme c with M450 (as the electron-donating site to the electrodes), without going through the heme c with M301. The M450Q mutant will be useful for biofuel cells because of the decreased overpotential.