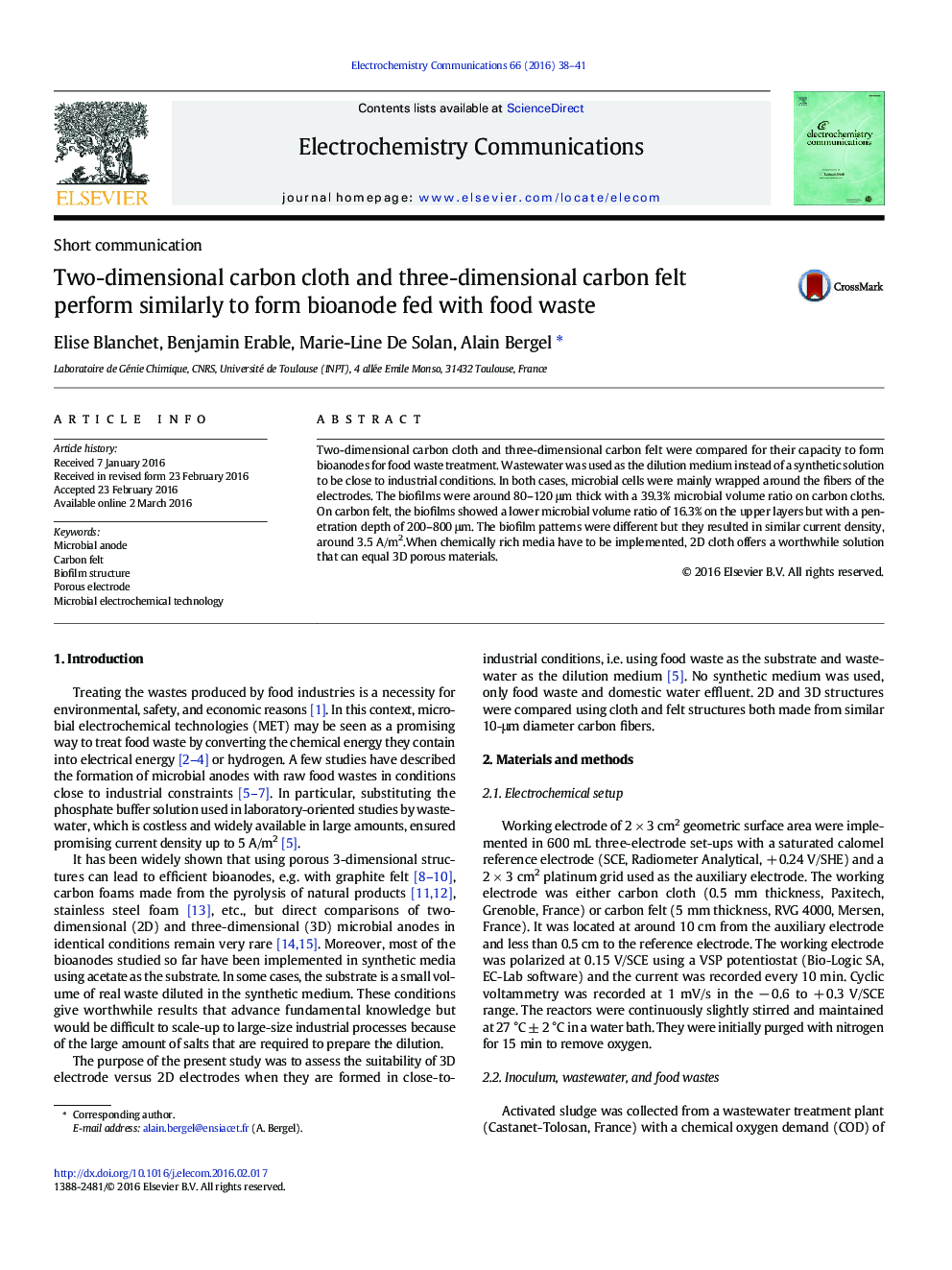 • Bioanodes formed with 2D carbon cloth or 3D carbon felt were compared.
• Food waste and wastewater were used as the substrate and the medium, respectively.
• 2D cloth electrodes gave as high current densities than 3D felt electrodes.
• The microbial penetration in the 3D structure was limited due to pores clogging.
• 2D cloth ensured dense filling of the biofilm volume by microbial cells.

Two-dimensional carbon cloth and three-dimensional carbon felt were compared for their capacity to form bioanodes for food waste treatment. Wastewater was used as the dilution medium instead of a synthetic solution to be close to industrial conditions. In both cases, microbial cells were mainly wrapped around the fibers of the electrodes. The biofilms were around 80–120 μm thick with a 39.3% microbial volume ratio on carbon cloths. On carbon felt, the biofilms showed a lower microbial volume ratio of 16.3% on the upper layers but with a penetration depth of 200–800 μm. The biofilm patterns were different but they resulted in similar current density, around 3.5 A/m2.When chemically rich media have to be implemented, 2D cloth offers a worthwhile solution that can equal 3D porous materials.