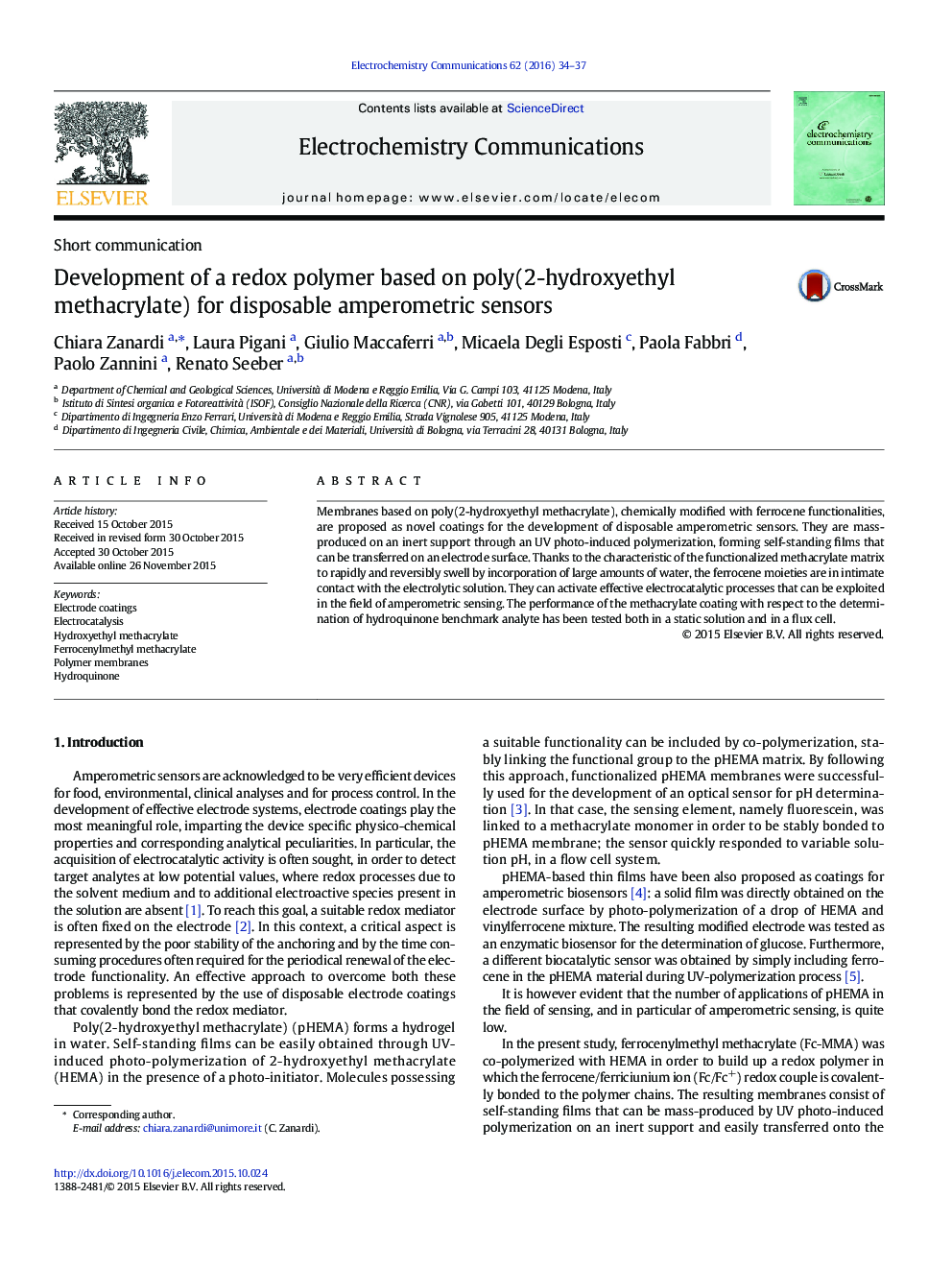 • Poly(2-hydroxyethylmetacrylate) membranes are mass produced by photo-polymerization.
• The membranes act as disposable coatings for amperometric sensors.
• Ferrocene units covalently linked to the film act as effective redox mediators.
• Good repeatability and reproducibility of the amperometric signals are achieved.
• Response times are suitable to propose the membrane even for on-line detection.

Membranes based on poly(2-hydroxyethyl methacrylate), chemically modified with ferrocene functionalities, are proposed as novel coatings for the development of disposable amperometric sensors. They are mass-produced on an inert support through an UV photo-induced polymerization, forming self-standing films that can be transferred on an electrode surface. Thanks to the characteristic of the functionalized methacrylate matrix to rapidly and reversibly swell by incorporation of large amounts of water, the ferrocene moieties are in intimate contact with the electrolytic solution. They can activate effective electrocatalytic processes that can be exploited in the field of amperometric sensing. The performance of the methacrylate coating with respect to the determination of hydroquinone benchmark analyte has been tested both in a static solution and in a flux cell.