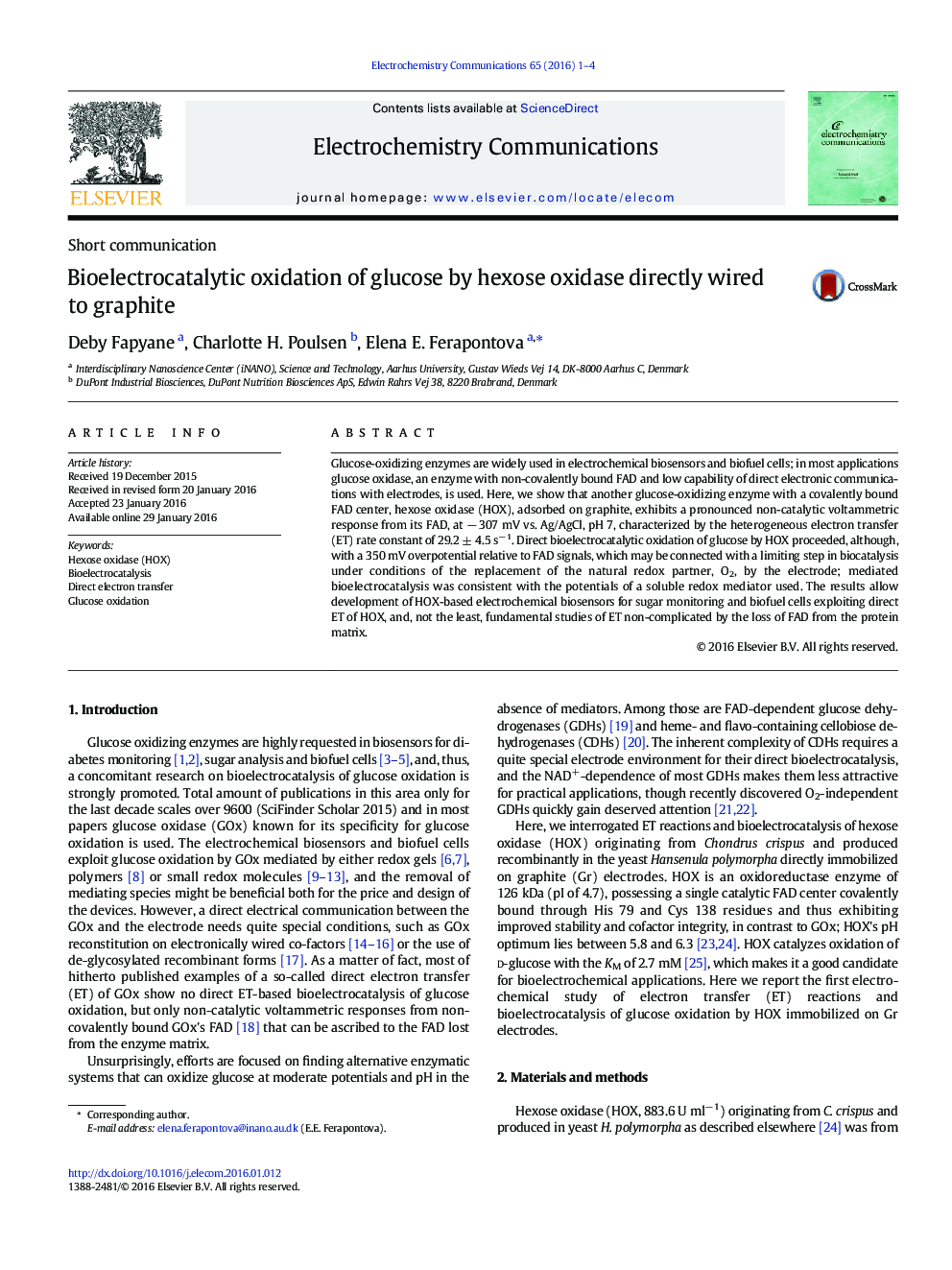 • Hexose oxidase (HOX) adsorbed on graphite shows a 1e−/1H+ voltammetry of its FAD.
• Wired HOX can directly, with no mediators, bioelectrocatalytically oxidize glucose.
• Glucose oxidation by HOX proceeds both in the presence and in the absence of O2.
• Bioelectrocatalysis proceeds with a 350 mV overpotential.
• Results allow development of HOX-based biosensors for sugars and biofuel cells.

Glucose-oxidizing enzymes are widely used in electrochemical biosensors and biofuel cells; in most applications glucose oxidase, an enzyme with non-covalently bound FAD and low capability of direct electronic communications with electrodes, is used. Here, we show that another glucose-oxidizing enzyme with a covalently bound FAD center, hexose oxidase (HOX), adsorbed on graphite, exhibits a pronounced non-catalytic voltammetric response from its FAD, at − 307 mV vs. Ag/AgCl, pH 7, characterized by the heterogeneous electron transfer (ET) rate constant of 29.2 ± 4.5 s− 1. Direct bioelectrocatalytic oxidation of glucose by HOX proceeded, although, with a 350 mV overpotential relative to FAD signals, which may be connected with a limiting step in biocatalysis under conditions of the replacement of the natural redox partner, O2, by the electrode; mediated bioelectrocatalysis was consistent with the potentials of a soluble redox mediator used. The results allow development of HOX-based electrochemical biosensors for sugar monitoring and biofuel cells exploiting direct ET of HOX, and, not the least, fundamental studies of ET non-complicated by the loss of FAD from the protein matrix.