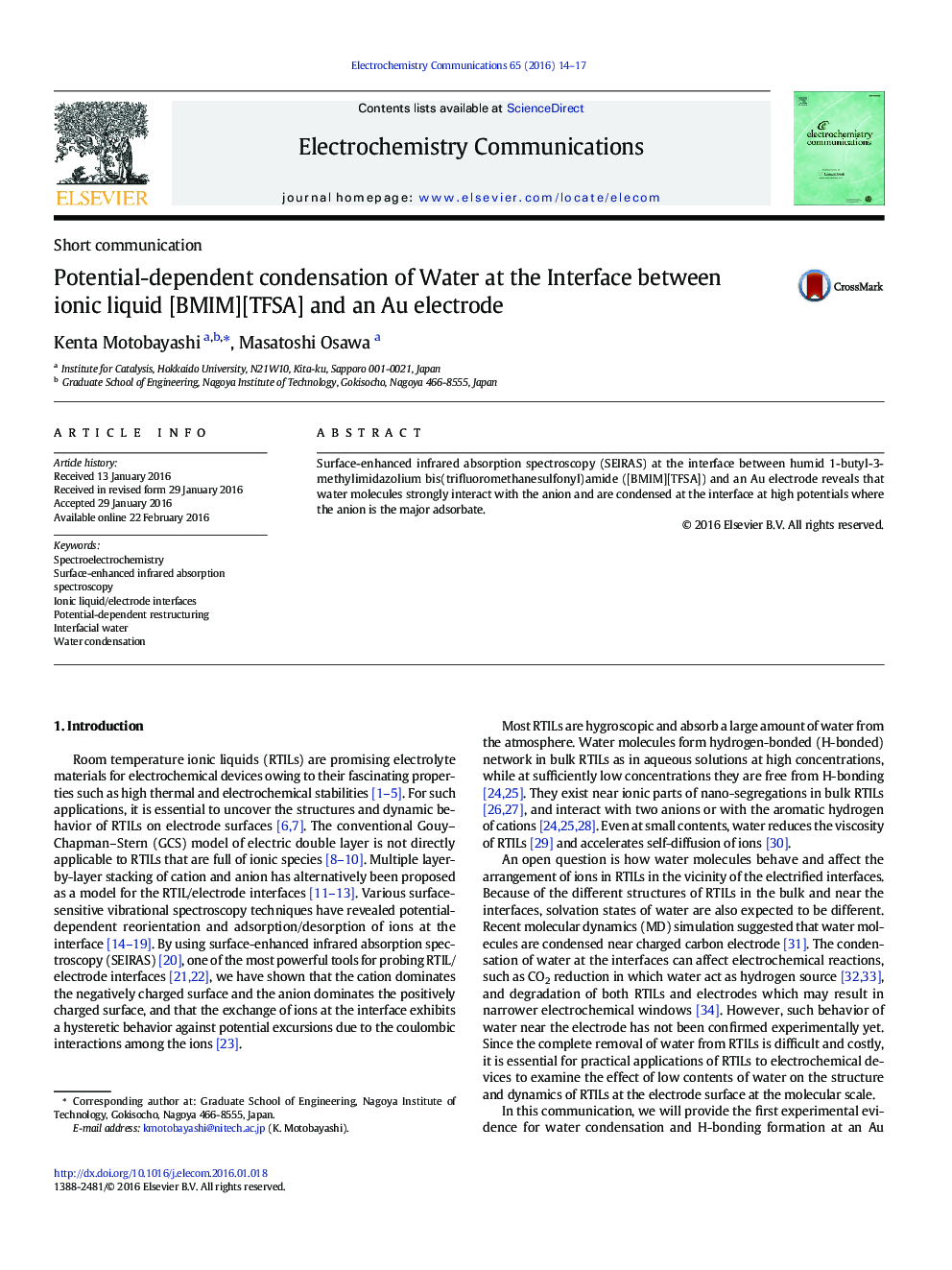 • Effect of water on an ionic liquid/Au electrode interface was investigated by SEIRAS.
• Potential-dependent interfacial structure was revealed at the molecular scale.
• Water condensation on a positively charged electrode was observed for the first time.
• Strong anion–water interaction plays a key role in the water condensation.

Surface-enhanced infrared absorption spectroscopy (SEIRAS) at the interface between humid 1-butyl-3-methylimidazolium bis(trifluoromethanesulfonyl)amide ([BMIM][TFSA]) and an Au electrode reveals that water molecules strongly interact with the anion and are condensed at the interface at high potentials where the anion is the major adsorbate.