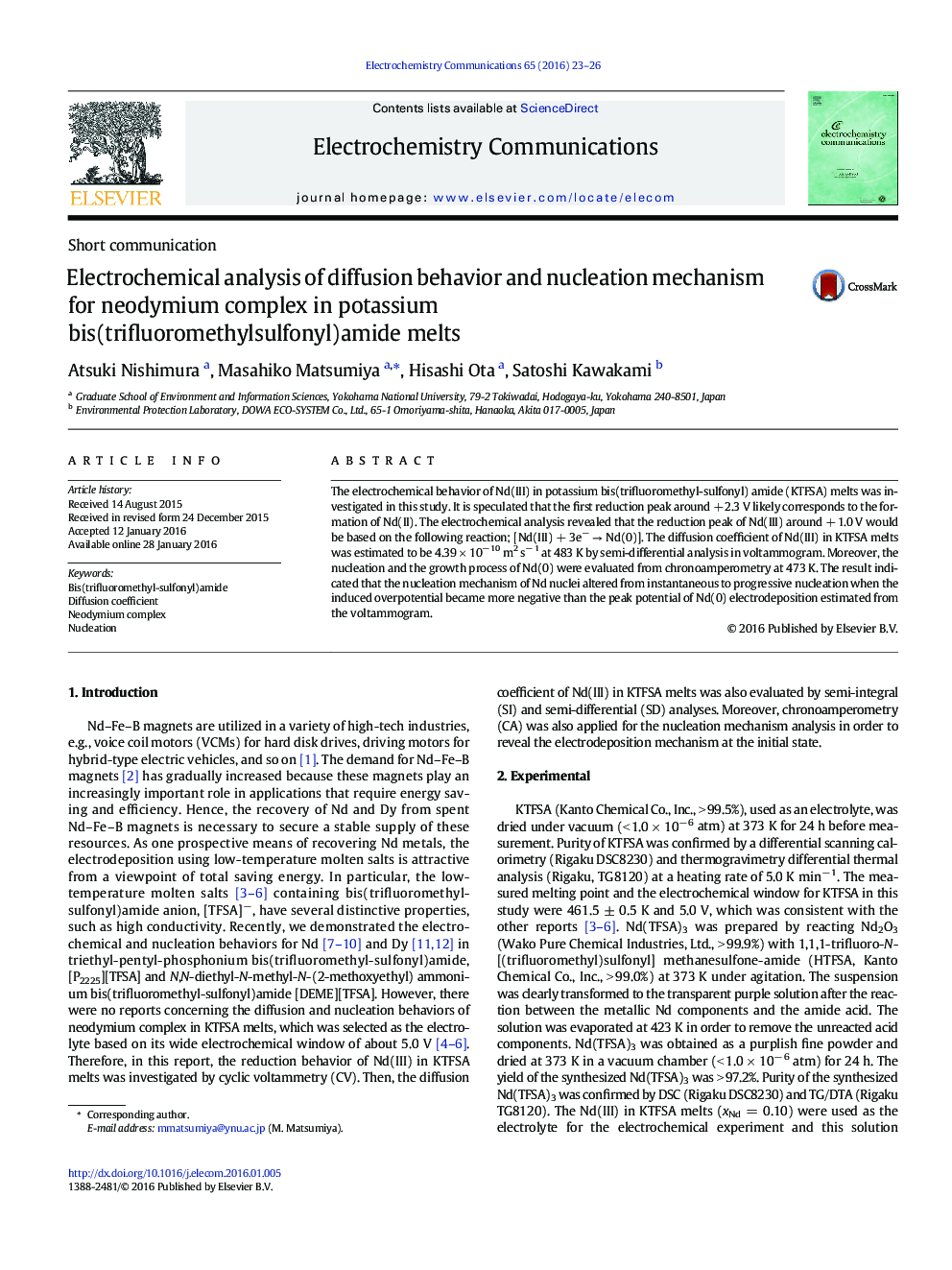 • The diffusion coefficient of Nd(III) and nucleation mechanism of Nd in KTFSA melts were evaluated by electrochemical analysis.

The electrochemical behavior of Nd(III) in potassium bis(trifluoromethyl-sulfonyl) amide (KTFSA) melts was investigated in this study. It is speculated that the first reduction peak around + 2.3 V likely corresponds to the formation of Nd(II). The electrochemical analysis revealed that the reduction peak of Nd(III) around + 1.0 V would be based on the following reaction; [Nd(III) + 3e− → Nd(0)]. The diffusion coefficient of Nd(III) in KTFSA melts was estimated to be 4.39 × 10− 10 m2 s− 1 at 483 K by semi-differential analysis in voltammogram. Moreover, the nucleation and the growth process of Nd(0) were evaluated from chronoamperometry at 473 K. The result indicated that the nucleation mechanism of Nd nuclei altered from instantaneous to progressive nucleation when the induced overpotential became more negative than the peak potential of Nd(0) electrodeposition estimated from the voltammogram.