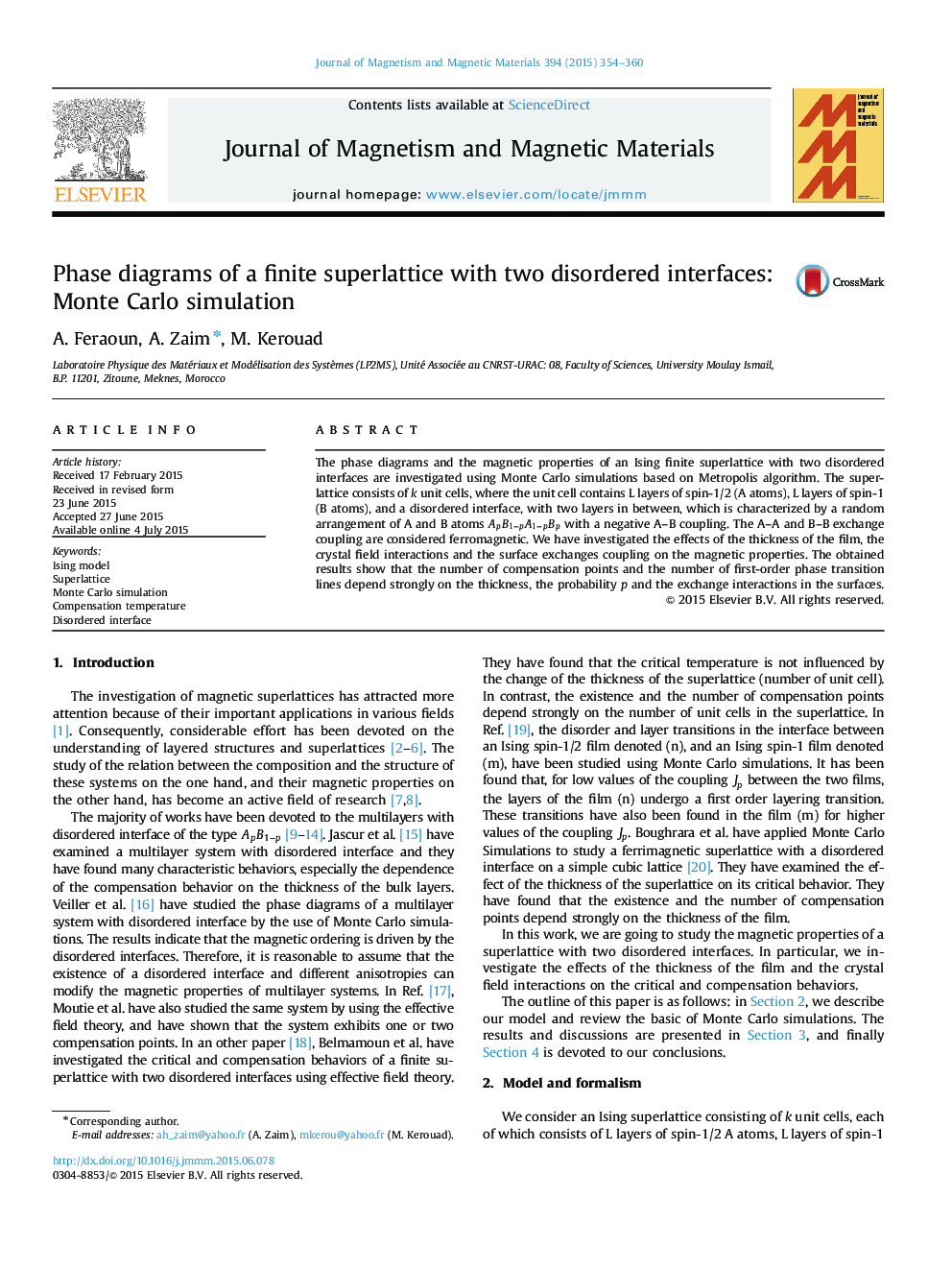 • Phase diagrams of a finite superlattice are examined by the Monte Carlo simulation.
• The effects of the crystal field interactions on the magnetic properties are studied.
• The phase diagrams in (T–D) plane are obtained.

The phase diagrams and the magnetic properties of an Ising finite superlattice with two disordered interfaces are investigated using Monte Carlo simulations based on Metropolis algorithm. The superlattice consists of k   unit cells, where the unit cell contains L layers of spin-1/2 (A atoms), L layers of spin-1 (B atoms), and a disordered interface, with two layers in between, which is characterized by a random arrangement of A and B atoms ApB1−pA1−pBpApB1−pA1−pBp with a negative A–B coupling. The A–A and B–B exchange coupling are considered ferromagnetic. We have investigated the effects of the thickness of the film, the crystal field interactions and the surface exchanges coupling on the magnetic properties. The obtained results show that the number of compensation points and the number of first-order phase transition lines depend strongly on the thickness, the probability p and the exchange interactions in the surfaces.