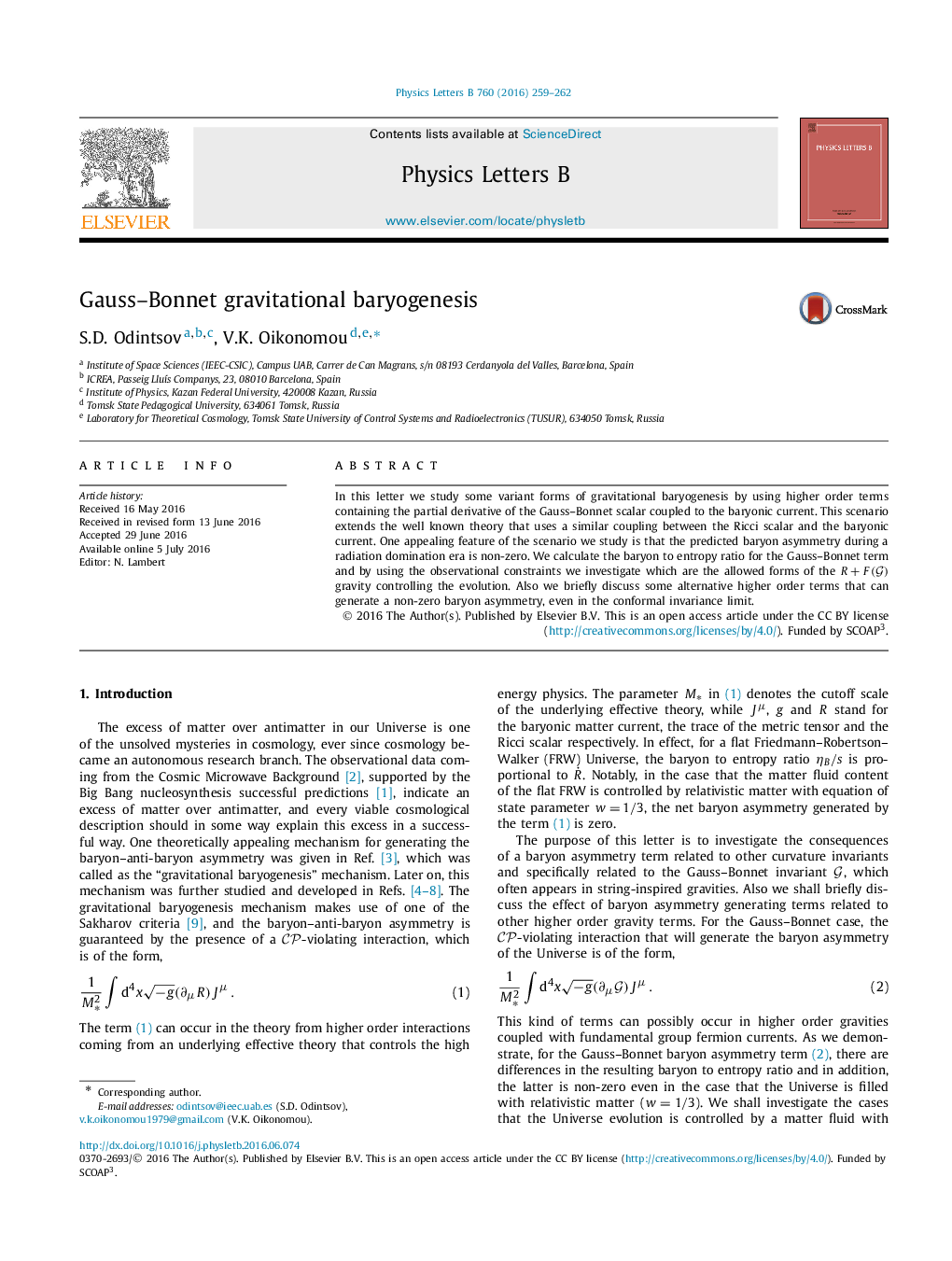 In this letter we study some variant forms of gravitational baryogenesis by using higher order terms containing the partial derivative of the Gauss–Bonnet scalar coupled to the baryonic current. This scenario extends the well known theory that uses a similar coupling between the Ricci scalar and the baryonic current. One appealing feature of the scenario we study is that the predicted baryon asymmetry during a radiation domination era is non-zero. We calculate the baryon to entropy ratio for the Gauss–Bonnet term and by using the observational constraints we investigate which are the allowed forms of the R+F(G)R+F(G) gravity controlling the evolution. Also we briefly discuss some alternative higher order terms that can generate a non-zero baryon asymmetry, even in the conformal invariance limit.