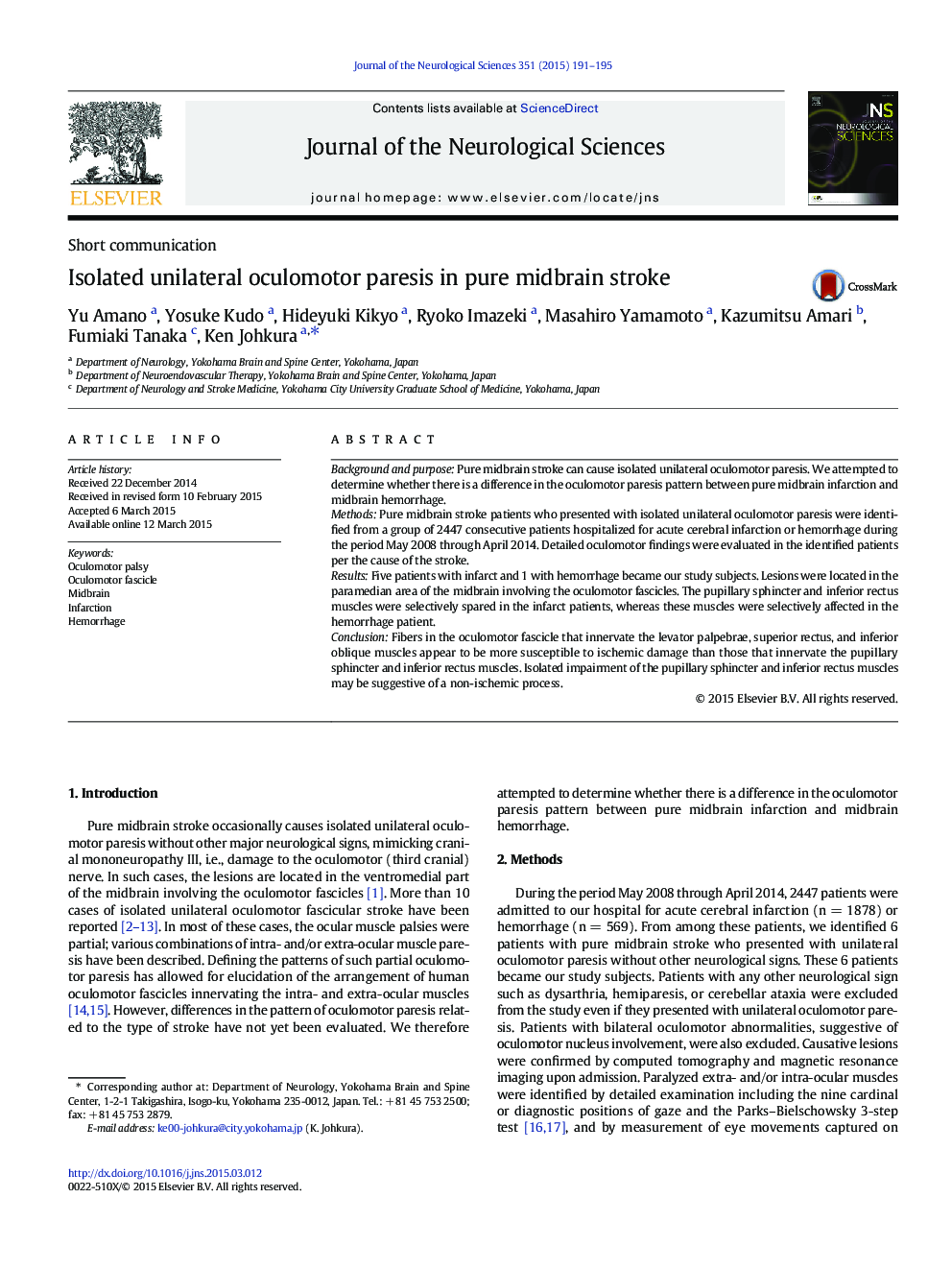 Background and purposePure midbrain stroke can cause isolated unilateral oculomotor paresis. We attempted to determine whether there is a difference in the oculomotor paresis pattern between pure midbrain infarction and midbrain hemorrhage.MethodsPure midbrain stroke patients who presented with isolated unilateral oculomotor paresis were identified from a group of 2447 consecutive patients hospitalized for acute cerebral infarction or hemorrhage during the period May 2008 through April 2014. Detailed oculomotor findings were evaluated in the identified patients per the cause of the stroke.ResultsFive patients with infarct and 1 with hemorrhage became our study subjects. Lesions were located in the paramedian area of the midbrain involving the oculomotor fascicles. The pupillary sphincter and inferior rectus muscles were selectively spared in the infarct patients, whereas these muscles were selectively affected in the hemorrhage patient.ConclusionFibers in the oculomotor fascicle that innervate the levator palpebrae, superior rectus, and inferior oblique muscles appear to be more susceptible to ischemic damage than those that innervate the pupillary sphincter and inferior rectus muscles. Isolated impairment of the pupillary sphincter and inferior rectus muscles may be suggestive of a non-ischemic process.