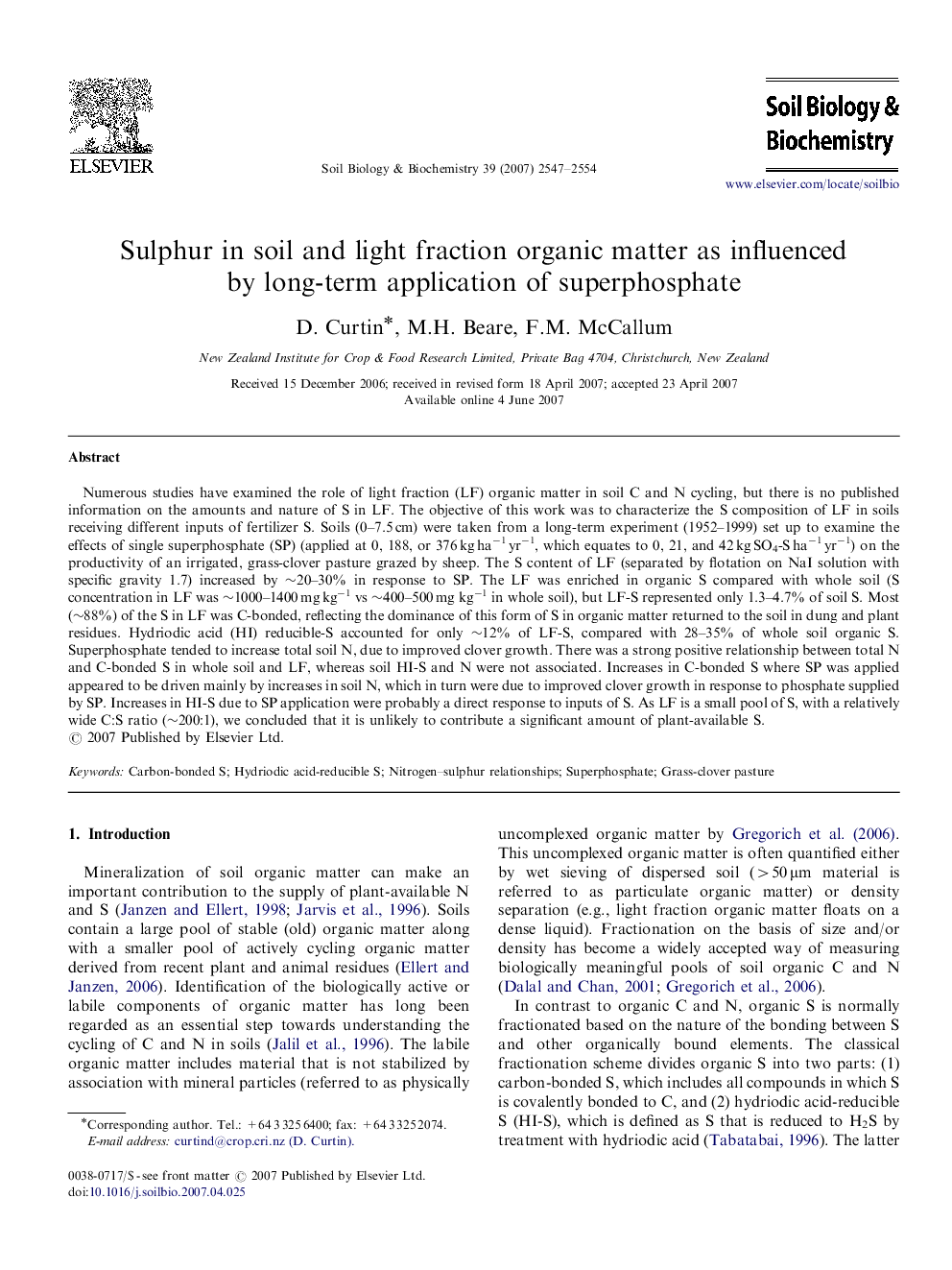 Numerous studies have examined the role of light fraction (LF) organic matter in soil C and N cycling, but there is no published information on the amounts and nature of S in LF. The objective of this work was to characterize the S composition of LF in soils receiving different inputs of fertilizer S. Soils (0–7.5 cm) were taken from a long-term experiment (1952–1999) set up to examine the effects of single superphosphate (SP) (applied at 0, 188, or 376 kg ha−1 yr−1, which equates to 0, 21, and 42 kg SO4-S ha−1 yr−1) on the productivity of an irrigated, grass-clover pasture grazed by sheep. The S content of LF (separated by flotation on NaI solution with specific gravity 1.7) increased by ∼20–30% in response to SP. The LF was enriched in organic S compared with whole soil (S concentration in LF was ∼1000–1400 mg kg−1 vs ∼400–500 mg kg−1 in whole soil), but LF-S represented only 1.3–4.7% of soil S. Most (∼88%) of the S in LF was C-bonded, reflecting the dominance of this form of S in organic matter returned to the soil in dung and plant residues. Hydriodic acid (HI) reducible-S accounted for only ∼12% of LF-S, compared with 28–35% of whole soil organic S. Superphosphate tended to increase total soil N, due to improved clover growth. There was a strong positive relationship between total N and C-bonded S in whole soil and LF, whereas soil HI-S and N were not associated. Increases in C-bonded S where SP was applied appeared to be driven mainly by increases in soil N, which in turn were due to improved clover growth in response to phosphate supplied by SP. Increases in HI-S due to SP application were probably a direct response to inputs of S. As LF is a small pool of S, with a relatively wide C:S ratio (∼200:1), we concluded that it is unlikely to contribute a significant amount of plant-available S.