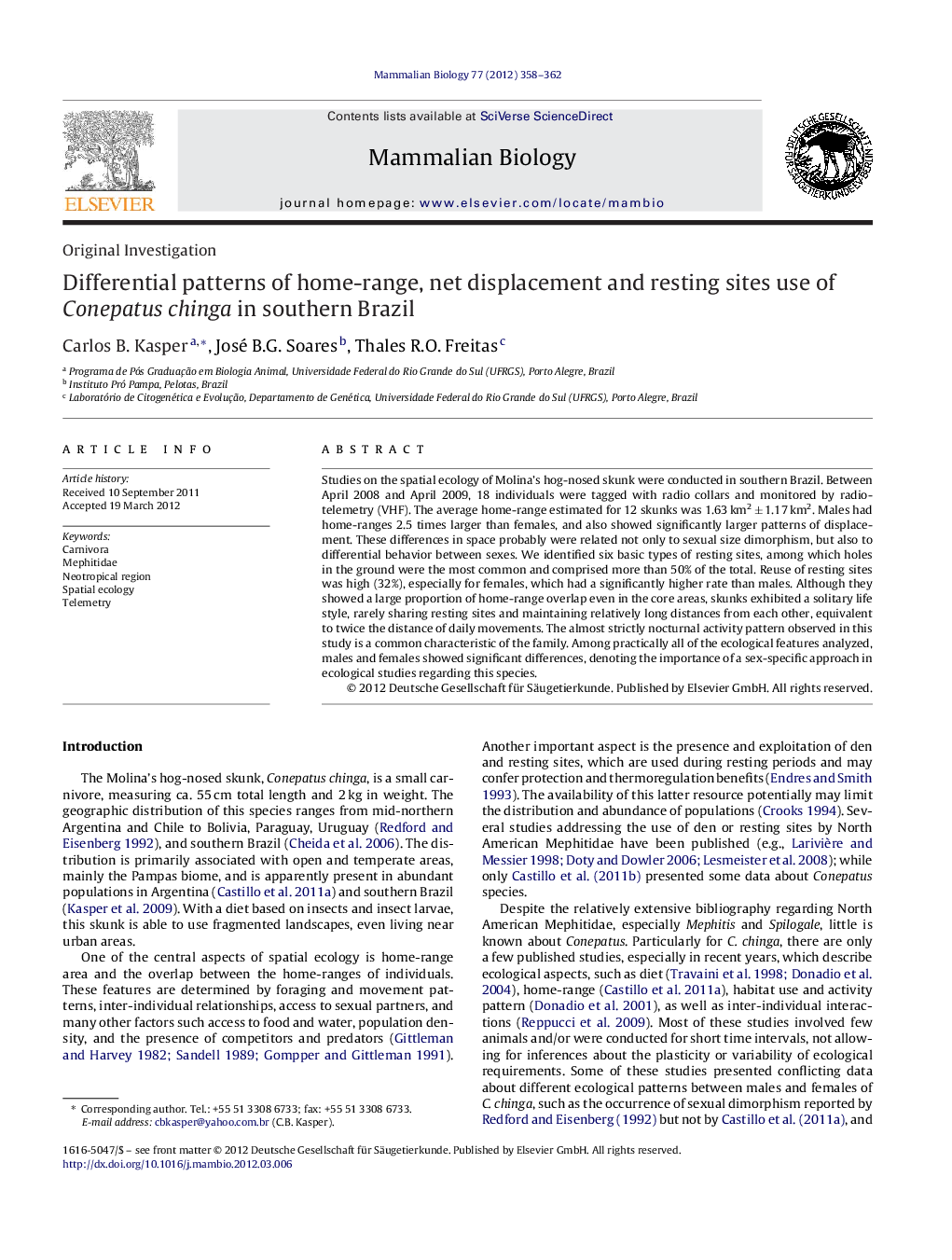 Studies on the spatial ecology of Molina's hog-nosed skunk were conducted in southern Brazil. Between April 2008 and April 2009, 18 individuals were tagged with radio collars and monitored by radio-telemetry (VHF). The average home-range estimated for 12 skunks was 1.63 km2 ± 1.17 km2. Males had home-ranges 2.5 times larger than females, and also showed significantly larger patterns of displacement. These differences in space probably were related not only to sexual size dimorphism, but also to differential behavior between sexes. We identified six basic types of resting sites, among which holes in the ground were the most common and comprised more than 50% of the total. Reuse of resting sites was high (32%), especially for females, which had a significantly higher rate than males. Although they showed a large proportion of home-range overlap even in the core areas, skunks exhibited a solitary life style, rarely sharing resting sites and maintaining relatively long distances from each other, equivalent to twice the distance of daily movements. The almost strictly nocturnal activity pattern observed in this study is a common characteristic of the family. Among practically all of the ecological features analyzed, males and females showed significant differences, denoting the importance of a sex-specific approach in ecological studies regarding this species.