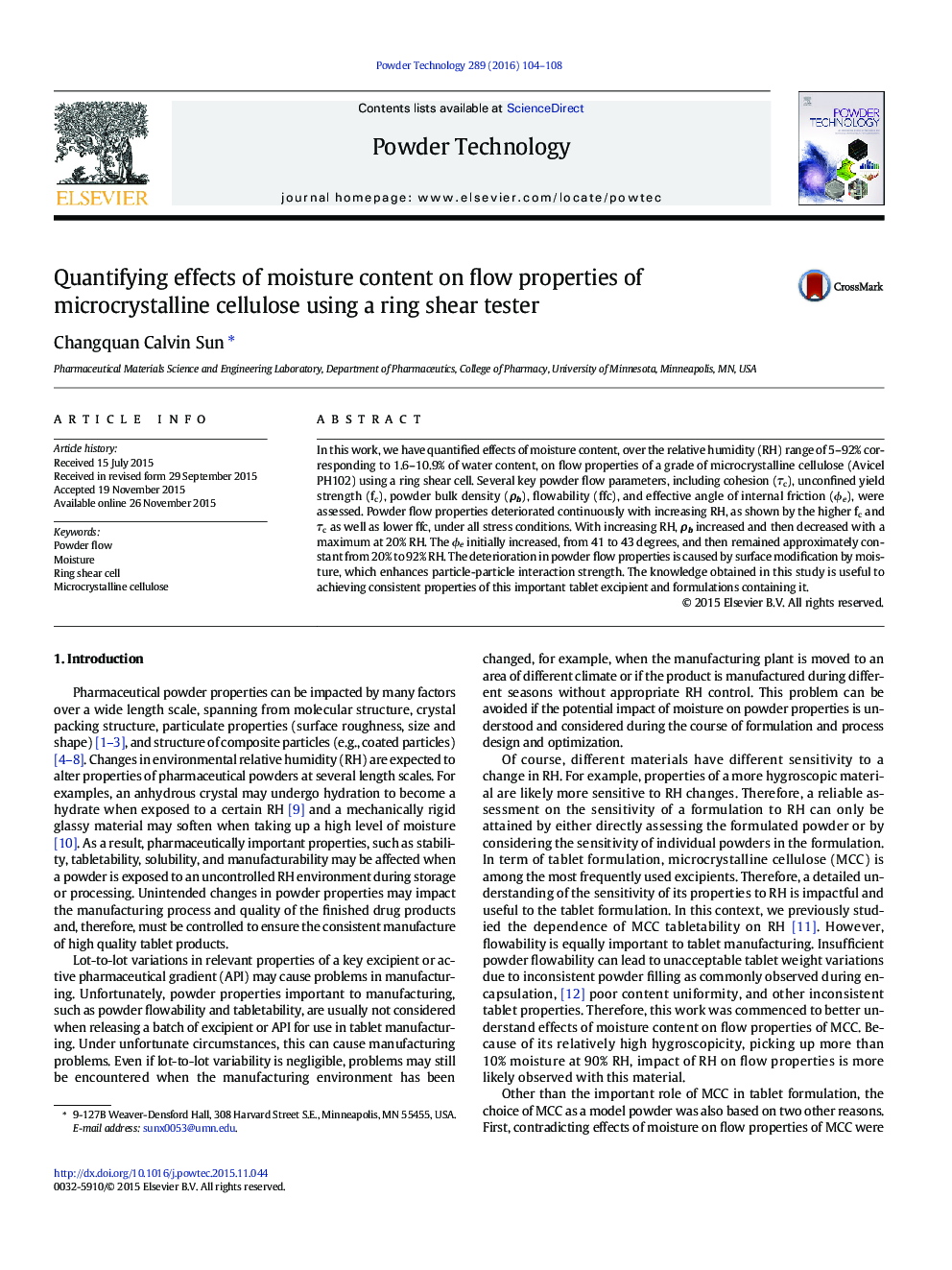 In this work, we have quantified effects of moisture content, over the relative humidity (RH) range of 5–92% corresponding to 1.6–10.9% of water content, on flow properties of a grade of microcrystalline cellulose (Avicel PH102) using a ring shear cell. Several key powder flow parameters, including cohesion (τc), unconfined yield strength (fc), powder bulk density (ρb), flowability (ffc), and effective angle of internal friction (ϕe), were assessed. Powder flow properties deteriorated continuously with increasing RH, as shown by the higher fc and τc as well as lower ffc, under all stress conditions. With increasing RH, ρb increased and then decreased with a maximum at 20% RH. The ϕe initially increased, from 41 to 43 degrees, and then remained approximately constant from 20% to 92% RH. The deterioration in powder flow properties is caused by surface modification by moisture, which enhances particle-particle interaction strength. The knowledge obtained in this study is useful to achieving consistent properties of this important tablet excipient and formulations containing it.