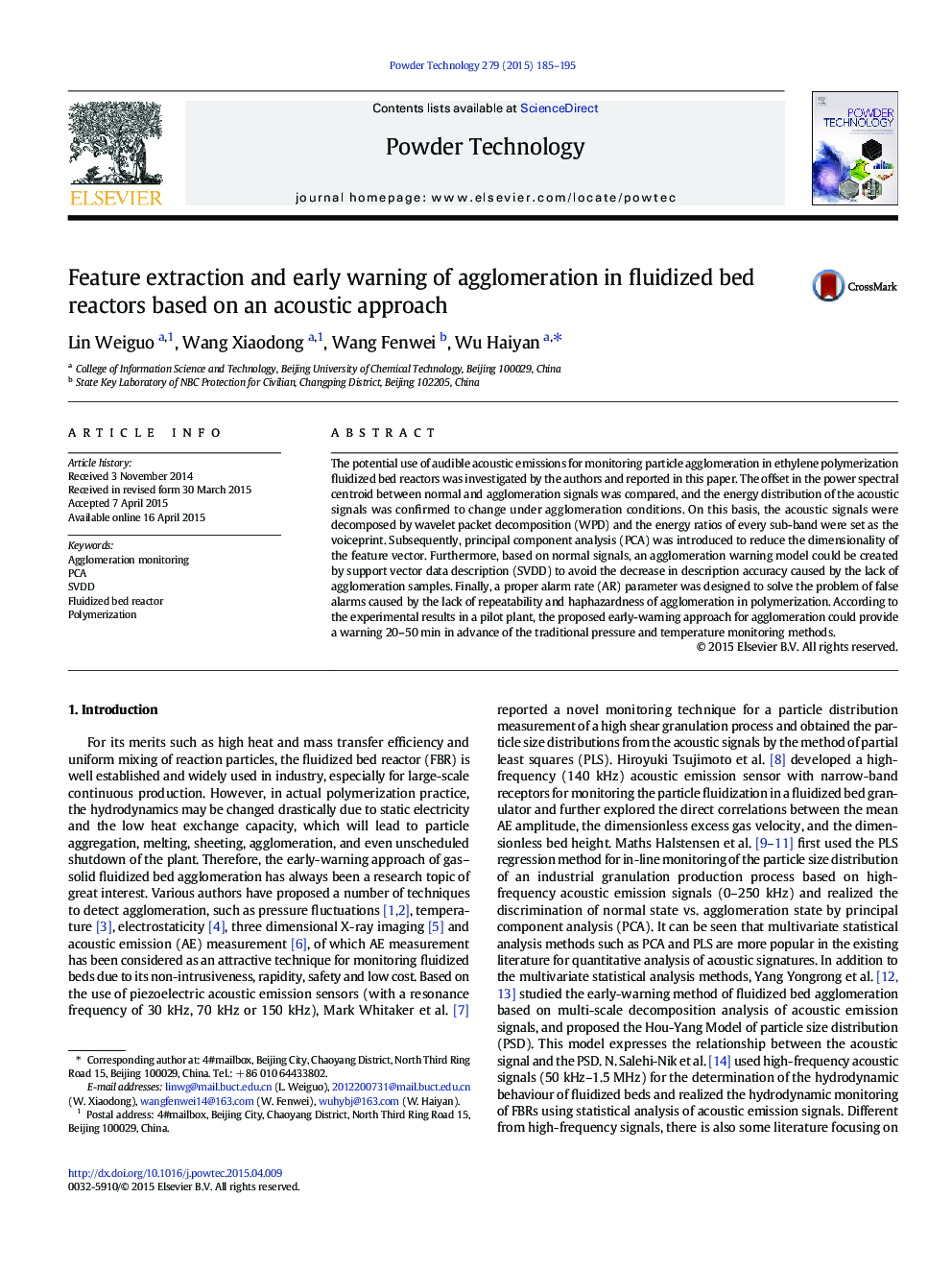 • An audible acoustic approach is proposed for monitoring FBR agglomeration.
• Wavelet packet decomposition method is used to extract feature vector.
• PCA is employed to reduce the dimension of feature vector.
• SVDD based on normal signals is introduced for agglomeration modelling.
• Experiments in a pilot plant verify availability of the proposed approach.

The potential use of audible acoustic emissions for monitoring particle agglomeration in ethylene polymerization fluidized bed reactors was investigated by the authors and reported in this paper. The offset in the power spectral centroid between normal and agglomeration signals was compared, and the energy distribution of the acoustic signals was confirmed to change under agglomeration conditions. On this basis, the acoustic signals were decomposed by wavelet packet decomposition (WPD) and the energy ratios of every sub-band were set as the voiceprint. Subsequently, principal component analysis (PCA) was introduced to reduce the dimensionality of the feature vector. Furthermore, based on normal signals, an agglomeration warning model could be created by support vector data description (SVDD) to avoid the decrease in description accuracy caused by the lack of agglomeration samples. Finally, a proper alarm rate (AR) parameter was designed to solve the problem of false alarms caused by the lack of repeatability and haphazardness of agglomeration in polymerization. According to the experimental results in a pilot plant, the proposed early-warning approach for agglomeration could provide a warning 20–50 min in advance of the traditional pressure and temperature monitoring methods.