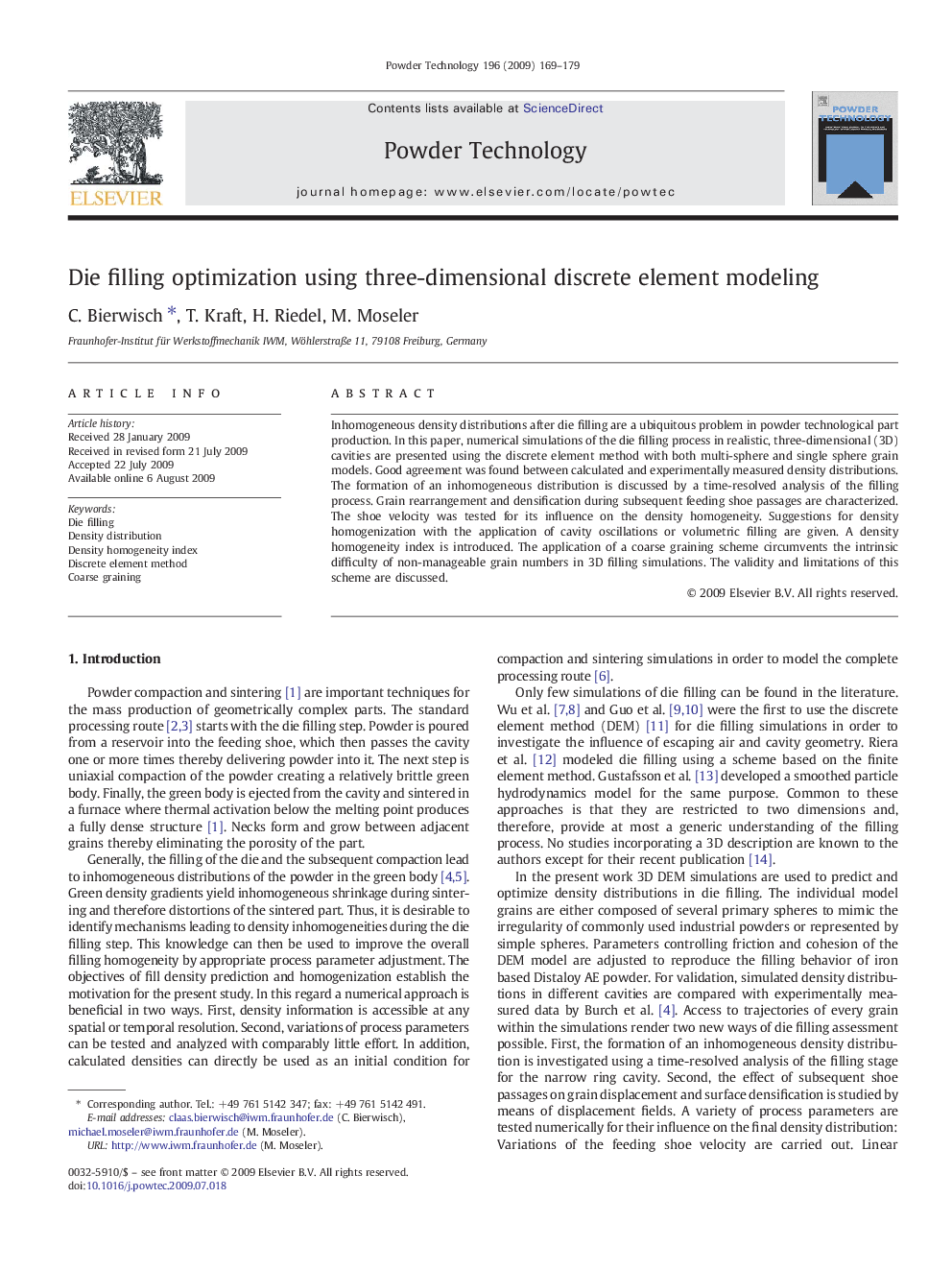 Inhomogeneous density distributions after die filling are a ubiquitous problem in powder technological part production. In this paper, numerical simulations of the die filling process in realistic, three-dimensional (3D) cavities are presented using the discrete element method with both multi-sphere and single sphere grain models. Good agreement was found between calculated and experimentally measured density distributions. The formation of an inhomogeneous distribution is discussed by a time-resolved analysis of the filling process. Grain rearrangement and densification during subsequent feeding shoe passages are characterized. The shoe velocity was tested for its influence on the density homogeneity. Suggestions for density homogenization with the application of cavity oscillations or volumetric filling are given. A density homogeneity index is introduced. The application of a coarse graining scheme circumvents the intrinsic difficulty of non-manageable grain numbers in 3D filling simulations. The validity and limitations of this scheme are discussed.

Large-scale simulations of the die filling process were carried out using discrete element modeling. Density distributions are found to be in good agreement with experimental observations. Mechanisms leading to density inhomogeneities are highlighted and process variations yielding improved homogeneity are assessed.Figure optionsDownload as PowerPoint slide