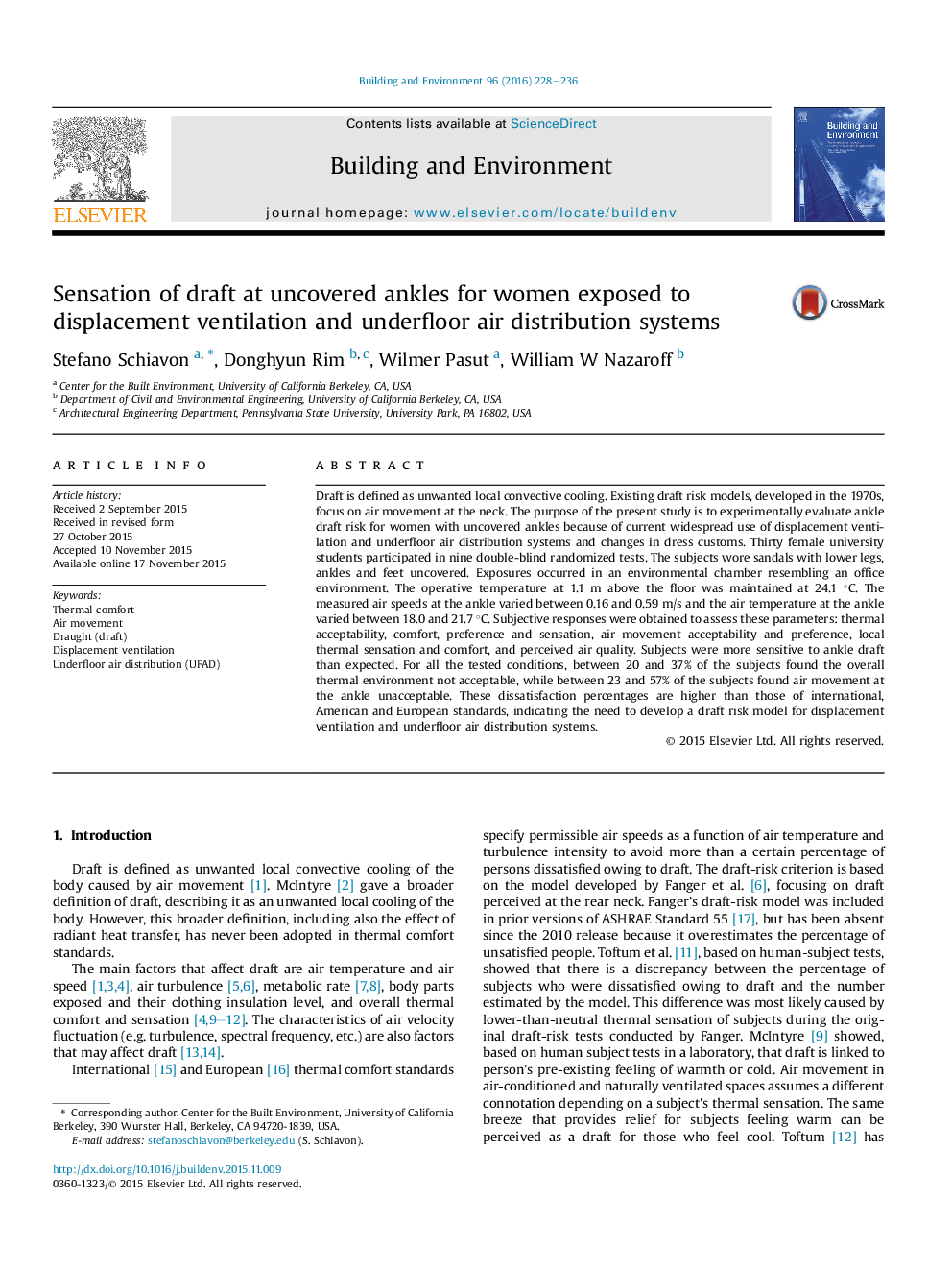 • Existing draft risk model focuses on the neck and overhead supply systems.
• Air distribution systems and dress customs have changed.
• Thirty women with uncovered lower legs, ankles and feet were tested.
• From 23 to 57% of the subjects found the tested air movement unacceptable.
• Subjects were more sensitive to draft than expected.

Draft is defined as unwanted local convective cooling. Existing draft risk models, developed in the 1970s, focus on air movement at the neck. The purpose of the present study is to experimentally evaluate ankle draft risk for women with uncovered ankles because of current widespread use of displacement ventilation and underfloor air distribution systems and changes in dress customs. Thirty female university students participated in nine double-blind randomized tests. The subjects wore sandals with lower legs, ankles and feet uncovered. Exposures occurred in an environmental chamber resembling an office environment. The operative temperature at 1.1 m above the floor was maintained at 24.1 °C. The measured air speeds at the ankle varied between 0.16 and 0.59 m/s and the air temperature at the ankle varied between 18.0 and 21.7 °C. Subjective responses were obtained to assess these parameters: thermal acceptability, comfort, preference and sensation, air movement acceptability and preference, local thermal sensation and comfort, and perceived air quality. Subjects were more sensitive to ankle draft than expected. For all the tested conditions, between 20 and 37% of the subjects found the overall thermal environment not acceptable, while between 23 and 57% of the subjects found air movement at the ankle unacceptable. These dissatisfaction percentages are higher than those of international, American and European standards, indicating the need to develop a draft risk model for displacement ventilation and underfloor air distribution systems.