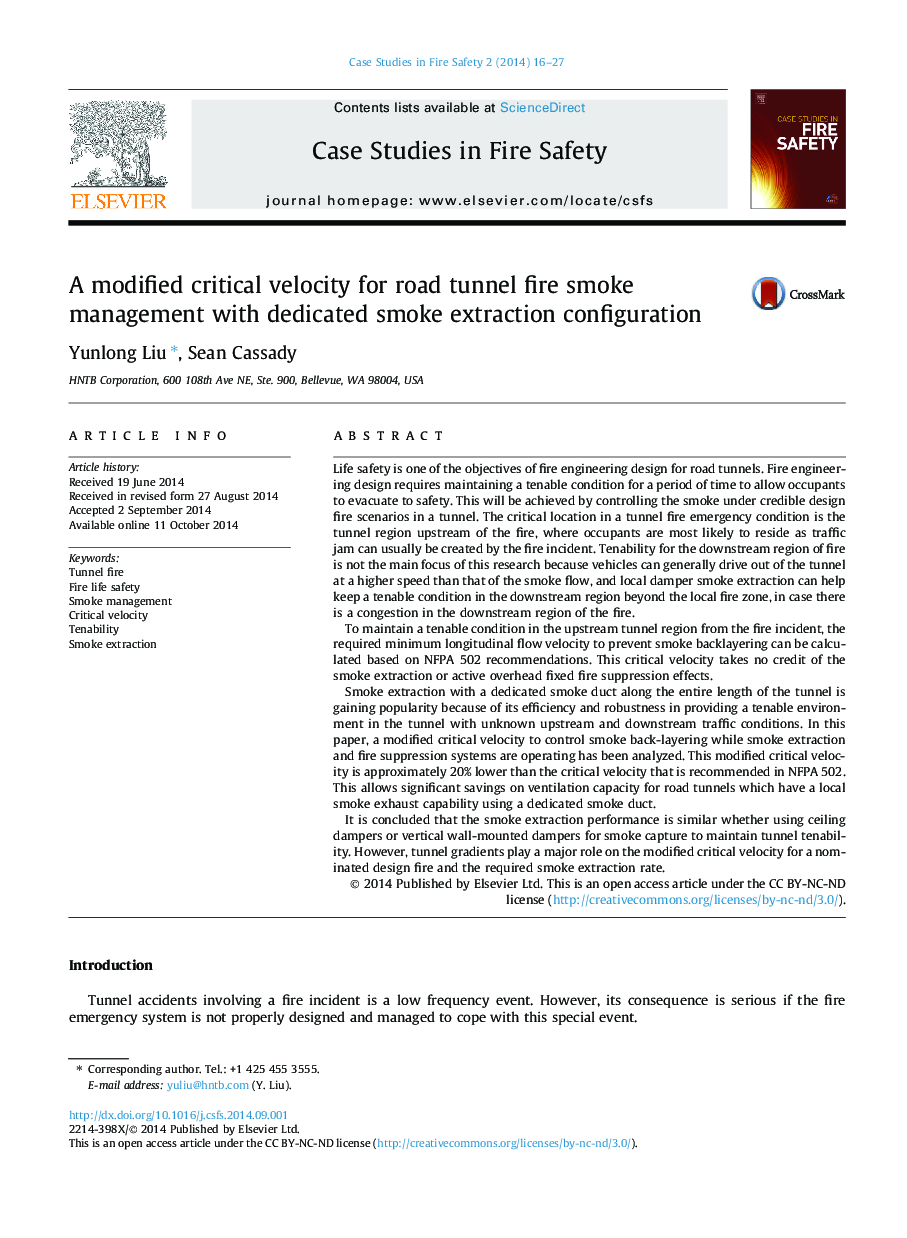 Life safety is one of the objectives of fire engineering design for road tunnels. Fire engineering design requires maintaining a tenable condition for a period of time to allow occupants to evacuate to safety. This will be achieved by controlling the smoke under credible design fire scenarios in a tunnel. The critical location in a tunnel fire emergency condition is the tunnel region upstream of the fire, where occupants are most likely to reside as traffic jam can usually be created by the fire incident. Tenability for the downstream region of fire is not the main focus of this research because vehicles can generally drive out of the tunnel at a higher speed than that of the smoke flow, and local damper smoke extraction can help keep a tenable condition in the downstream region beyond the local fire zone, in case there is a congestion in the downstream region of the fire.To maintain a tenable condition in the upstream tunnel region from the fire incident, the required minimum longitudinal flow velocity to prevent smoke backlayering can be calculated based on NFPA 502 recommendations. This critical velocity takes no credit of the smoke extraction or active overhead fixed fire suppression effects.Smoke extraction with a dedicated smoke duct along the entire length of the tunnel is gaining popularity because of its efficiency and robustness in providing a tenable environment in the tunnel with unknown upstream and downstream traffic conditions. In this paper, a modified critical velocity to control smoke back-layering while smoke extraction and fire suppression systems are operating has been analyzed. This modified critical velocity is approximately 20% lower than the critical velocity that is recommended in NFPA 502. This allows significant savings on ventilation capacity for road tunnels which have a local smoke exhaust capability using a dedicated smoke duct.It is concluded that the smoke extraction performance is similar whether using ceiling dampers or vertical wall-mounted dampers for smoke capture to maintain tunnel tenability. However, tunnel gradients play a major role on the modified critical velocity for a nominated design fire and the required smoke extraction rate.