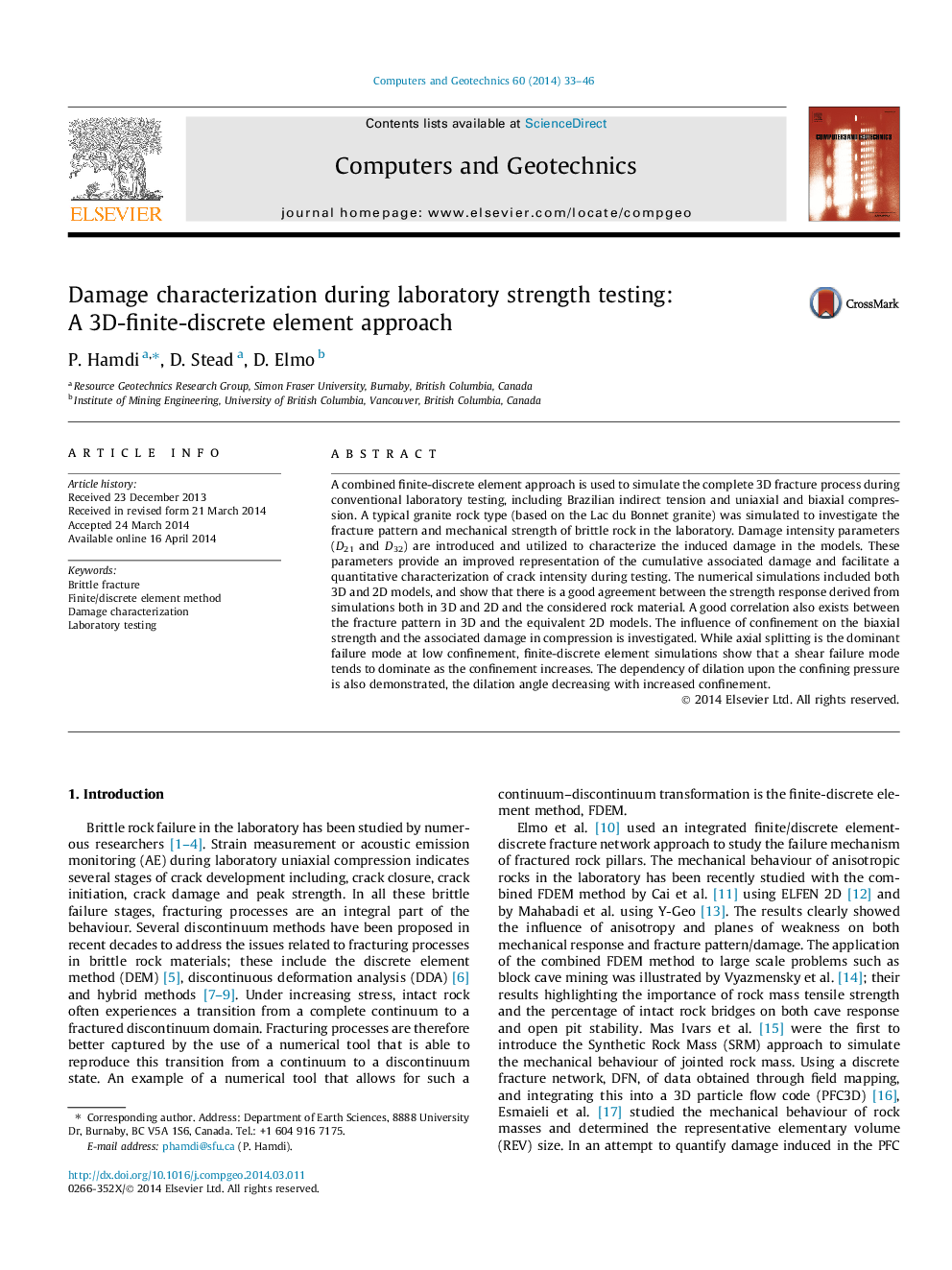 A combined finite-discrete element approach is used to simulate the complete 3D fracture process during conventional laboratory testing, including Brazilian indirect tension and uniaxial and biaxial compression. A typical granite rock type (based on the Lac du Bonnet granite) was simulated to investigate the fracture pattern and mechanical strength of brittle rock in the laboratory. Damage intensity parameters (D21 and D32) are introduced and utilized to characterize the induced damage in the models. These parameters provide an improved representation of the cumulative associated damage and facilitate a quantitative characterization of crack intensity during testing. The numerical simulations included both 3D and 2D models, and show that there is a good agreement between the strength response derived from simulations both in 3D and 2D and the considered rock material. A good correlation also exists between the fracture pattern in 3D and the equivalent 2D models. The influence of confinement on the biaxial strength and the associated damage in compression is investigated. While axial splitting is the dominant failure mode at low confinement, finite-discrete element simulations show that a shear failure mode tends to dominate as the confinement increases. The dependency of dilation upon the confining pressure is also demonstrated, the dilation angle decreasing with increased confinement.