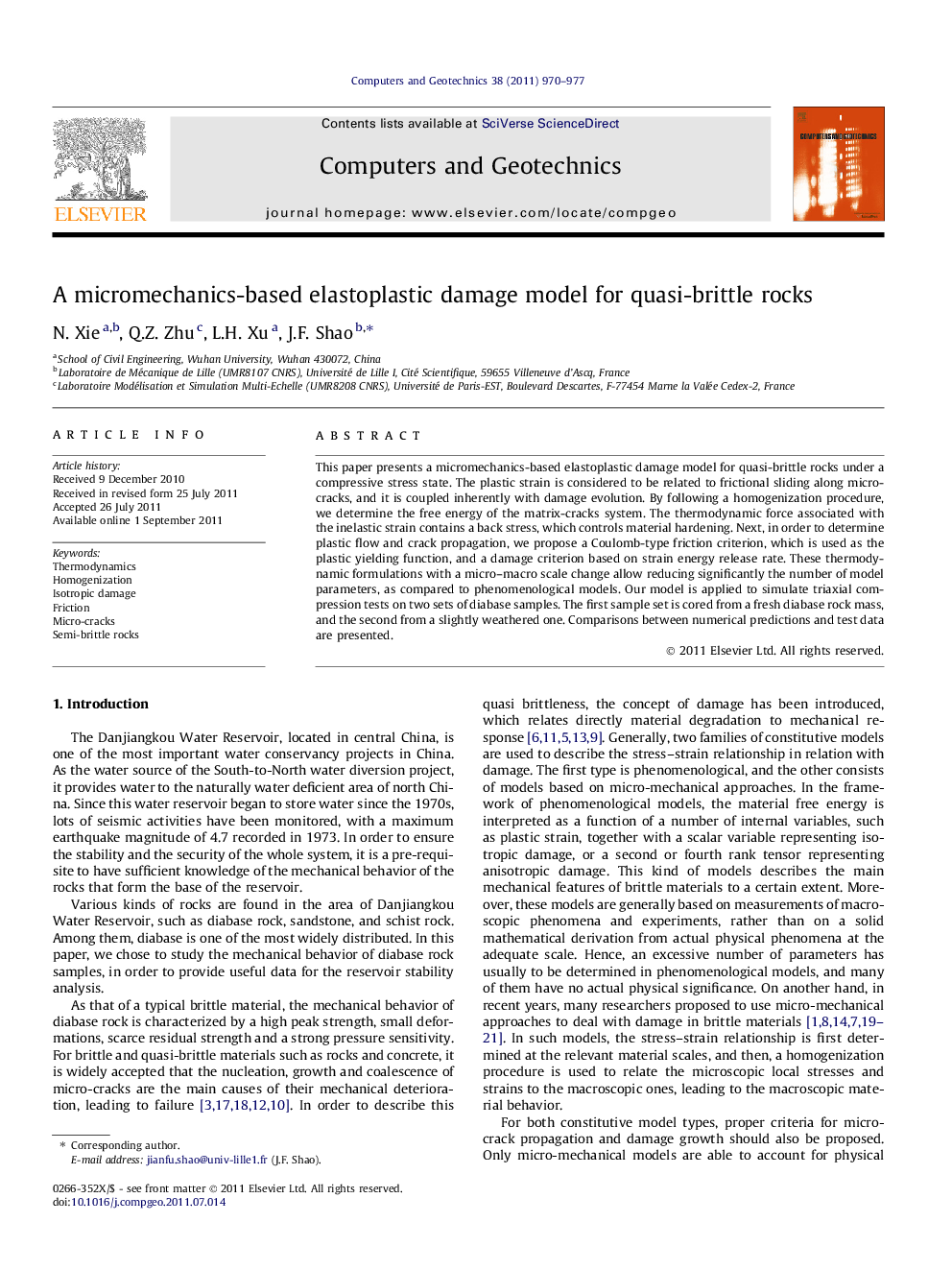 This paper presents a micromechanics-based elastoplastic damage model for quasi-brittle rocks under a compressive stress state. The plastic strain is considered to be related to frictional sliding along micro-cracks, and it is coupled inherently with damage evolution. By following a homogenization procedure, we determine the free energy of the matrix-cracks system. The thermodynamic force associated with the inelastic strain contains a back stress, which controls material hardening. Next, in order to determine plastic flow and crack propagation, we propose a Coulomb-type friction criterion, which is used as the plastic yielding function, and a damage criterion based on strain energy release rate. These thermodynamic formulations with a micro–macro scale change allow reducing significantly the number of model parameters, as compared to phenomenological models. Our model is applied to simulate triaxial compression tests on two sets of diabase samples. The first sample set is cored from a fresh diabase rock mass, and the second from a slightly weathered one. Comparisons between numerical predictions and test data are presented.

► Formulation of a new micromechanical model for brittle rocks based on proper homogenization procedure.
► Damage evolution and friction sliding described in irreversible thermodynamics at local scale.
► Damage and frictional sliding coupling and unilateral effects are taken into account.
► Main features of mechanical responses of brittle rocks are described.