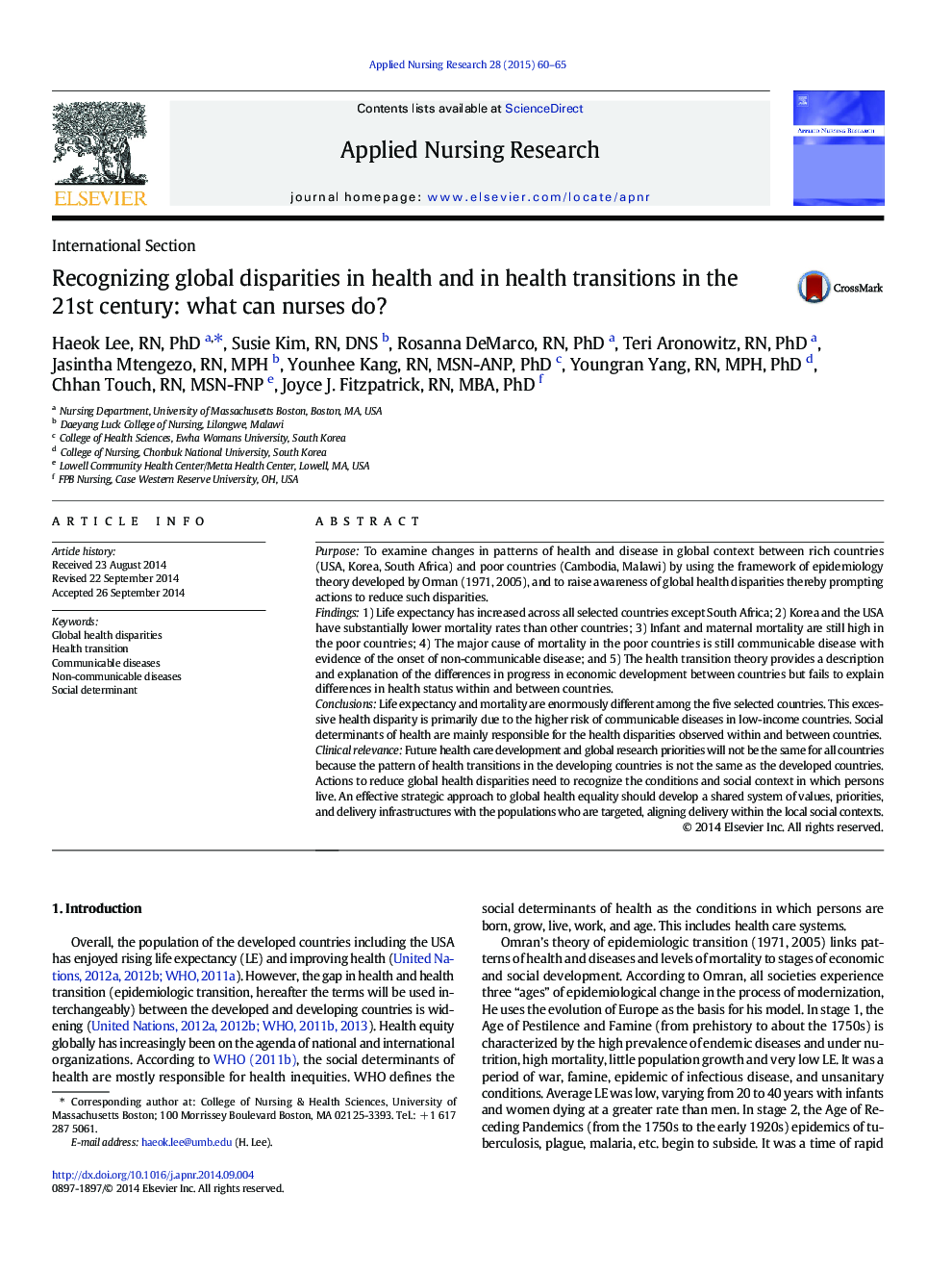 PurposeTo examine changes in patterns of health and disease in global context between rich countries (USA, Korea, South Africa) and poor countries (Cambodia, Malawi) by using the framework of epidemiology theory developed by Orman (1971, 2005), and to raise awareness of global health disparities thereby prompting actions to reduce such disparities.Findings1) Life expectancy has increased across all selected countries except South Africa; 2) Korea and the USA have substantially lower mortality rates than other countries; 3) Infant and maternal mortality are still high in the poor countries; 4) The major cause of mortality in the poor countries is still communicable disease with evidence of the onset of non-communicable disease; and 5) The health transition theory provides a description and explanation of the differences in progress in economic development between countries but fails to explain differences in health status within and between countries.ConclusionsLife expectancy and mortality are enormously different among the five selected countries. This excessive health disparity is primarily due to the higher risk of communicable diseases in low-income countries. Social determinants of health are mainly responsible for the health disparities observed within and between countries.Clinical relevanceFuture health care development and global research priorities will not be the same for all countries because the pattern of health transitions in the developing countries is not the same as the developed countries. Actions to reduce global health disparities need to recognize the conditions and social context in which persons live. An effective strategic approach to global health equality should develop a shared system of values, priorities, and delivery infrastructures with the populations who are targeted, aligning delivery within the local social contexts.