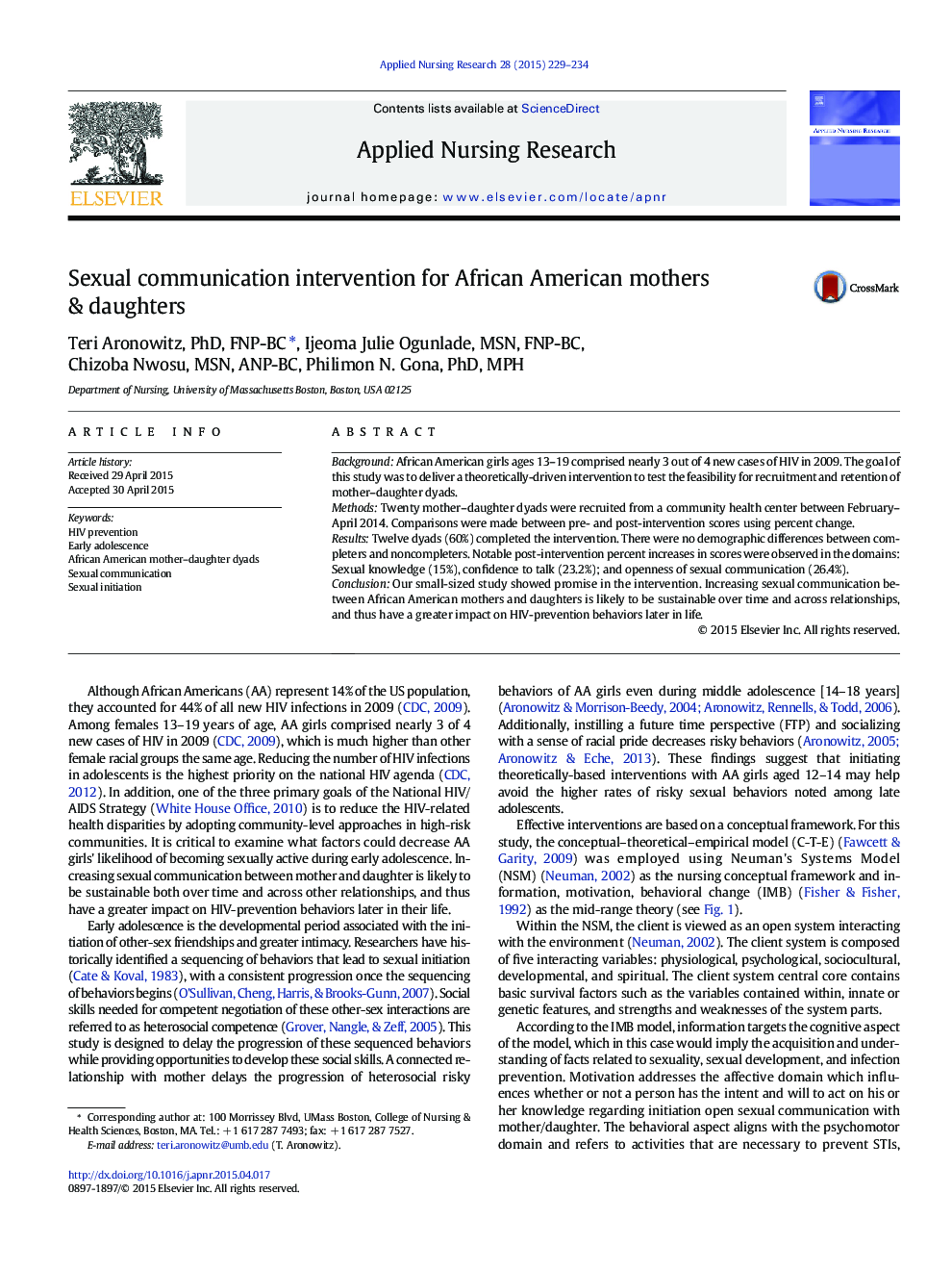 BackgroundAfrican American girls ages 13–19 comprised nearly 3 out of 4 new cases of HIV in 2009. The goal of this study was to deliver a theoretically-driven intervention to test the feasibility for recruitment and retention of mother–daughter dyads.MethodsTwenty mother–daughter dyads were recruited from a community health center between February–April 2014. Comparisons were made between pre- and post-intervention scores using percent change.ResultsTwelve dyads (60%) completed the intervention. There were no demographic differences between completers and noncompleters. Notable post-intervention percent increases in scores were observed in the domains: Sexual knowledge (15%), confidence to talk (23.2%); and openness of sexual communication (26.4%).ConclusionOur small-sized study showed promise in the intervention. Increasing sexual communication between African American mothers and daughters is likely to be sustainable over time and across relationships, and thus have a greater impact on HIV-prevention behaviors later in life.