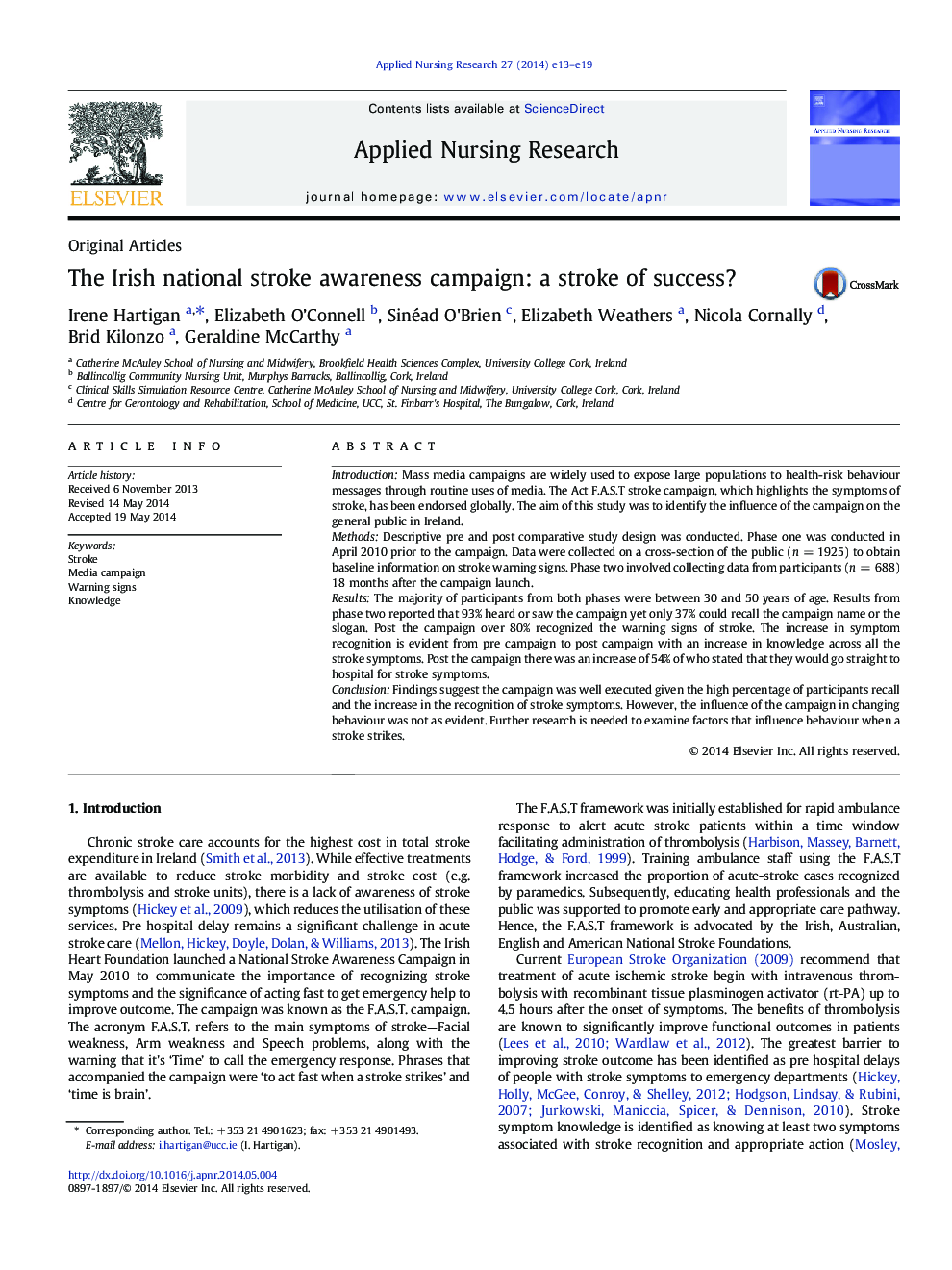 IntroductionMass media campaigns are widely used to expose large populations to health-risk behaviour messages through routine uses of media. The Act F.A.S.T stroke campaign, which highlights the symptoms of stroke, has been endorsed globally. The aim of this study was to identify the influence of the campaign on the general public in Ireland.MethodsDescriptive pre and post comparative study design was conducted. Phase one was conducted in April 2010 prior to the campaign. Data were collected on a cross-section of the public (n = 1925) to obtain baseline information on stroke warning signs. Phase two involved collecting data from participants (n = 688) 18 months after the campaign launch.ResultsThe majority of participants from both phases were between 30 and 50 years of age. Results from phase two reported that 93% heard or saw the campaign yet only 37% could recall the campaign name or the slogan. Post the campaign over 80% recognized the warning signs of stroke. The increase in symptom recognition is evident from pre campaign to post campaign with an increase in knowledge across all the stroke symptoms. Post the campaign there was an increase of 54% of who stated that they would go straight to hospital for stroke symptoms.ConclusionFindings suggest the campaign was well executed given the high percentage of participants recall and the increase in the recognition of stroke symptoms. However, the influence of the campaign in changing behaviour was not as evident. Further research is needed to examine factors that influence behaviour when a stroke strikes.