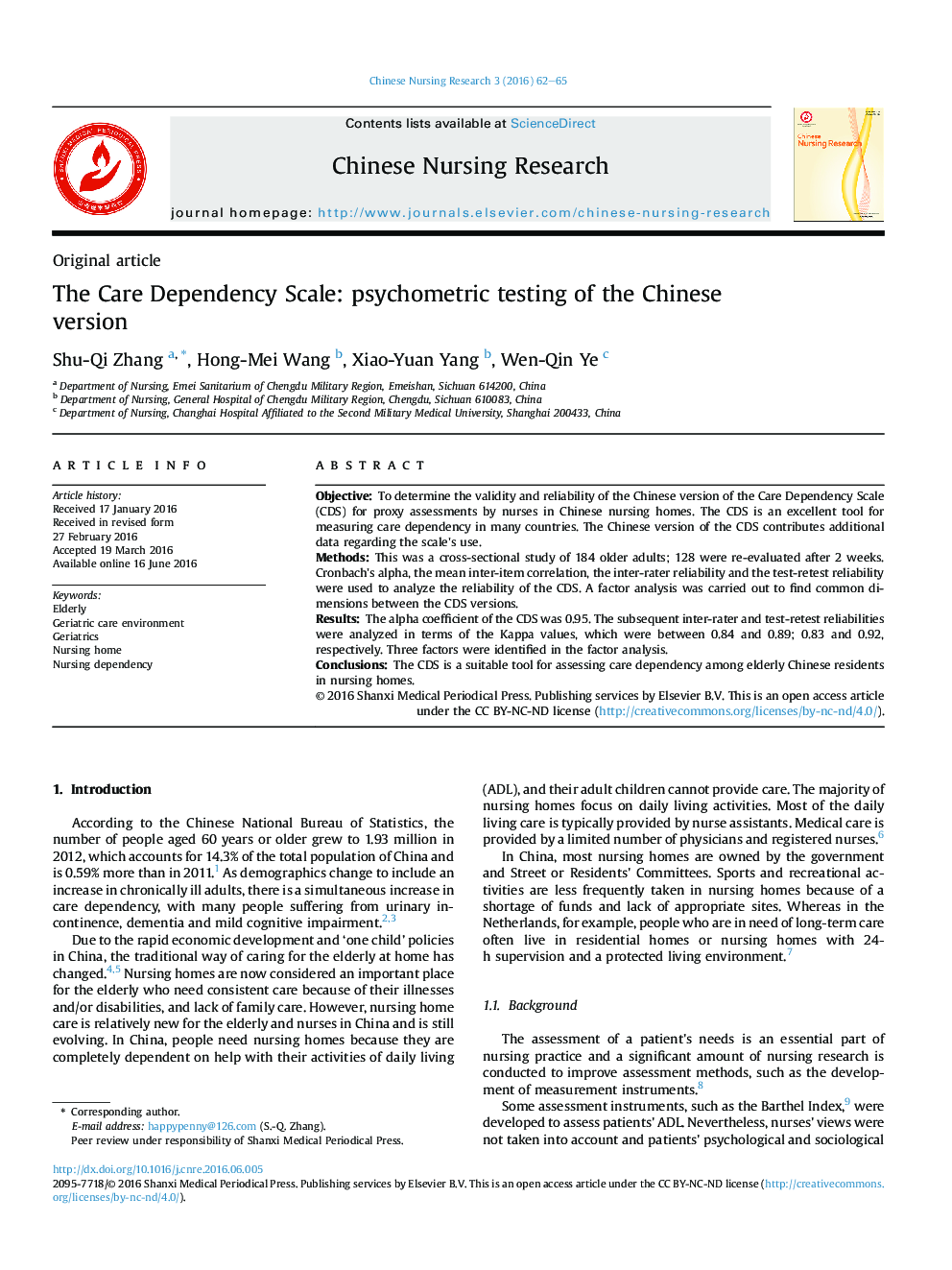 ObjectiveTo determine the validity and reliability of the Chinese version of the Care Dependency Scale (CDS) for proxy assessments by nurses in Chinese nursing homes. The CDS is an excellent tool for measuring care dependency in many countries. The Chinese version of the CDS contributes additional data regarding the scale's use.MethodsThis was a cross-sectional study of 184 older adults; 128 were re-evaluated after 2 weeks. Cronbach's alpha, the mean inter-item correlation, the inter-rater reliability and the test-retest reliability were used to analyze the reliability of the CDS. A factor analysis was carried out to find common dimensions between the CDS versions.ResultsThe alpha coefficient of the CDS was 0.95. The subsequent inter-rater and test-retest reliabilities were analyzed in terms of the Kappa values, which were between 0.84 and 0.89; 0.83 and 0.92, respectively. Three factors were identified in the factor analysis.ConclusionsThe CDS is a suitable tool for assessing care dependency among elderly Chinese residents in nursing homes.