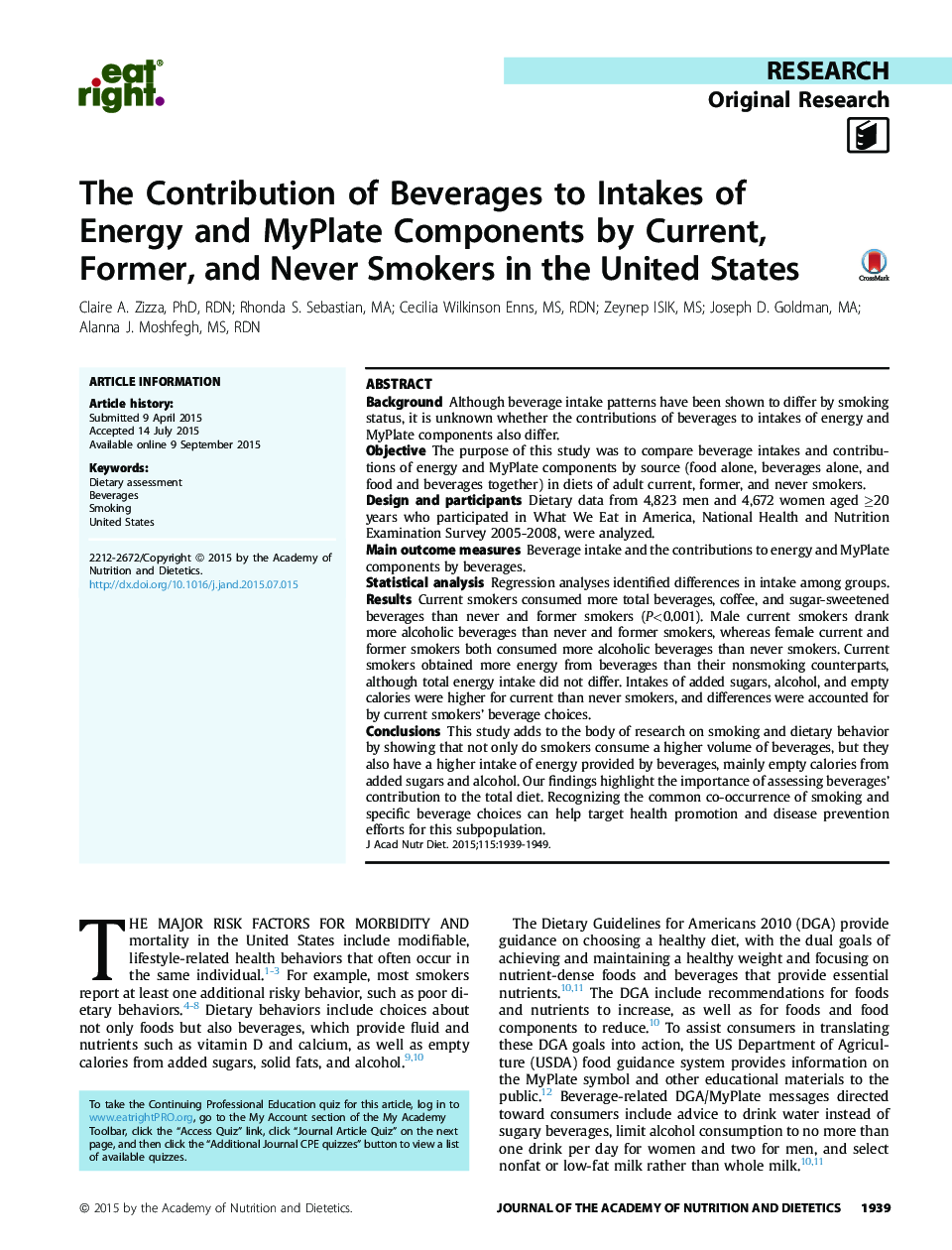 BackgroundAlthough beverage intake patterns have been shown to differ by smoking status, it is unknown whether the contributions of beverages to intakes of energy and MyPlate components also differ.ObjectiveThe purpose of this study was to compare beverage intakes and contributions of energy and MyPlate components by source (food alone, beverages alone, and food and beverages together) in diets of adult current, former, and never smokers.Design and participantsDietary data from 4,823 men and 4,672 women aged ≥20 years who participated in What We Eat in America, National Health and Nutrition Examination Survey 2005-2008, were analyzed.Main outcome measuresBeverage intake and the contributions to energy and MyPlate components by beverages.Statistical analysisRegression analyses identified differences in intake among groups.ResultsCurrent smokers consumed more total beverages, coffee, and sugar-sweetened beverages than never and former smokers (P<0.001). Male current smokers drank more alcoholic beverages than never and former smokers, whereas female current and former smokers both consumed more alcoholic beverages than never smokers. Current smokers obtained more energy from beverages than their nonsmoking counterparts, although total energy intake did not differ. Intakes of added sugars, alcohol, and empty calories were higher for current than never smokers, and differences were accounted for by current smokers’ beverage choices.ConclusionsThis study adds to the body of research on smoking and dietary behavior by showing that not only do smokers consume a higher volume of beverages, but they also have a higher intake of energy provided by beverages, mainly empty calories from added sugars and alcohol. Our findings highlight the importance of assessing beverages’ contribution to the total diet. Recognizing the common co-occurrence of smoking and specific beverage choices can help target health promotion and disease prevention efforts for this subpopulation.