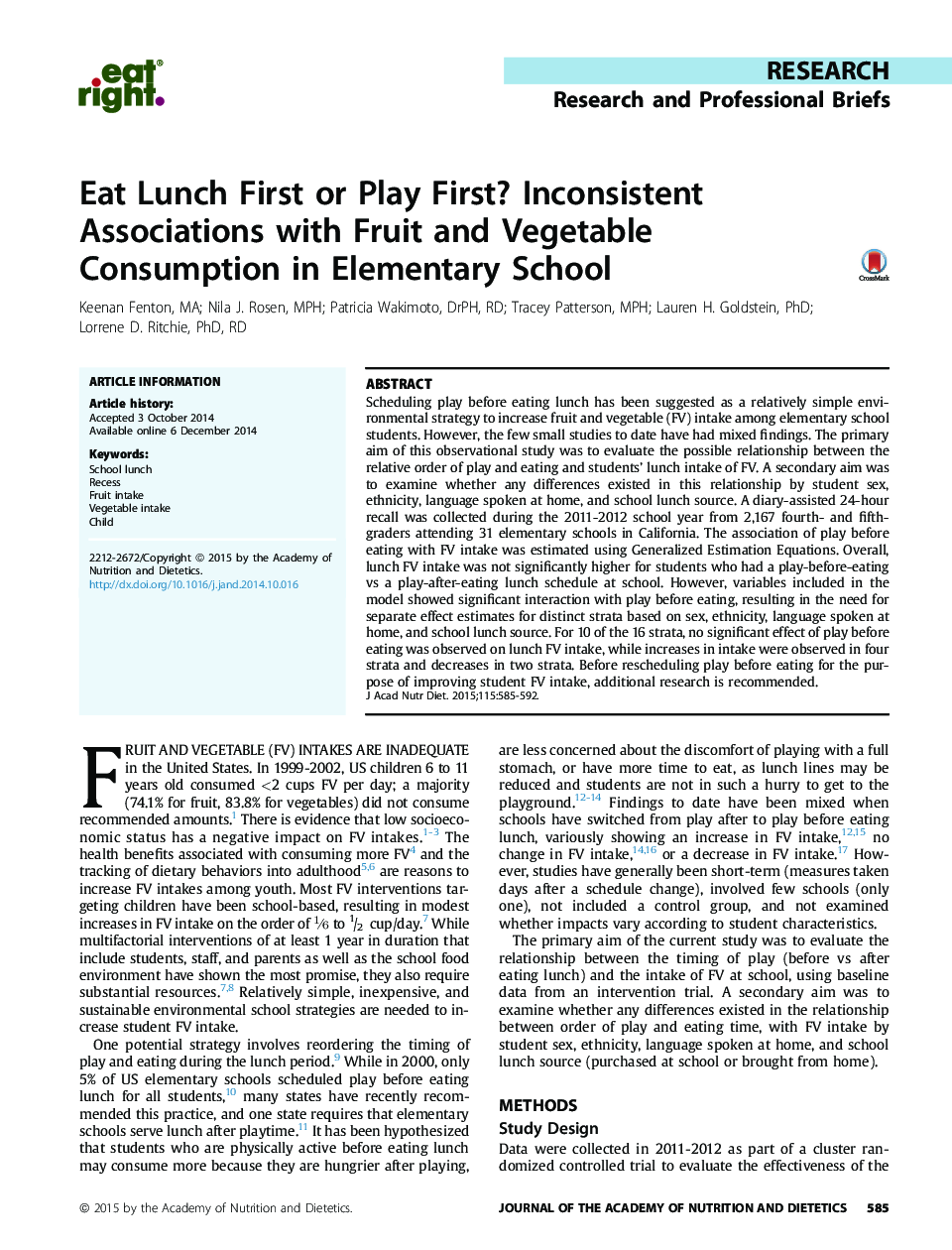 Scheduling play before eating lunch has been suggested as a relatively simple environmental strategy to increase fruit and vegetable (FV) intake among elementary school students. However, the few small studies to date have had mixed findings. The primary aim of this observational study was to evaluate the possible relationship between the relative order of play and eating and students’ lunch intake of FV. A secondary aim was to examine whether any differences existed in this relationship by student sex, ethnicity, language spoken at home, and school lunch source. A diary-assisted 24-hour recall was collected during the 2011-2012 school year from 2,167 fourth- and fifth-graders attending 31 elementary schools in California. The association of play before eating with FV intake was estimated using Generalized Estimation Equations. Overall, lunch FV intake was not significantly higher for students who had a play-before-eating vs a play-after-eating lunch schedule at school. However, variables included in the model showed significant interaction with play before eating, resulting in the need for separate effect estimates for distinct strata based on sex, ethnicity, language spoken at home, and school lunch source. For 10 of the 16 strata, no significant effect of play before eating was observed on lunch FV intake, while increases in intake were observed in four strata and decreases in two strata. Before rescheduling play before eating for the purpose of improving student FV intake, additional research is recommended.