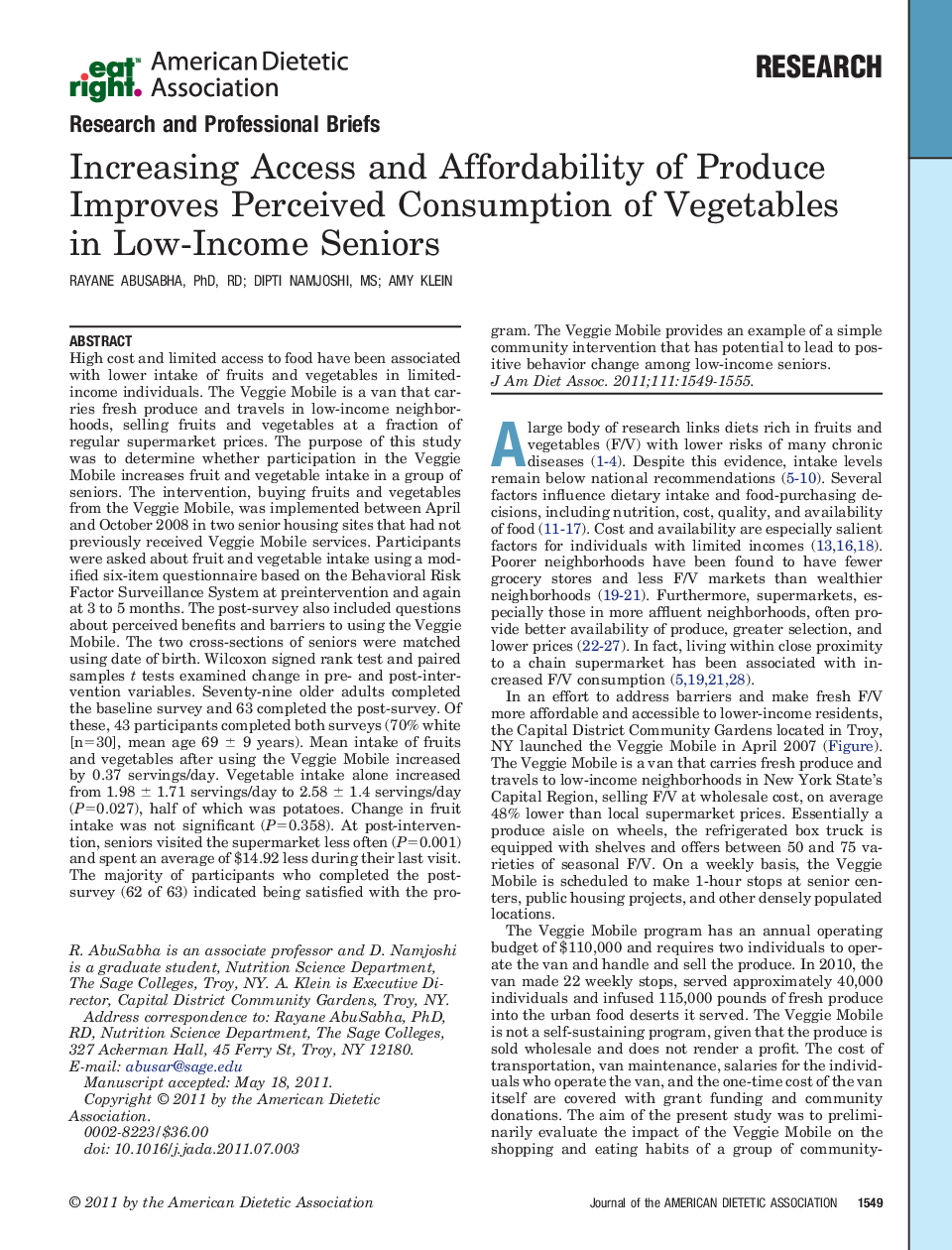 High cost and limited access to food have been associated with lower intake of fruits and vegetables in limited-income individuals. The Veggie Mobile is a van that carries fresh produce and travels in low-income neighborhoods, selling fruits and vegetables at a fraction of regular supermarket prices. The purpose of this study was to determine whether participation in the Veggie Mobile increases fruit and vegetable intake in a group of seniors. The intervention, buying fruits and vegetables from the Veggie Mobile, was implemented between April and October 2008 in two senior housing sites that had not previously received Veggie Mobile services. Participants were asked about fruit and vegetable intake using a modified six-item questionnaire based on the Behavioral Risk Factor Surveillance System at preintervention and again at 3 to 5 months. The post-survey also included questions about perceived benefits and barriers to using the Veggie Mobile. The two cross-sections of seniors were matched using date of birth. Wilcoxon signed rank test and paired samples t tests examined change in pre- and post-intervention variables. Seventy-nine older adults completed the baseline survey and 63 completed the post-survey. Of these, 43 participants completed both surveys (70% white [n=30], mean age 69 ± 9 years). Mean intake of fruits and vegetables after using the Veggie Mobile increased by 0.37 servings/day. Vegetable intake alone increased from 1.98 ± 1.71 servings/day to 2.58 ± 1.4 servings/day (P=0.027), half of which was potatoes. Change in fruit intake was not significant (P=0.358). At post-intervention, seniors visited the supermarket less often (P=0.001) and spent an average of $14.92 less during their last visit. The majority of participants who completed the post-survey (62 of 63) indicated being satisfied with the program. The Veggie Mobile provides an example of a simple community intervention that has potential to lead to positive behavior change among low-income seniors.