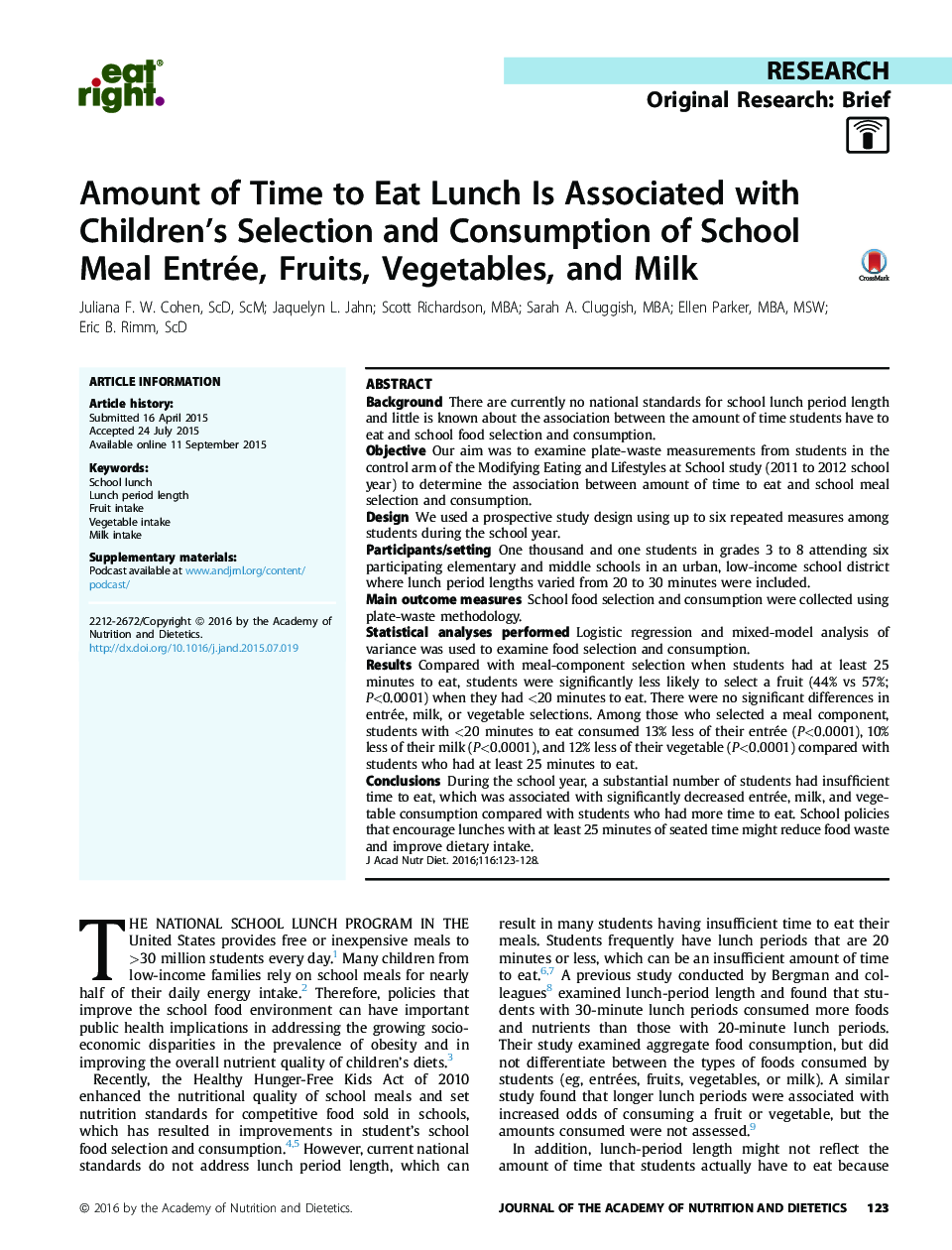 BackgroundThere are currently no national standards for school lunch period length and little is known about the association between the amount of time students have to eat and school food selection and consumption.ObjectiveOur aim was to examine plate-waste measurements from students in the control arm of the Modifying Eating and Lifestyles at School study (2011 to 2012 school year) to determine the association between amount of time to eat and school meal selection and consumption.DesignWe used a prospective study design using up to six repeated measures among students during the school year.Participants/settingOne thousand and one students in grades 3 to 8 attending six participating elementary and middle schools in an urban, low-income school district where lunch period lengths varied from 20 to 30 minutes were included.Main outcome measuresSchool food selection and consumption were collected using plate-waste methodology.Statistical analyses performedLogistic regression and mixed-model analysis of variance was used to examine food selection and consumption.ResultsCompared with meal-component selection when students had at least 25 minutes to eat, students were significantly less likely to select a fruit (44% vs 57%; P<0.0001) when they had <20 minutes to eat. There were no significant differences in entrée, milk, or vegetable selections. Among those who selected a meal component, students with <20 minutes to eat consumed 13% less of their entrée (P<0.0001), 10% less of their milk (P<0.0001), and 12% less of their vegetable (P<0.0001) compared with students who had at least 25 minutes to eat.ConclusionsDuring the school year, a substantial number of students had insufficient time to eat, which was associated with significantly decreased entrée, milk, and vegetable consumption compared with students who had more time to eat. School policies that encourage lunches with at least 25 minutes of seated time might reduce food waste and improve dietary intake.