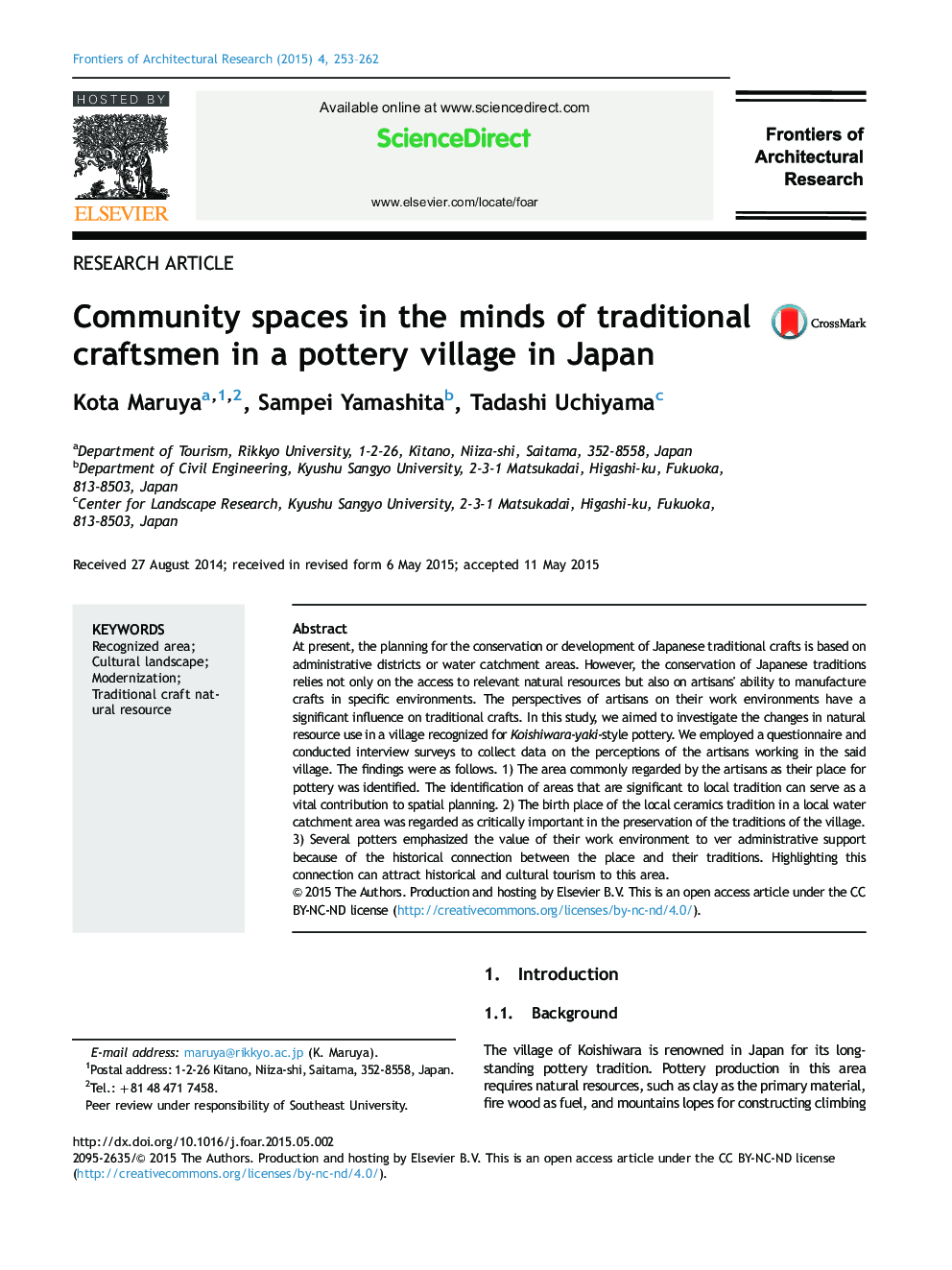 At present, the planning for the conservation or development of Japanese traditional crafts is based on administrative districts or water catchment areas. However, the conservation of Japanese traditions relies not only on the access to relevant natural resources but also on artisans׳ ability to manufacture crafts in specific environments. The perspectives of artisans on their work environments have a significant influence on traditional crafts. In this study, we aimed to investigate the changes in natural resource use in a village recognized for Koishiwara-yaki-style pottery. We employed a questionnaire and conducted interview surveys to collect data on the perceptions of the artisans working in the said village. The findings were as follows. 1) The area commonly regarded by the artisans as their place for pottery was identified. The identification of areas that are significant to local tradition can serve as a vital contribution to spatial planning. 2) The birth place of the local ceramics tradition in a local water catchment area was regarded as critically important in the preservation of the traditions of the village. 3) Several potters emphasized the value of their work environment to ver administrative support because of the historical connection between the place and their traditions. Highlighting this connection can attract historical and cultural tourism to this area.