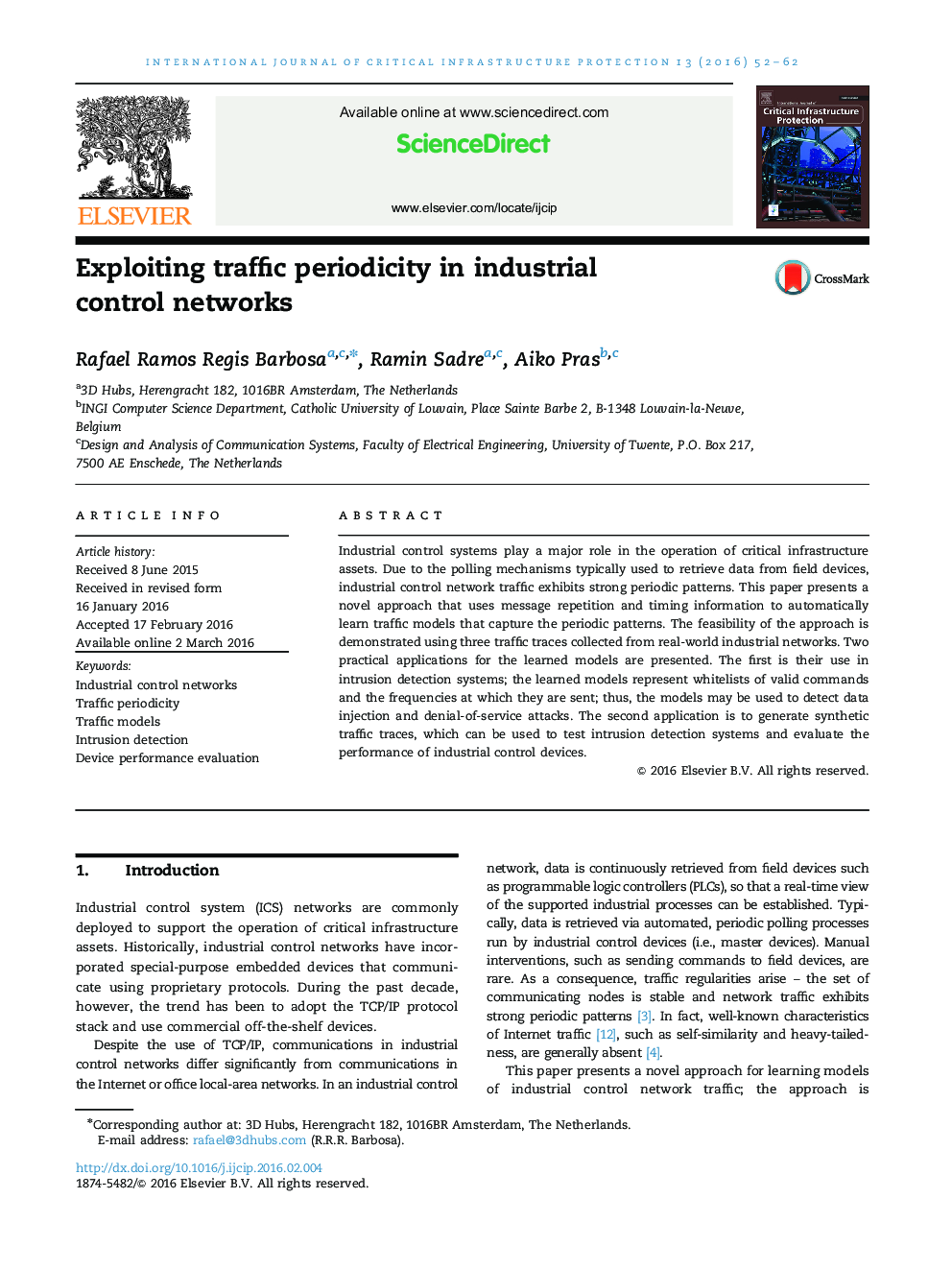 Industrial control systems play a major role in the operation of critical infrastructure assets. Due to the polling mechanisms typically used to retrieve data from field devices, industrial control network traffic exhibits strong periodic patterns. This paper presents a novel approach that uses message repetition and timing information to automatically learn traffic models that capture the periodic patterns. The feasibility of the approach is demonstrated using three traffic traces collected from real-world industrial networks. Two practical applications for the learned models are presented. The first is their use in intrusion detection systems; the learned models represent whitelists of valid commands and the frequencies at which they are sent; thus, the models may be used to detect data injection and denial-of-service attacks. The second application is to generate synthetic traffic traces, which can be used to test intrusion detection systems and evaluate the performance of industrial control devices.