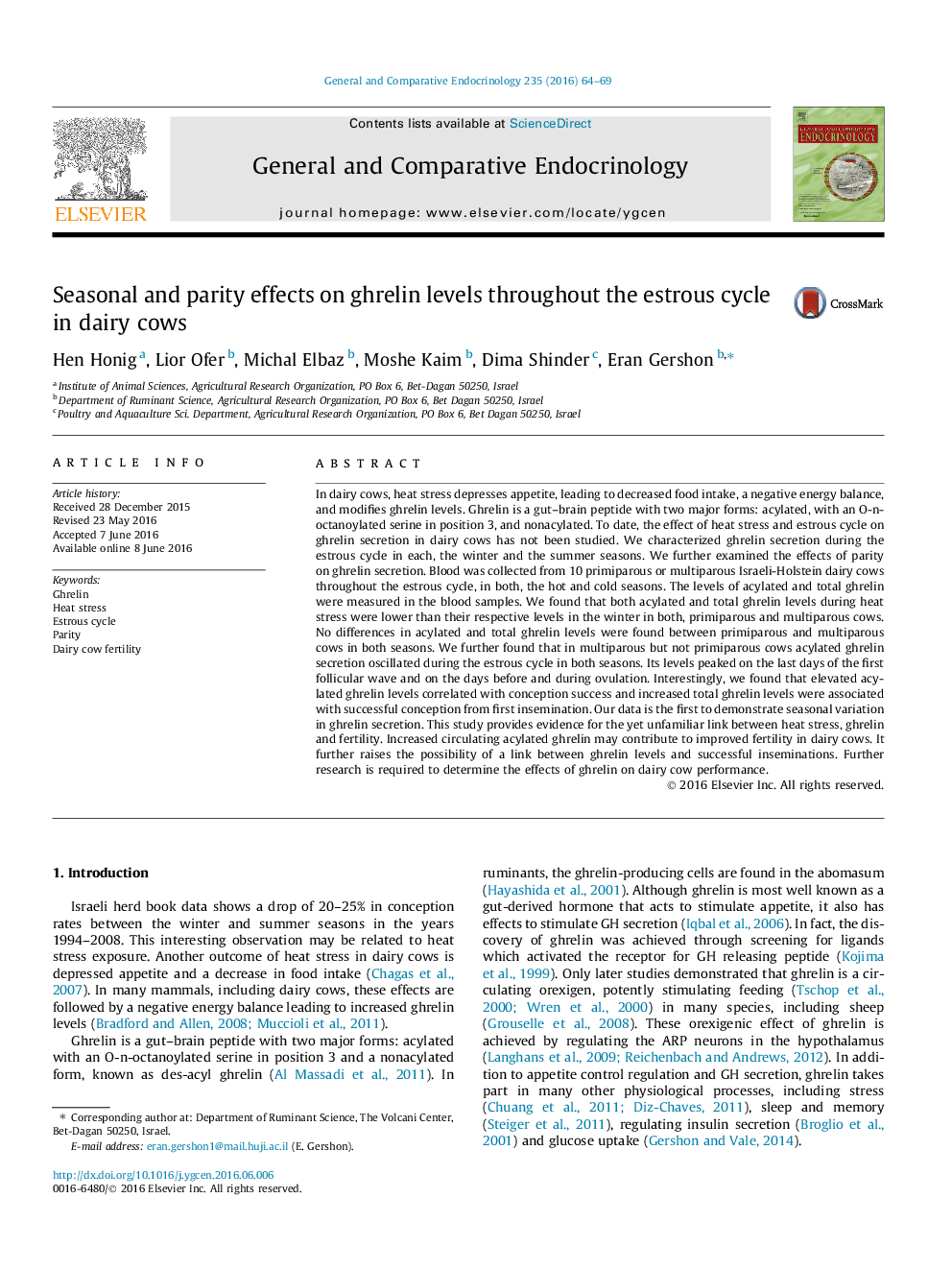 In dairy cows, heat stress depresses appetite, leading to decreased food intake, a negative energy balance, and modifies ghrelin levels. Ghrelin is a gut–brain peptide with two major forms: acylated, with an O-n-octanoylated serine in position 3, and nonacylated. To date, the effect of heat stress and estrous cycle on ghrelin secretion in dairy cows has not been studied. We characterized ghrelin secretion during the estrous cycle in each, the winter and the summer seasons. We further examined the effects of parity on ghrelin secretion. Blood was collected from 10 primiparous or multiparous Israeli-Holstein dairy cows throughout the estrous cycle, in both, the hot and cold seasons. The levels of acylated and total ghrelin were measured in the blood samples. We found that both acylated and total ghrelin levels during heat stress were lower than their respective levels in the winter in both, primiparous and multiparous cows. No differences in acylated and total ghrelin levels were found between primiparous and multiparous cows in both seasons. We further found that in multiparous but not primiparous cows acylated ghrelin secretion oscillated during the estrous cycle in both seasons. Its levels peaked on the last days of the first follicular wave and on the days before and during ovulation. Interestingly, we found that elevated acylated ghrelin levels correlated with conception success and increased total ghrelin levels were associated with successful conception from first insemination. Our data is the first to demonstrate seasonal variation in ghrelin secretion. This study provides evidence for the yet unfamiliar link between heat stress, ghrelin and fertility. Increased circulating acylated ghrelin may contribute to improved fertility in dairy cows. It further raises the possibility of a link between ghrelin levels and successful inseminations. Further research is required to determine the effects of ghrelin on dairy cow performance.