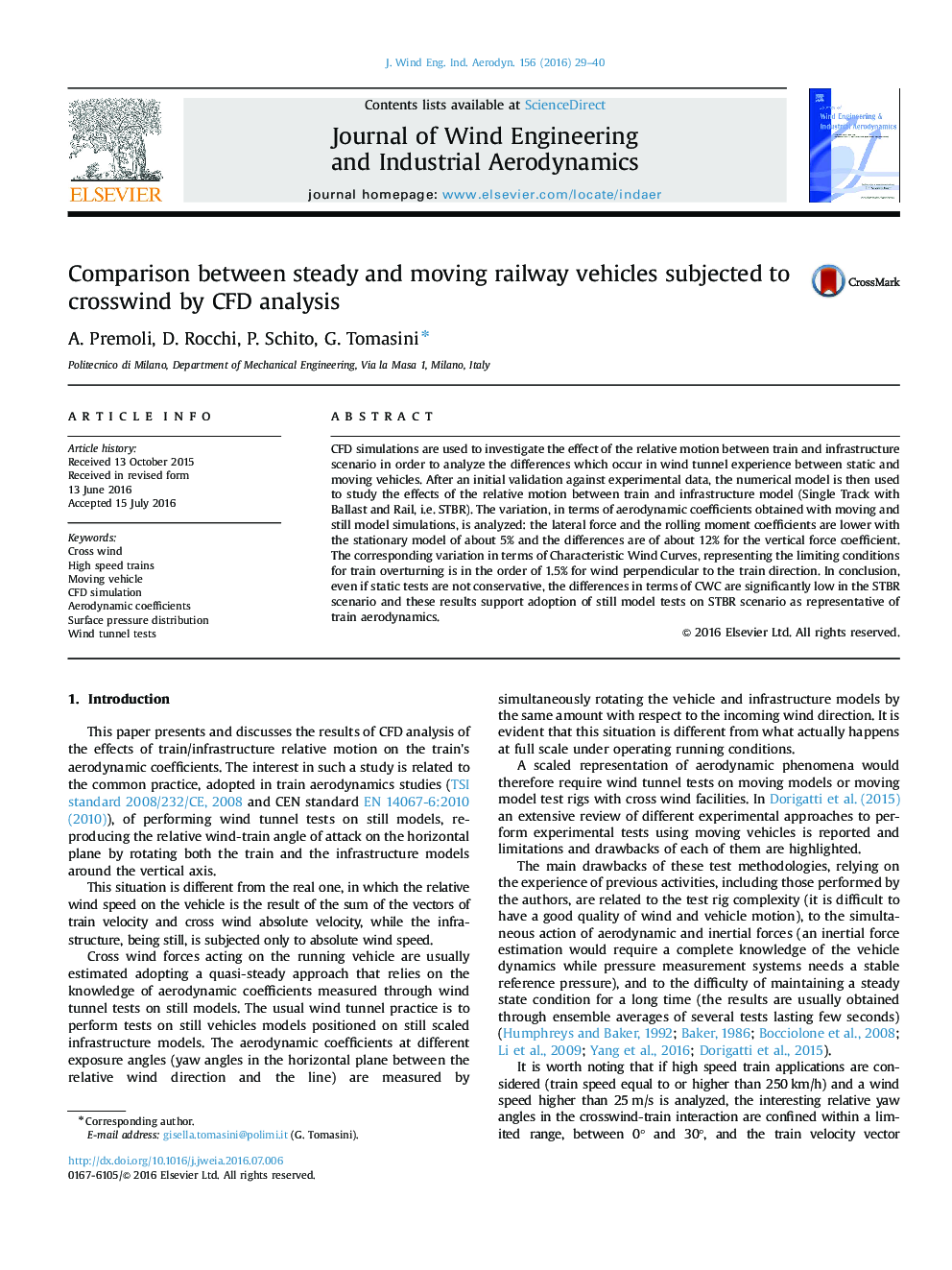 CFD simulations are used to investigate the effect of the relative motion between train and infrastructure scenario in order to analyze the differences which occur in wind tunnel experience between static and moving vehicles. After an initial validation against experimental data, the numerical model is then used to study the effects of the relative motion between train and infrastructure model (Single Track with Ballast and Rail, i.e. STBR). The variation, in terms of aerodynamic coefficients obtained with moving and still model simulations, is analyzed: the lateral force and the rolling moment coefficients are lower with the stationary model of about 5% and the differences are of about 12% for the vertical force coefficient. The corresponding variation in terms of Characteristic Wind Curves, representing the limiting conditions for train overturning is in the order of 1.5% for wind perpendicular to the train direction. In conclusion, even if static tests are not conservative, the differences in terms of CWC are significantly low in the STBR scenario and these results support adoption of still model tests on STBR scenario as representative of train aerodynamics.