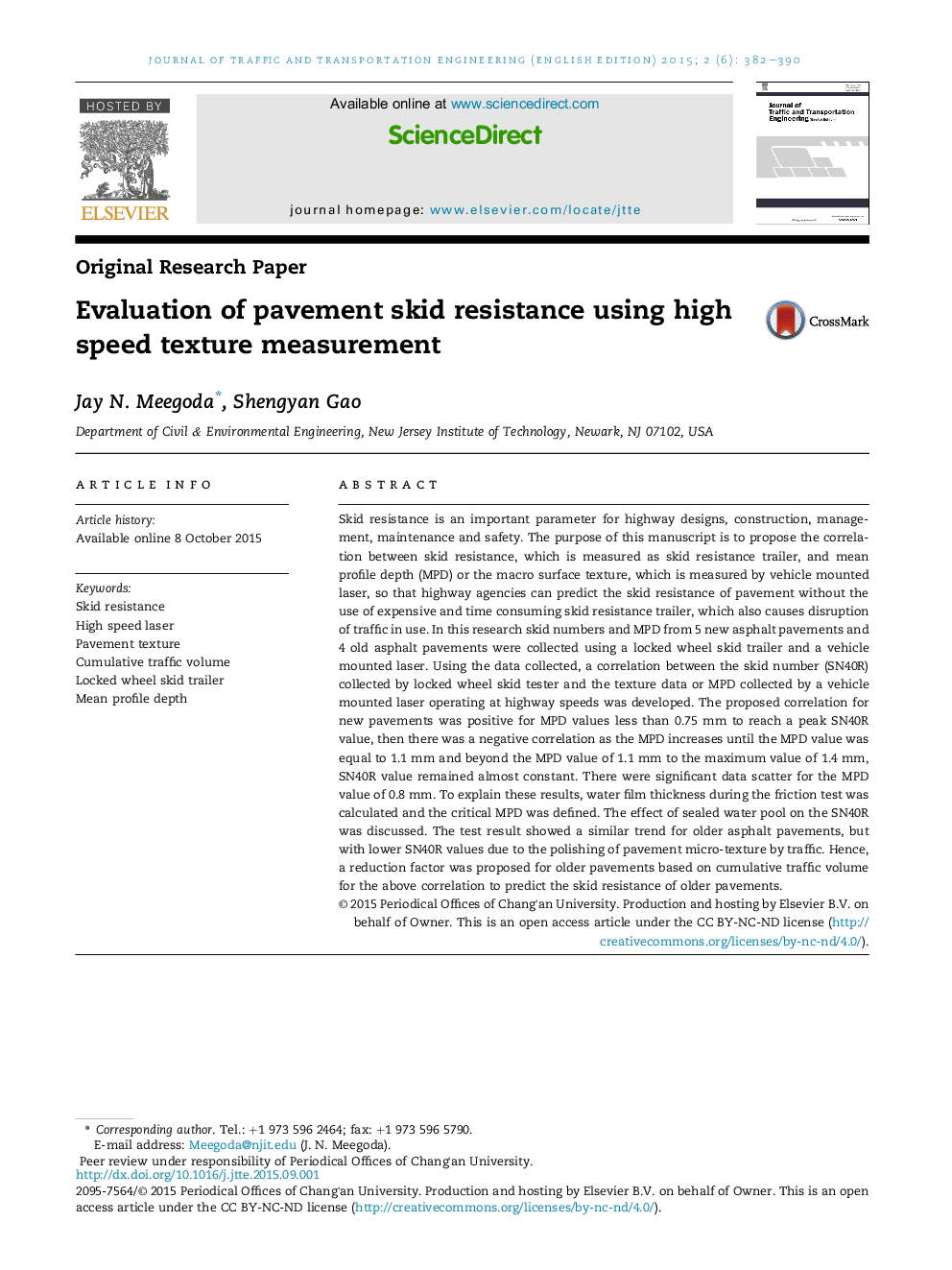 Skid resistance is an important parameter for highway designs, construction, management, maintenance and safety. The purpose of this manuscript is to propose the correlation between skid resistance, which is measured as skid resistance trailer, and mean profile depth (MPD) or the macro surface texture, which is measured by vehicle mounted laser, so that highway agencies can predict the skid resistance of pavement without the use of expensive and time consuming skid resistance trailer, which also causes disruption of traffic in use. In this research skid numbers and MPD from 5 new asphalt pavements and 4 old asphalt pavements were collected using a locked wheel skid trailer and a vehicle mounted laser. Using the data collected, a correlation between the skid number (SN40R) collected by locked wheel skid tester and the texture data or MPD collected by a vehicle mounted laser operating at highway speeds was developed. The proposed correlation for new pavements was positive for MPD values less than 0.75 mm to reach a peak SN40R value, then there was a negative correlation as the MPD increases until the MPD value was equal to 1.1 mm and beyond the MPD value of 1.1 mm to the maximum value of 1.4 mm, SN40R value remained almost constant. There were significant data scatter for the MPD value of 0.8 mm. To explain these results, water film thickness during the friction test was calculated and the critical MPD was defined. The effect of sealed water pool on the SN40R was discussed. The test result showed a similar trend for older asphalt pavements, but with lower SN40R values due to the polishing of pavement micro-texture by traffic. Hence, a reduction factor was proposed for older pavements based on cumulative traffic volume for the above correlation to predict the skid resistance of older pavements.