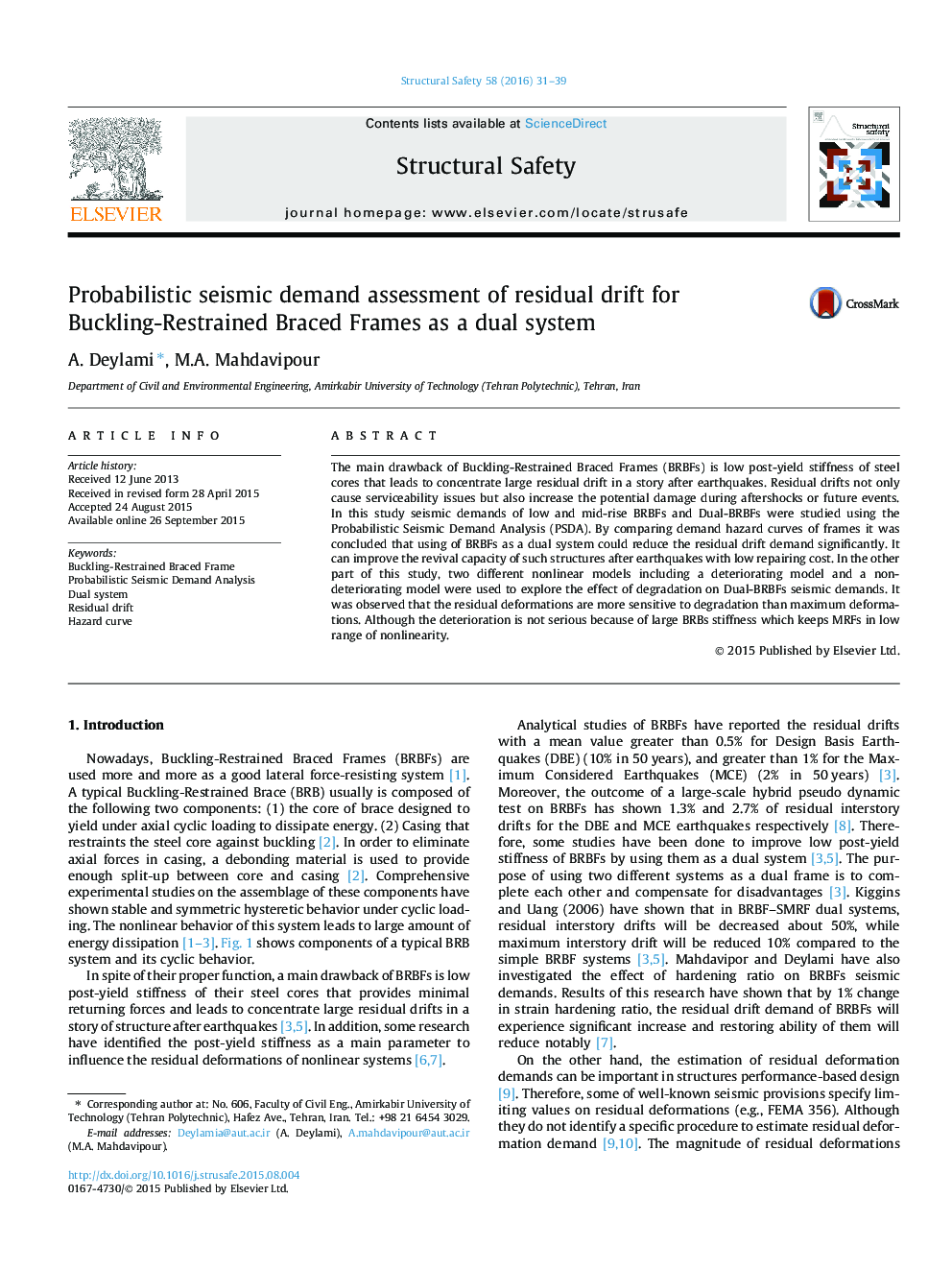 The main drawback of Buckling-Restrained Braced Frames (BRBFs) is low post-yield stiffness of steel cores that leads to concentrate large residual drift in a story after earthquakes. Residual drifts not only cause serviceability issues but also increase the potential damage during aftershocks or future events. In this study seismic demands of low and mid-rise BRBFs and Dual-BRBFs were studied using the Probabilistic Seismic Demand Analysis (PSDA). By comparing demand hazard curves of frames it was concluded that using of BRBFs as a dual system could reduce the residual drift demand significantly. It can improve the revival capacity of such structures after earthquakes with low repairing cost. In the other part of this study, two different nonlinear models including a deteriorating model and a non-deteriorating model were used to explore the effect of degradation on Dual-BRBFs seismic demands. It was observed that the residual deformations are more sensitive to degradation than maximum deformations. Although the deterioration is not serious because of large BRBs stiffness which keeps MRFs in low range of nonlinearity.