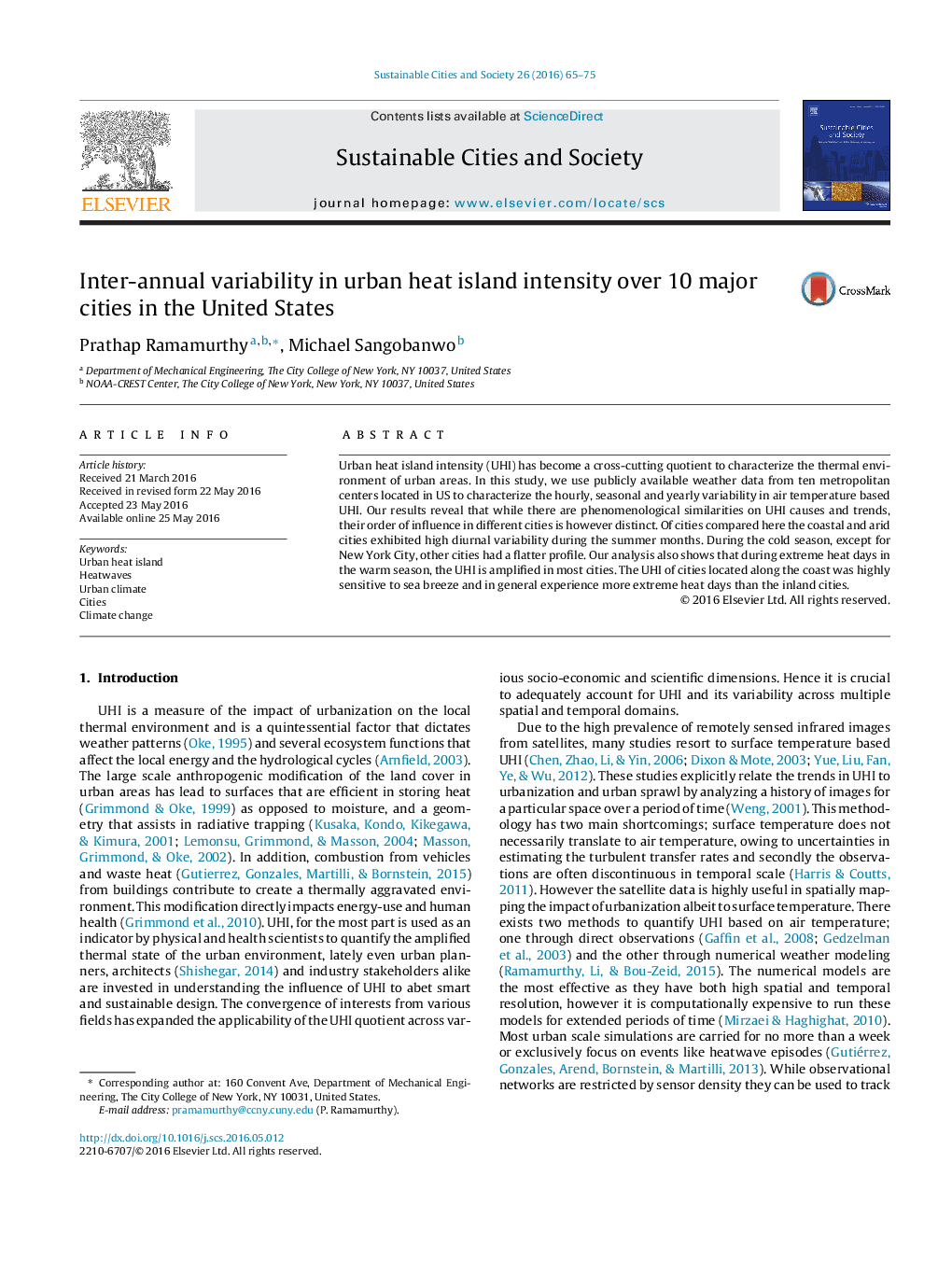 Urban heat island intensity (UHI) has become a cross-cutting quotient to characterize the thermal environment of urban areas. In this study, we use publicly available weather data from ten metropolitan centers located in US to characterize the hourly, seasonal and yearly variability in air temperature based UHI. Our results reveal that while there are phenomenological similarities on UHI causes and trends, their order of influence in different cities is however distinct. Of cities compared here the coastal and arid cities exhibited high diurnal variability during the summer months. During the cold season, except for New York City, other cities had a flatter profile. Our analysis also shows that during extreme heat days in the warm season, the UHI is amplified in most cities. The UHI of cities located along the coast was highly sensitive to sea breeze and in general experience more extreme heat days than the inland cities.