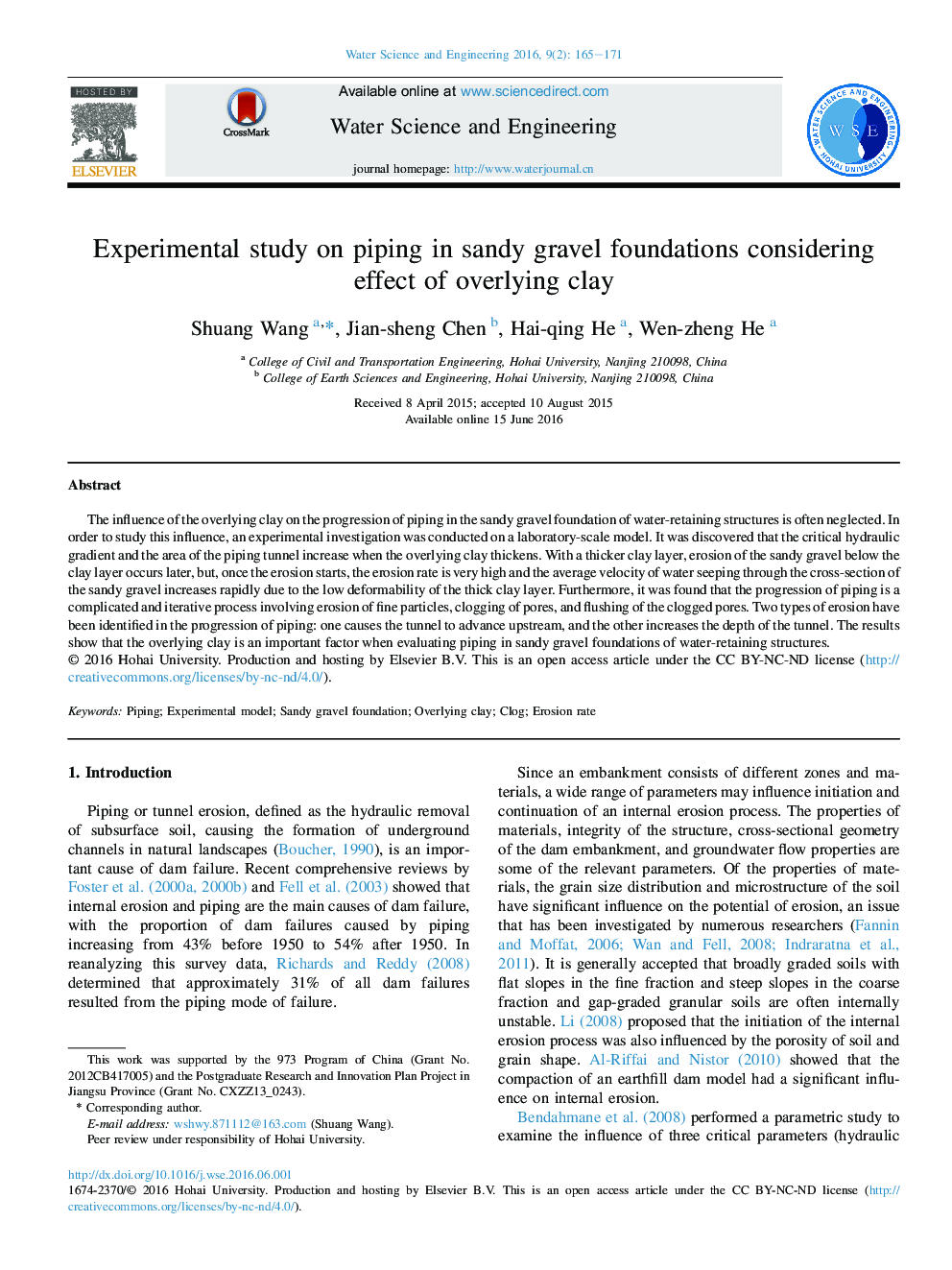 The influence of the overlying clay on the progression of piping in the sandy gravel foundation of water-retaining structures is often neglected. In order to study this influence, an experimental investigation was conducted on a laboratory-scale model. It was discovered that the critical hydraulic gradient and the area of the piping tunnel increase when the overlying clay thickens. With a thicker clay layer, erosion of the sandy gravel below the clay layer occurs later, but, once the erosion starts, the erosion rate is very high and the average velocity of water seeping through the cross-section of the sandy gravel increases rapidly due to the low deformability of the thick clay layer. Furthermore, it was found that the progression of piping is a complicated and iterative process involving erosion of fine particles, clogging of pores, and flushing of the clogged pores. Two types of erosion have been identified in the progression of piping: one causes the tunnel to advance upstream, and the other increases the depth of the tunnel. The results show that the overlying clay is an important factor when evaluating piping in sandy gravel foundations of water-retaining structures.