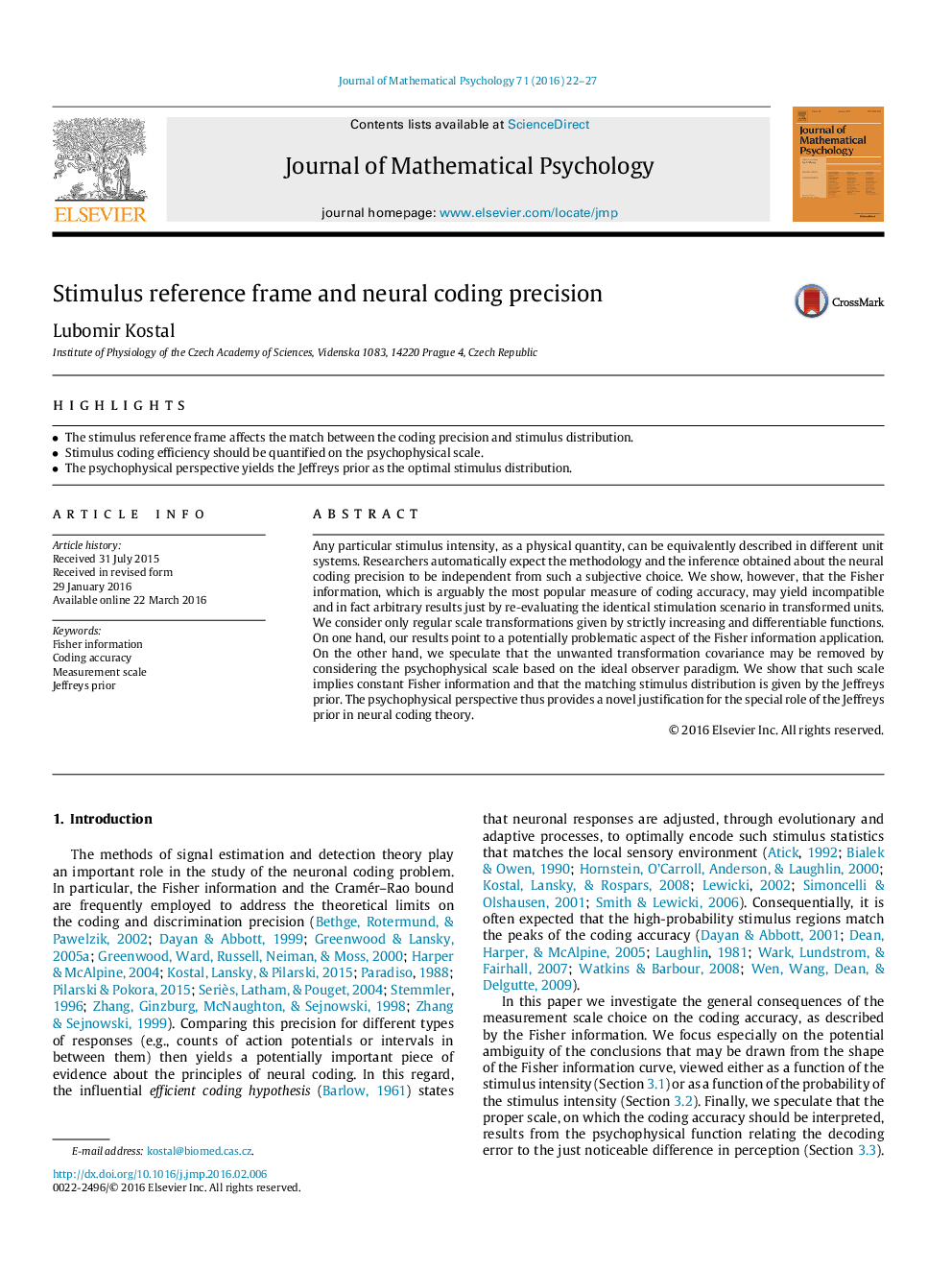 Any particular stimulus intensity, as a physical quantity, can be equivalently described in different unit systems. Researchers automatically expect the methodology and the inference obtained about the neural coding precision to be independent from such a subjective choice. We show, however, that the Fisher information, which is arguably the most popular measure of coding accuracy, may yield incompatible and in fact arbitrary results just by re-evaluating the identical stimulation scenario in transformed units. We consider only regular scale transformations given by strictly increasing and differentiable functions. On one hand, our results point to a potentially problematic aspect of the Fisher information application. On the other hand, we speculate that the unwanted transformation covariance may be removed by considering the psychophysical scale based on the ideal observer paradigm. We show that such scale implies constant Fisher information and that the matching stimulus distribution is given by the Jeffreys prior. The psychophysical perspective thus provides a novel justification for the special role of the Jeffreys prior in neural coding theory.